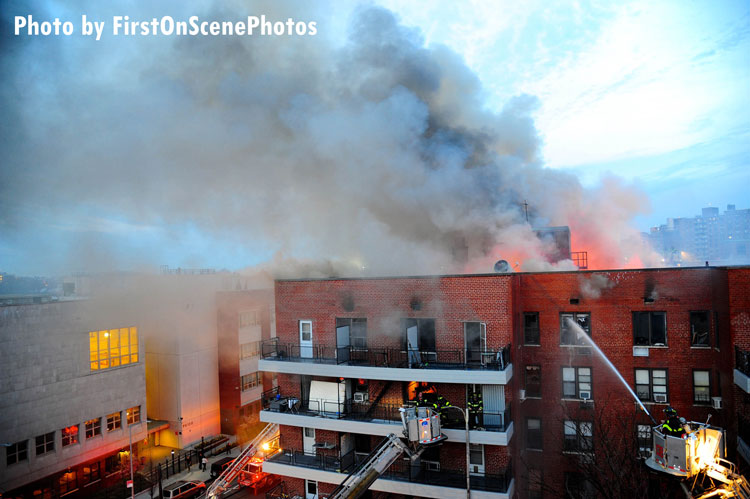 Hundreds of New York residents were displaced by a raging five-alarm fire in the Elmhurst section of Queens early Tuesday evening April 11.

The blaze occurred on an upper floor of the seven-story apartment house at 56-11 94th Street around 6:30 p.m.

The fire quickly spread to the cockloft and then to the adjoining wings of the building.

More than two hundred and fifty FDNY firefighters were on the scene with the fire, which took almost four hours to bring under control.

This was only the second time that the new FDNY Drone was deployed to assist in command operations.