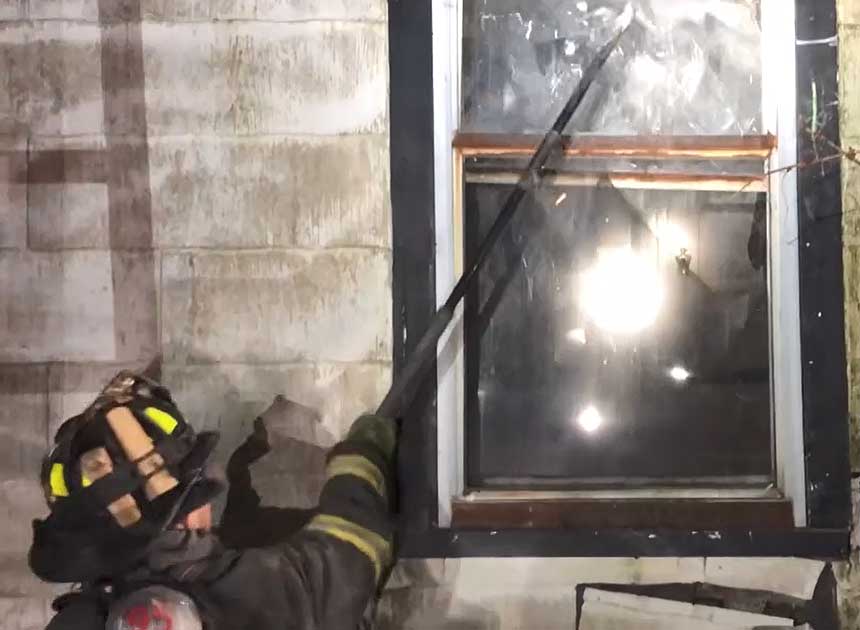 On today’s firegrounds, it seems everyone has a radio and can hear what’s transpiring. Firefighters must maintain radio discipline (unnecessary talking when word of mouth might work better, pressing the transmit button prior to listening if someone else is speaking) and monitor the radio for all transmissions because they can affect your operating procedures and tactics. It’s important that you transmit with the microphone in front of the voicemitter on your face piece so the message isn’t garbled and can be heard clearly by those operating on the scene. It’s also important that you don’t “step” on others as they’re transmitting “Urgent or Mayday” or other important messages (fire extending) that the chief is waiting to receive.

Conflicting Radio Reports on the Fireground

Fireground Radio Channel: To Switch or Not to Switch?

Following are important messages for company officers to transmit to units and command so everyone is better informed during the firefight.

If you’re lucky enough to have a truck company inside performing a search for the seat of the fire and victims—which, by the way, often is occurring at the same time on your way in—the engine officer will be so relieved to hear these simple words of directions. The engine now knows the fire’s location and how they’re going to follow the left wall into the structure and proceed to the fourth door to the seat of the fire. Sometimes, the truck may send a member back to the engine if there are obstructions in the way or it will be a difficult path to the fire and a simple message like this can’t be given over the radio. If you have a truck company entering prior to the hoseline, the officer should plan on giving them this report. It also lets the chief know the fire has been located and the engine is soon going to advance and extinguish the bulk of the fire.

Some of you don’t have the good fortune of having a truck company operating in unison with the engine and calling for the windows to be taken when the engine is going to open up the hoseline on the fire, but if you do, transmit this important message. Remember, studies prove that giving the fire more air before water is applied allows the fire to grow in intensity and draw the fire to that ventilation point, so ventilation efforts must be coordinated and transmitted when it’s okay to take the windows, which can be done by the engine officer who’s going to know exactly when water is applied. When the engine starts operating the line on the fire, the truck officer should radio the chief, “The engine is putting water on the fire.”

It’s not a bad idea for any firefighters conducting vent-enter-search tactics to inform the inside team of their intentions since they will be breaking windows opposite the line’s advance.

“The Primary Search Will Be Delayed”

Whenever units have a delayed primary search, they should relay it to command. Giving the reason is also important (heavy clutter, heavy-duty security devices) and “paints the picture” for the chief at the command post of what the companies are encountering inside the structure. It may also prompt the chief to ask if other assistance is needed, request additional units, or transmit an additional alarm based on the information the interior companies provide.

“We Have Wrap-Around Effect”

Whenever you encounter unusual events or have a problem with entry or extinguishment, you must inform command. Having a difficult door to force or encountering a wrap-around effect (when a room has two means of egress and the fire is pushed by the hose stream and wraps around you from the other direction) inhibits a quick fire knockdown and delays search. Informing the chief that complete fire extinguishment will be delayed lets him know that although the line has been charged and operating for a period, you’re having problems and may need a second line to assist the first line’s progress.

“Primary Is Negative Except the Immediate Fire Area”

Often, when the truck has completed the primary search, the report states the primary is negative but shouldn’t you add “except the immediate fire area” to that report? Often, the immediate fire room or area will be engulfed in smoke, steam, and smoldering fire and not allow a good primary to be conducted in the area until some of it clears. Then, the truck can get in there and search the final area for the primary to be complete. Another important transmission should be, “The secondary is complete and negative,” meaning a complete and thorough search of all rooms (under the beds, in the closets, in the tub, in cabinets, behind furniture, and in dresser drawers—sometimes used as cribs) has located no victims.

Depending on the type of building you’re operating in, these three words can turn a simple room-and-contents fire into a multiple alarm. In balloon-frame homes, this can mean you’d better search the basement to see if the fire started there and showed up in the attic first; or, if it was a fire in the walls on the first floor, you’d better check the top (attic) and bottom (basement) for fire extending upward or embers that have dropped down. When the chief hears these words, be prepared to hear that a multiple alarm is being transmitted, especially if you transmit you have fire extension into the exposures or cockloft. Both are going to require more hoselines stretched and truck companies opening up more areas to expose the extending fire.

Just as important as transmitting clear and concise messages, it’s important to listen to them as well and do what you’re instructed to do. You might think from your vantage point it’s all good and you’re making progress, but you can’t see what the command post can see. Train yourself to listen to all the “Radio Ga Ga”!

MICHAEL N. CIAMPO is a 34-year veteran of the fire service and a lieutenant in the Fire Department of New York. Previously, he served with the District of Columbia Fire Department. He has a bachelor’s degree in fire science from John Jay College of Criminal Justice in New York City. He is the lead instructor for the FDIC International Truck Essentials H.O.T. program. He wrote the Ladders and Ventilation chapters for Fire Engineering’s Handbook for Firefighter I and II (Fire Engineering, 2009) and the Bread and Butter Portable Ladders DVD and is featured in “Training Minutes” truck company videos on www.FireEngineering.com.

Podcast: In Their Own Words: Jaime Reyes