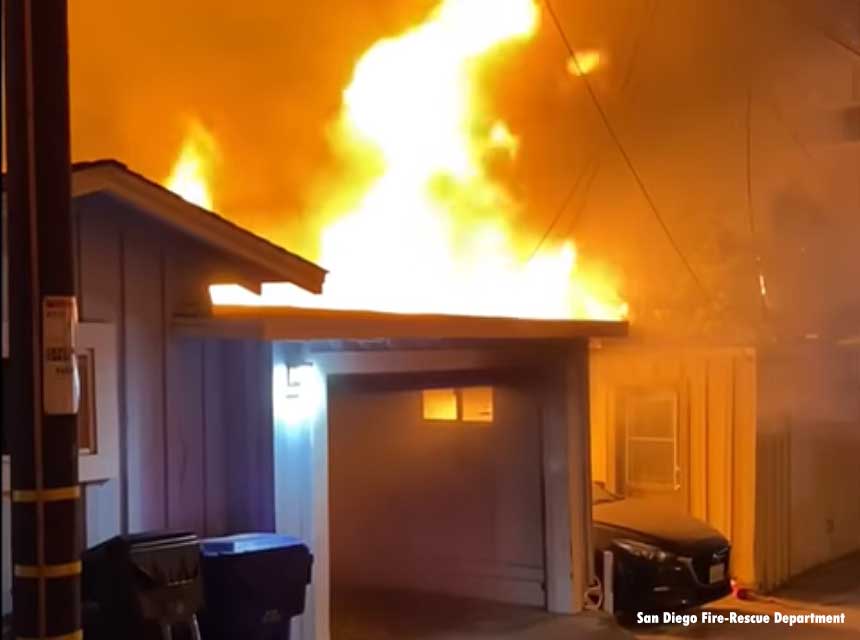 A two-alarm fire damaged three homes in Mission Beach early Sunday and one firefighter was injured while battling the blaze, a San Diego Fire-Rescue official said.

When crews arrived they found a single-story home fully engulfed with fire extending to adjacent buildings on both sides, Gerboth told OnScene TV. Crews began “an aggressive attack” on the blaze and a second alarm was called to summon more firefighters, he said.

“All the occupants were able to make it out prior to (our) arrival,” Gerboth said.

Around 10 homes in the densely populated area were evacuated as crews worked to extinguish the flames, he said. Video from the scene showed at least two vehicles parked in garages that appeared to be damaged.

According to an online dispatch log, nearly 70 fire personnel, including eight engines, were assigned to the fire.

Two adults were displaced and were being helped by the Red Cross, said Battalion Chief David Pilkerton.

The cause and origin of the fire were not known, Pilkerton said.

THE DANGERS OF MOBILE HOME FIRES