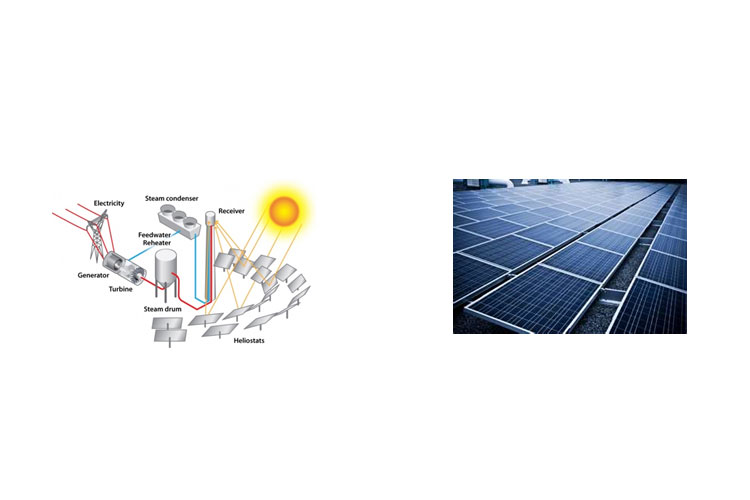 Today in the United States, demand for solar is at an all-time high and the fire service must become educated and trained on the building construction designs and inherent dangers presented. The amount of solar power installed in the U.S. has increased more than 23 times over the past eight years–from 1.2 gigawatts (GW) in 2008 to an estimated 27.4 GW at the end of 2015. According to the Solar Energy Industries Association, that’s enough energy to power the equivalent of 5.4 million average American homes. The Federal Energy Regulatory Commission has concluded that more solar energy capacity was added in 2015 than natural gas, making the U.S. the third-largest solar market in the world; it is positioned to become the second very soon. Of all the new generating capacity added to the U.S. electrical grid in 2015, 29.4 percent came from solar power installations. This investment saves 75 million barrels of oil and 35 million tons of carbon pollution annually.

Solar energy is radiant light and heat from the sun, while solar power is the conversion of that energy into electricity. Two types of solar systems, Concentrating solar power (CSP) and photovoltaic (PV), are used to produce electrical energy. CSP uses the sun’s energy to create enough heat to produce electricity by using mirrors to focus or concentrate direct sunlight to produce very high temperatures that turn water into steam (Figure 1.) The steam drives a turbine, which turns an electric generator, thereby producing power. CSP involves large-scale installations that typically provide power for entire cities, communities, or regions. PV systems use diffused or direct sunlight to convert solar energy into electricity using silicon cell collectors that are scalable; they may be used in anything from calculators to residential and commercial applications to large utility power generation known as solar farms. (Figure 2, above).

Sunlight energy is captures by the collector cells on the PV panel and that energy flows as direct current (DC) electricity across the cells. Electrical conductor posts are connected to the panel through wiring to complete the power circuit. The DC power is converted to standard alternating current (AC) for residential and commercial use through and inverter. These inverters can be located directly on the PV panel or connected in the electrical circuit series wiring that supplies power to the facilities circuit breaker panel.

Although solar power systems can function alone (off grid), most common residential and commercial configurations are integrated as a supplement to the utility company’s electrical grid service. In a typical residential wiring scheme, the electrical power provided by the PV system is on the inside of the utility meter and routed to power the household circuit breaker panel. When the solar system is functioning, the utility company electrical feed is completely by-passed, requiring no power consumption from the utility grid supply The electrical meter would not be operating or “spinning” in this case. It is critical to point out that during incident operations, affecting utility control at the circuit breaker panel is the most practical isolation of electrical power within the structure. Having the meter removed by the utility company will only isolate electrical power from the standard grid while the PV solar system may remain functioning to produce electricity (Modules on roof may remain fully energized, but inverters will be off, so there would be no AC in structure.). Also note that many consumers sell or get credit for their excess solar produced electricity by providing it back to the utility company. This is done by back-feeding the solar produced electricity through the traditional meter and onto the utility grid system. Be aware and take notice of this condition as the meter would be running backwards (digital meters are difficult to determine direction of power flow.). 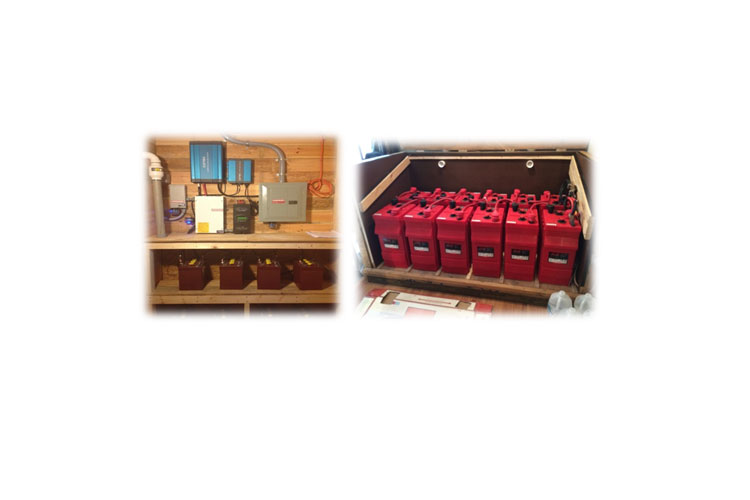 To maintain power during overcast days (even though the PV cells will generate energy from the sun’s light and infrared rays that penetrate through clouds) many solar power systems are equipped with battery storage systems (Photos 3-4 above). Many wiring and battery storage configurations exist that are not easily detectable during your initial 360° walkaround (Figure 5, below). The additional potential for a hazardous materials event or toxic chemical fire exists at residential and commercial structures now.

You cannot effectively block all the sunlight with salvage covers (*), foam or tarps during day time operations and declare the PV system “safe.” The sun’s energy is still present during cloudy, rainy or snowy days. Scene lights and flashlights will create enough illumination for PV systems to generate electricity during nighttime operations. 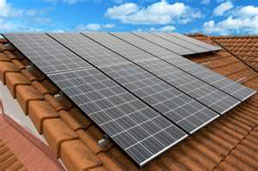 Most PV panels are mounted on the structural roof line (Photo 6). Horizontal hydraulic or positive-pressure ventilation may be your best alternative. If needed, vent at the highest point of the structure without compromising the PV panel system. Cutting PV panels or walking on or breaking the protective glass, may concentrate the release of electrical energy at that point.

PV panels are now commonly incorporated into automobiles, including emergency apparatus. Personnel should develop an understanding of the operation and isolation of power during motor vehicle accidents or fires is essential. 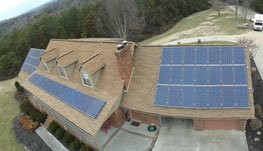 Increased roof collapse potential exists because of the added weight of the PV panel system. Most building construction designs do not take into consideration the addition on average of 40-85 PV panels weighing 35-50 pounds each plus  an additional 5 pounds per square foot of racking and mounting hardware (Photo 7). With 40 PV panels installed there is an additional 2,000-plus pounds of added dead load to the truss system.

PV panels and battery storage systems will burn producing toxic fumes and chemical hazards. The use of CO2 and dry chemical extinguishing agents is highly recommended. Also, be aware that PV system wiring harnesses and pipes are being run throughout the structure. These pose electrical hazards when pulling ceiling and walls and may compromise firewall and structural integrity of many supporting beams. 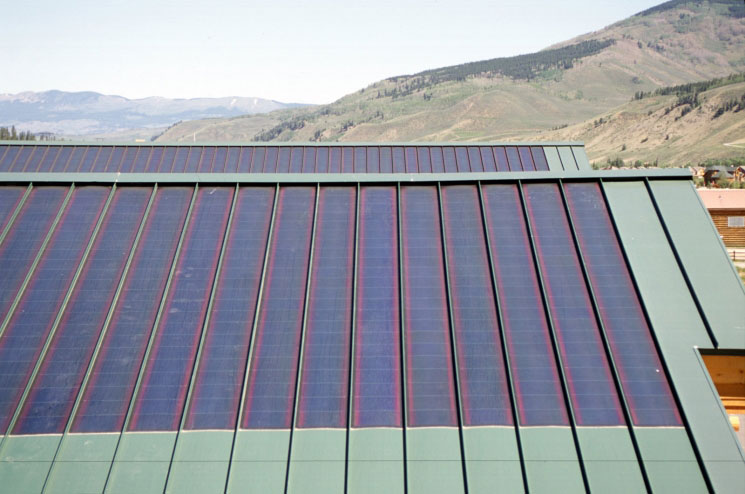 (8) Courtesy of U.S. Department of Energy. 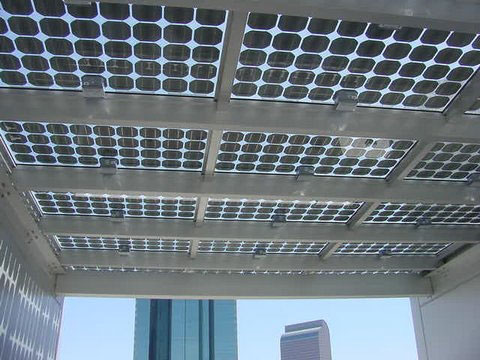 (9) Courtesy of U.S. Department of Energy.

With the advancement of new compounds and composite materials, PV collecting cells are being integrated into building construction designs. Roofing shingles and tiles, glass windows, skylights and siding have been developed and are in use with embedded solar collectors (Photos 8-9). These assimilated designs are not easily identifiable and can be overlooked during incident operations. Building codes including electrical wiring standards have been slow to develop and no universal adoption has taken place.  Building construction preplanning is essential to understanding the design, makeup, and potential hazards being constructed in your community. Your increased knowledge and understanding of these systems will improve your situational awareness and contribute to an effective outcome.

(*) UL’s research project found this is dependent on the opaqueness of the cover, but this is not recommended anymore because of to the potential for shock from contact with a damaged system.

JEFF SIMPSON a 33-year veteran of the fire and EMS service, is a past chief of Salisbury (MD) Fire Department. He holds progressive degrees in engineering, management, and public administration, and is certified as a Virginia state fire instructor, FEMA level safety and command officer, and is training chairman of the Central Virginia Type 3 All Hazards Incident Management Team. He currently sits on the American Military University Industry Advisory Council and advises on their Emergency Management and Disaster Preparedness cirriculum. Simpson lectures nationally on handling emergencies involving railroad incidents, solar energy and firefighter safety, and survival, and teaches FDIC HOT and conference sessions on the same topics. Simpson has written many articles for Fire Engineering and FireRescue magazines and is a 2006 Governor’s Award Finalist for Excellence in the Virginia Fire Service.