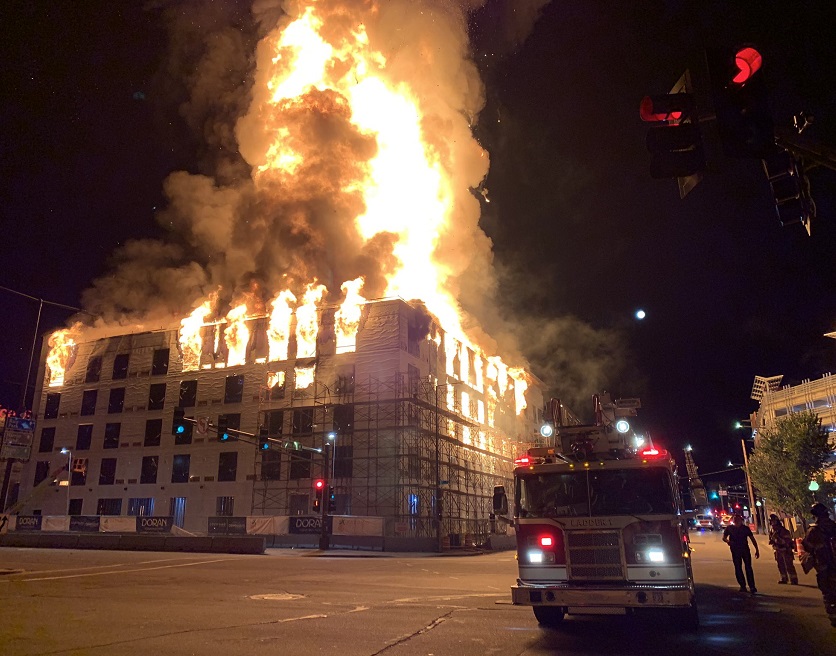 According to a report from CBS4, St. Paul (MN) Fire Department (SPFD) crews responded to a massive, early-morning fire that was raging at a construction site. Firefighters knocked down the fire swiftly.

The flames began at around 4 a.m. at a still-under-construction building near the intersection of West 7th Street and Kellogg Boulevard, across from the Xcel Energy Center.

Before daybreak, the fire was raging; flames were shooting into the sky, leaving a plume of dark smoke that was seen from weather radar. Debris and bits of charred building material were strewn on the ground near the site. The heat became so intense it melted nearby traffic lights.

According to the SPFD, it took crews about one hour and 40 minutes to extinguish the fire. One successful tactic that aided the extinguishment was dousing the fire from above. By 6 a.m., the fire was nearly out, with only hot spots remaining.

According to The Star Tribune, the fire building was identified as the “Gateway,” a $69 million apartment/hotel project being built by Doran Companies.

The cause of the fire is still under investigation. No injuries have been reported.