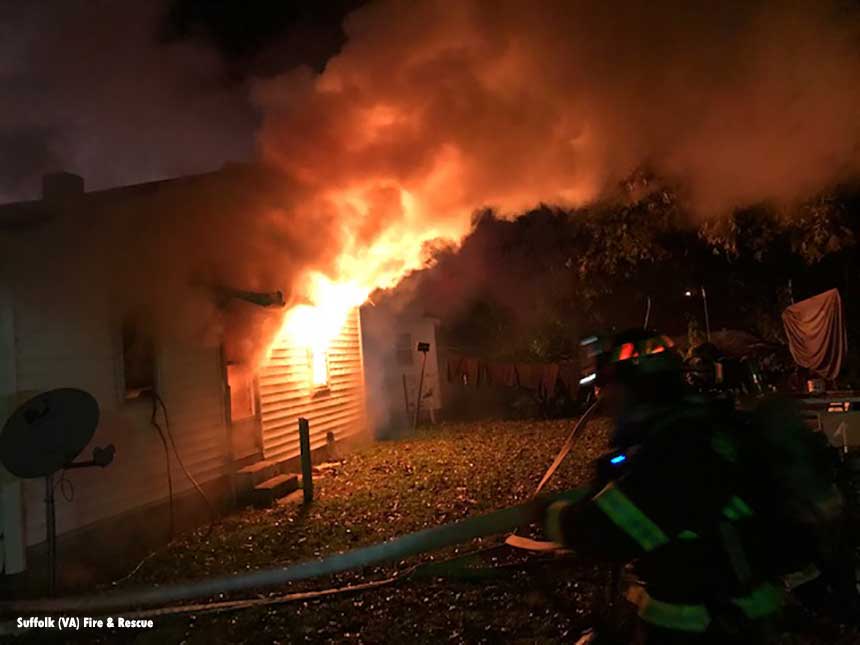 Suffolk (VA) firefighters responded last night to a house fire that sent one person to the hospital.

Emergency Communications was contacted at 7:14 p.m. and the first unit arrived on scene at 7:19 p.m.

A single occupant had evacuated prior to arrival of fire units and was located at a neighbor’s house with burns. Medic 3 provided ALS assessment and treatment to the male occupant and transported the patient to Sentara Norfolk General Hospital with serious burn injuries.

The residence sustained heavy fire, smoke and heat damage. The fire was under control at 7:42 p.m.

The single occupant was displaced by the fire. There were no injuries to firefighters. The fire is under investigation by the Suffolk Department of Fire & Rescue Fire Marshal’s Office.