What is the recipe for success? That is the question the fire service has been asking itself for many years. Success is defined as “the accomplishment of an aim or purpose.” I contend that success for the business of fire and rescue is of utmost importance. People live and die by our ability to be successful. Although we cannot always guarantee success, we should never give up on trying to better ourselves by chasing the definition of success and applying it to the job of being a firefighter. This is especially important concerning operating at emergencies. For every successful endeavor, there will always be ingredients; framework; or an anatomy, if you will, of that particular success.

In the early morning hours on Valentine’s Day 2019, success was defined in Fort Walton Beach, Florida, when a homeless woman was plucked, literally seconds from her death, from a room (and an entire house) on fire. She was barricaded in a back room of an abandoned house, trapped in a room with no way to escape, and screaming for help from somebody—anybody, alive.

On the Line: Pursuing Perfection and Catching Excellence

A military man on his way to work stopped to call 911 and report a fire. As he made his way around the outside of the home, searching for anyone who could be inside, he heard a woman from the back corner of the home screaming, “HELP, HELP ME!” repeatedly. The sheriff deputies showed up, and the military man directed them to the back of the home where he heard the woman screaming for help. They also heard the screaming and started beating, with everything they had, on the boarded-up window—using flashlights, tire irons, tree limbs, anything they had, but nothing was working. 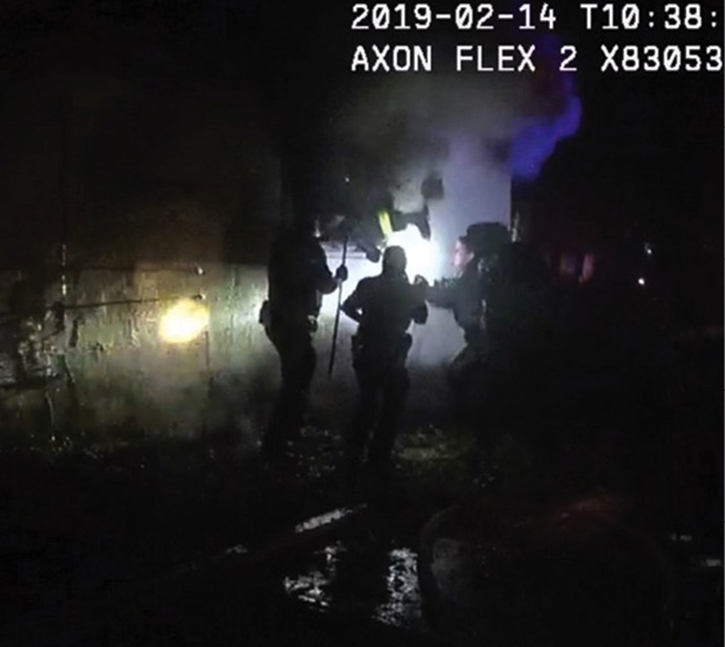 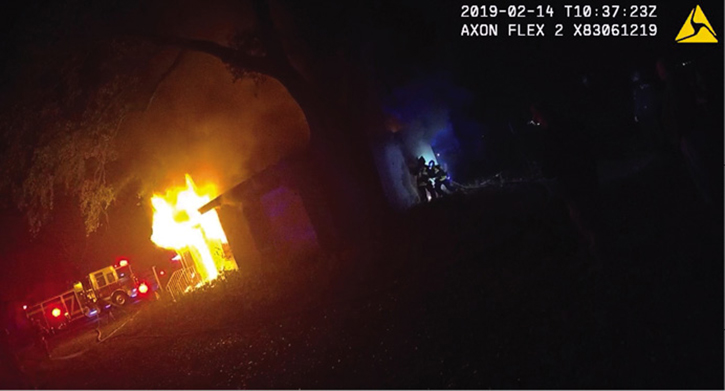 The fire grew rapidly and raged out of control. It was overtaking the entire home and filling the space where she was located with thick, black smoke. The deputies relayed to dispatch that a person was indeed trapped in the home, and they kept working to free the board from the window in an attempt to rescue the woman. The deputies began an all-out assault, trying to pry open the board that was screwed into the window frame. Finally, they were able to get a small opening on the window, but that was all they could get open.

As you can imagine, that hole the deputies made began to draw the fire to her location; thicker smoke began to billow out of the small hole. The heat was rapidly rising on her bare skin. “HELP, PLEASE, SOMEBODY,” she cried.

Sirens from the approaching fire engine began to blare as they got closer to the scene. The bystanders and the deputies had done all they could, and she was still trapped. They were out of options. They could do no more to help, and conditions were becoming worse by the second. Hope for rescue was rapidly diminishing for everyone on the scene. The three firefighters on Engine 7 that fateful morning were her last hope for life. They were ready for the test, 18 years in the making.

In the anatomy of this rescue on Valentine’s Day morning, at a fundamental level, three parts contributed to the success: purpose, preparation, and execution. I have found that these three ingredients have proven successful for organizations (including mine) for many years. Let’s break down these three points and discuss their application.

A quote from one of my mentors growing up was this, “If you shoot for nothing, you’ll surely hit it.”–Jim Grabo. When you have no purpose, you end up aimless. We must have purpose, and that purpose must be believed and lived throughout the organization top to bottom. For us as firefighters, it’s simple: save and preserve life. We must develop a purpose-driven culture that supports that initiative, a culture that has shared values and passion for the job. A sense of purpose truly comes from within, and you can’t find meaning with a company/fire department that doesn’t share your values. We must stack our teams with those who share the passion for the job. When everyone is aligned as part of a bigger movement, that’s when the true meaning behind your work resonates. Invest in your people and give them purpose every day. Leaders in an organization must not only voice that purpose but support it practically by providing tools and training to be our best. Firefighters of all ranks can lead and encourage the greater purpose to the culture of which they are a part, the purpose of saving lives. This is not “just a job” but indeed a calling.

Purpose is lived out and supported by preparation. Preparation is the main ingredient or the backbone of the anatomy of a rescue. Everything we do supports the search. Nobody else is going to do it. It’s up to us. We should prepare every shift for this moment. How do we do that? Here are a few ways we can increase our preparation:

When the bell rings, are you prepared? Have you done your part? Are you ready to make the decision and put it all on the line? Execution of a rescue is the Super Bowl of emergencies for us firefighters. The execution is the culmination of our purpose and preparation. The public expects perfect execution 100% every time, although we know this to be impossible. It’s unfair to expect every incident to be a win, but it is also unfair to not be prepared to execute the one thing the public expects us to be experts at: rescue. 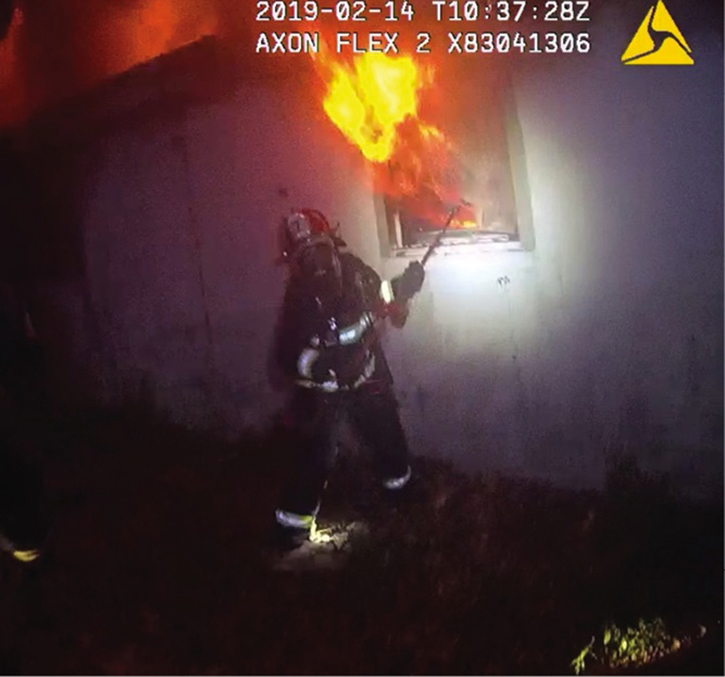 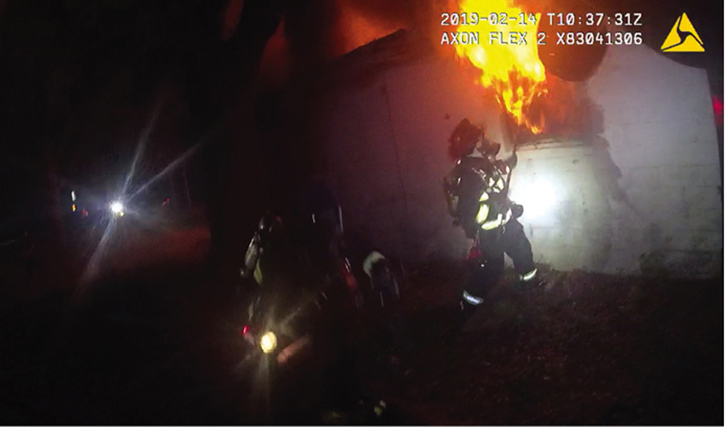 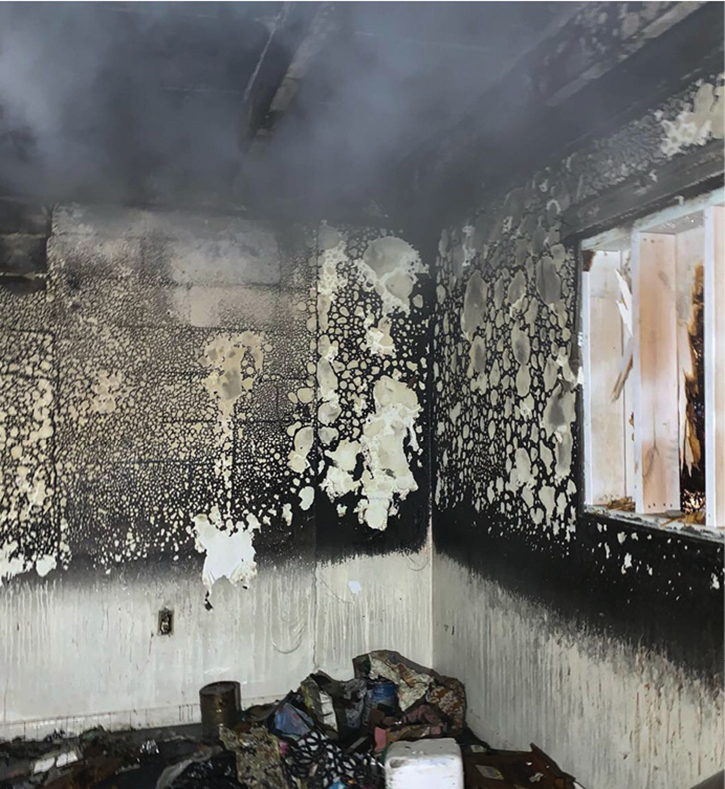 To quote the late Deputy Chief John Eversole of the Chicago (IL) Fire Department: “Our department takes 1,120 calls every day. Do you know how many of the calls the public expects perfection on? 1,120. Nobody calls the fire department and says, ‘Send me two dumb-ass firemen in a pickup truck.’ In three minutes, they want five brain-surgeon decathlon champions to come and solve all their problems.”

Now for the end of the story: On Engine 7’s arrival, the captain directed the nozzleman to “stretch the 150 for attack.” As soon as the captain opened his door, the deputy yelled, “HURRY WITH YOUR CROWBAR, BACK DOOR, BACK DOOR!” After a quick jog to the rear of the home to assess the situation, the captain quickly realized how grave things had become: confirmed entrapment by verbal contact with the victim; intact wooden window screwed into the frame; and thick, black smoke pouring from the hole made by the deputies.

“SCOTT! MOVE THE LINE AROUND THE BACK, QUICK! QUICK! QUICK!” the captain directed the nozzleman. We all knew that water was the only way the victim would survive.

After a quick mask-up, the captain immediately started working on freeing the wooden window while the nozzleman continued to get dressed out. By this time, the line was charged and bled, ready to go. While the crew was working around back, the driver was moving at an athlete’s pace stretching the bumper line and directing incoming companies to attack the fire from the front door. Things were happening quickly, smoke was intensifying with the fire, and tasks were getting done without much communication between the crew.

As the captain gained access by removing the board from the window, the smoke got more turbulent, the victim screamed with agony, and the fire showed itself and began to blow. “NEED WATER IN THE WINDOW! WATER IN THE WINDOW NOW!” said the captain. The nozzleman then abandoned his mask-up process and began to flow the solid bore 1¾-inch line (flowing 165 gallons per minute) into the window in the overhead space. The fire was knocked back.

“HELP ME!” the woman screamed. The window was cleared and access was made into the room while simultaneously the line stretched by the driver to the front door was opened and water was flowed into the living room, knocking down the bulk of the fire. Conditions were controlled.

When the captain had difficulty locating and removing the victim, he called the nozzleman, who abandoned the line and dove inside to help get the victim out. After what seemed like an eternity (actually only minutes), the woman was removed from the building, talking, alive.

The rescue was accomplished. Victory was achieved. The mission was complete. This was the anatomy of my rescue with my team: me as captain, Firefighter Scott Kaskie, and Driver/Engineer Bobby Anderson.

Success is a simple combination. We must have a bigger purpose than ourselves and know that purpose. We must prepare the best way we can to meet the expectations of that purpose. And we must be ready to execute when the time comes.

At this rescue, we were not successful because of luck; we were successful because of a culture of proactive training and preparation for these events that was built long before the incident. Remember, we are the victims’ last hope, and nobody else is coming to do the job of firefighter. What is your purpose today? Ready, set, execute!

DAVID J. STONE has been in the emergency services for 20 years, 18 of them at the Fort Walton Beach (FL) Fire Department as an EMT firefighter. A second-generation firefighter, he is a battalion chief, a Florida fire officer 2, and a Florida state instructor 1. He has been an adjunct teacher at many Southeast fire conferences and co-manages (with his brother) the Facebook training page 850 FIREMAN, which promotes the aggressive fire culture in the panhandle of Florida and the Southeast.