This month, I will take a quick look at the vital importance of time on the fireground, something that can certainly be “lost in the fog.”

What is the first thing you think of when you hear the phrase “60 minutes”? If you are like me, you probably think of the iconic opening of the long-running TV news show. Even if you have never watched more than five minutes of 60 Minutes, you have probably seen the commercials on football Sundays while waiting for the game to return. What’s this have to do with the fireground? From the time the bells ring and we prepare our response, we are under the heavy weight of time. Considering all the studies being done on subjects such as release rates and fire behavior, fires today are different than yesterday’s; also different is staffing and the influence on our initial tactics.

As a command officer, time can get away from us in two ways. The first way involves crews trying to find the seat of the fire and their working time inside the structure. If you are “lost in the fog,” crews will work without getting water on the base of the fire or locating its origin as it eats away at the building’s construction or it creates increases smoke and fills the structure with heat. This example can serve as a valuable lesson for locating and putting water on the fire. Line-of-duty deaths have unfortunately occurred as a result of these events.

On March 26, 2015, Cincinnati (OH) Fire Department Firefighter Daryl Gordon died in the line-of-duty after falling into an open elevator shaft at a four-alarm fire in a five-story, 38-unit apartment building at 6020 Dahlgren Street. Gordon arrived almost 30 minutes after the first call for help. He was assigned to search the fifth floor when he fell down the shaft. The fire originated on the second floor, in the kitchen of Apartment #27. The internal fire department report cited several causal factors, but the one that stood out was the lack of water on the fire for more than 20 minutes after arrival. When water was applied, the fire was under control in about six minutes. The door to the fire apartment failed to close and allowed smoke and heat permeated through the second-floor hallway. When crews made it to the second floor, they were met with high-heat conditions. However, the internal report sited that they did not attempt to cool the hallway in any way.

Not only does command need to keep a running clock in its head, so too does a company officer. We all have been in the middle of a fire; it’s extremely easy to lose track of time: you’re stretching hose, pulling ceiling, searching for victims, and so on. It can seem like only seconds have gone by before your bell starts ringing and it’s time to go. The issue is how deep into the building you and those for whom you are responsible are. This may not be a huge issue in a residential structure, but it can lead to major problem in a commercial one. I learned this sobering lesson during a fire that occurred in my city in February 2010. My city protects a large community college that encompasses many buildings, which are connected by an underground tunnel. On the night of the fire, the tunnel was open and filled with combustible materials such as art supplies, desks, and carpeting.

A male who was eventually charged with arson started the fire in the tunnel, and the fire quickly spread. On arrival, it was extremely difficult to locate the seat of the fire. I was charged with trying to find the seat; after a couple of cylinder changes, we finally found access to the seat and stretched a hoseline. By then, my firefighter was on his third cylinder, and his bell started ringing. The firefighter continued to fight the fire, which eventually spread a mile in the tunnel, until my bell stopped ringing. I thought that since the first floor of the building (where we were located) was cleared, I could now descend into the tunnel, which should be clear. Unfortunately, I was “lost in the fog”; because the door to the tunnel was open, the building filled with smoke. I ended up hospitalized after ingesting a large amount of smoke. Thus, my fireground clock had failed me.

Years ago, when I was a captain at a large underground tunnel fire, I learned a valuable lesson. As we descended into the tunnel, all seemed clear. However, the openings my crew created for their attack instead allowed smoke to fill the upper levels. After depleting my air supply, I failed to realize that I would need more air to escape the first floor as well. (Photos by author.)

Can your respective dispatch center give elapsed time notification on your fireground or emergencies? If so, when does the clock in dispatch start? On arrival? On receiving the alarm? This is a good question to ask your center’s director. Many centers are run by civilians who believe dispatch time notifications are just some sort of additional data logging when, in reality, they are a “mind jogger” or “time out” for command to look at the scene and weigh the tactics being deployed vs. fireground conditions. Essentially, it’s an “alarm clock” for command.

One of the worse things you can do is to acknowledge to dispatch with a “copy” or “okay” when they call you over the radio and advise you of your elapsed time notification. Do you say “okay” when you tell your significant other asks you to take care of something around the house?The sender (in this case, your significant other) may respond back with a firm message you may not want to hear. Dispatch probably won’t do that, but your fellow fireground members deserve better, and the fireground “picture” will be painted on a better canvas for all to understand. As an incident commander, you will be better served when you verbalize briefly what benchmarks have been completed such as completed primary search, fire under control, and so on.

A good time to give dispatch a brief update or important notes on fireground status is when command is being transferred. Following is an excellent example of radio benchmarks from a fire in Buffalo, New York, along with some video see if the audio benchmarks “paint a picture.”

Below is audio of the first two benchmarks from this fire:

The time frame to acknowledge benchmarks over the radio should be an organizational decision from a regional approach; it does not make much sense if your fire department uses 15-minute benchmarks and the department next to you that you runs mutual aid with uses 30-minute benchmarks. It is a good idea to create an all-encompassing procedure for your entire region.

Conditions: What is happening currently?

Actions: What are you doing to stop the problem?

Benchmarks: Primary completed (and so on).

Status: Under control (and so on).

Creating Your Own Fireground Clock

You can create immediately your own stopwatch without having to alter or create a procedure within your organization. I am currently using one that has a 20-minute ticker designed to dispatch to alarm and then have the civilian dispatch advise command of the expired time frame. This alarm will also alert dispatch every 20 minutes from arrival until command orders it to cease. However, with any other technology, this has been known to fail or, even worse, not get communicated from our dispatch to command.

Another problem is that with today’s modern fire environment and construction is that 20 minutes may be too long for command to review the scene. A fellow shift commander in my department resourcefully keeps a simple timer in our command vehicle that he activates once he is on scene; he then keeps that clock right in front of him. If you are the type that gets out of a stationary command vehicle, I suggest keeping a stopwatch glued to a clipboard. 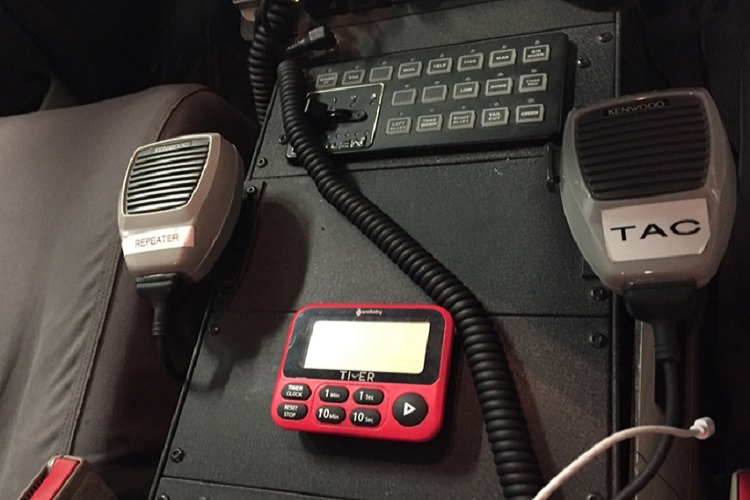 As a commander, a simple timer in your vehicle can help you manage the scene and allow you to keep a clear head on the fireground.

The Coldplay song “Clocks” features lyrics that state, “Confusion never stops. Closing walls and ticking clocks.” For a commander, awareness of fireground time and when to call a time out to review strategies and tactics must be at the top of his list of tasks. As a company officer, always be aware of the clock and air supplies. Keep the confusion to a minimum…remember the clock!

Be Ready for the “Big One”

Are You Prepared for a Fire on Your Town’s Main Street?

JOSEPH PRONESTI is a 26-year veteran of the Elyria (OH) Fire Department, where he is an assistant chief and shift commander. He is a graduate of the Ohio Fire Chiefs’ Executive Officer program and a lead instructor at the Cuyahoga (OH) County Community College Fire Academy. He is a contributor to fire service publications and sites, including Fire Engineering. He will be presenting a four-hour preconference classroom at FDIC International 2016 titled “Main Street Tactics and Strategies: Are You Ready?” He can be reached at efdcaptain33@gmail.com.