When it comes to fireground transmissions, the Fire Department of New York (FDNY) has a vernacular all its own. For example, at an “all-hands” fire, it would not be unusual to hear the following:

“Battalion 13 to the Borough Dispatch.”

“At box 3982 we are using All Hands. We have one line stretched and operating. A second line is being stretched, searches are underway, and trucks are opening up. Fire is doubtful.”

The ladder company’s primary function is to locate and confine the fire. After the fire is located, the ladder company officer will communicate its location to the engine company officer. If there is any furniture or clutter in the path to the fire, the ladder company will remove the clutter to make access easier; members will then continue to search for life and attempt to define the boundaries of the fire area. (“Trucks opening up” refers to overhaul or, more specifically, precontrol overhaul. Ladder companies will open walls and ceilings to search for extension.)

When I arrived at the FDNY, I was assigned to a ladder company. Back then, overhaul was an important task. Firefighters were thorough when opening ceilings and walls. When my captain ordered me to “open up,” he meant to pull all the ceilings and walls and trim the windows. There was not going to be any chance of extension or rekindle on his watch; it reflected badly on a company if called back for a rekindle.

This was a time when thermal imaging cameras (TICs) did not exist. The only way to find the hot spots was to pull the old lath and plaster ceilings and walls. You had to be thorough in opening enough of the ceiling until there was no more charring. In modern buildings, the old lath and plaster may be gone, but walls were now constructed of gypsum board with insulation in between the studs and joists. I would hope that firefighters today aren’t relying on TICs to perform overhaul. I would also think that, with the insulation in the void spaces hiding the heat, opening walls should remain an important function for firefighters trying to define boundaries.

At a recent basement fire in a three-story brownstone Type 3 private dwelling, the units encountered medium clutter behind the basement entrance door, causing a delay in getting water on the fire (photo 1). Instead of stretching directly into the basement, the engine needed to use the second-floor entrance and headed down the stairs (photo 2). The fire spread rapidly because of the open basement ceiling, delaying getting water on the fire and making it even more critical to open up on the first floor. 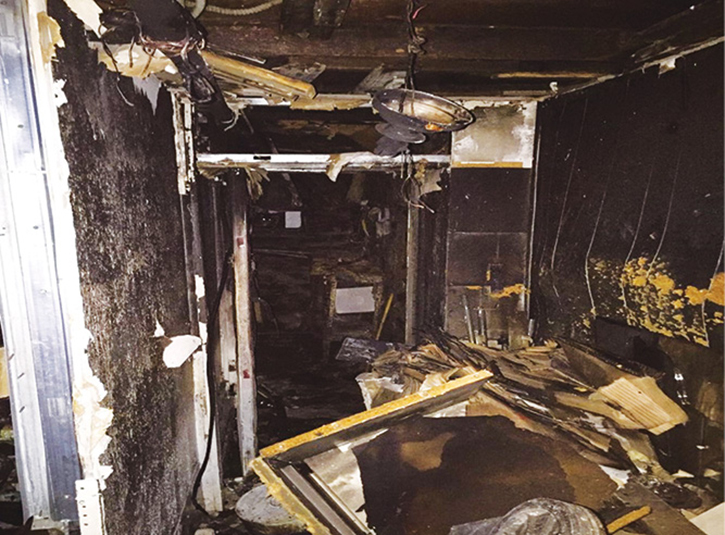 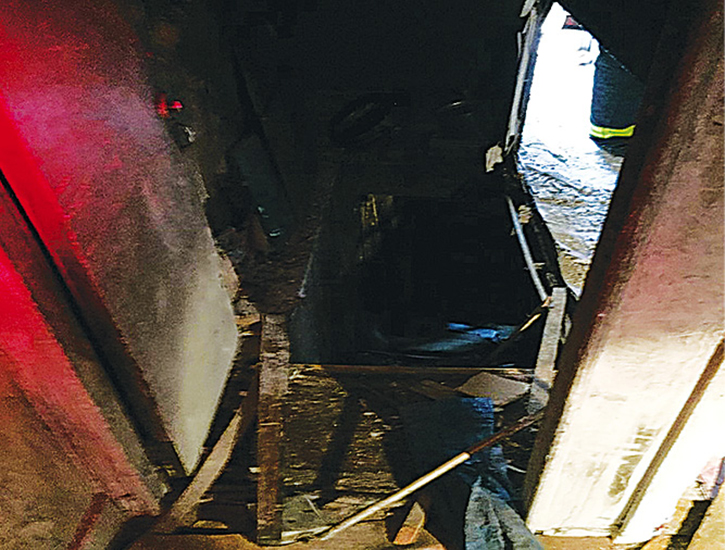 I was assigned to the floor above the fire sector. I brought the TIC with me but quickly put the camera to the side and assessed the situation. Smoke was pushing under pressure along the baseboards in the living room. We needed to open the walls quickly because the fire was spreading unchecked; if we didn’t do this right away, fire was going to travel up to the second floor and cockloft (photo 3). 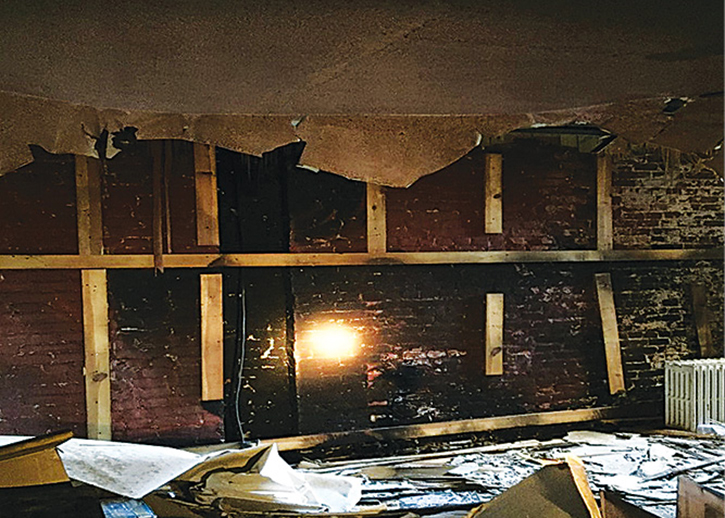 Following are some questions you must ask yourself when searching for extension:

For this incident, I knew from my experience working in the area for many years that these buildings were single-family private dwellings. Over the course of 120 years, the building had undergone the following renovations that made defining the boundaries more difficult:

Firefighters on the first floor were quick to open the walls and place the second hoseline to get water into the void spaces, preventing the fire from getting past the first floor—a job well done. Even when they are in a row, these Type 3 brownstone buildings (photo 7) are considered one-building fires as opposed to a row frame, which is Type 5 and shares a common cockloft with up to 15 buildings (photo 8). If this building had been a row frame, then the search for extension would have included buildings on both sides. 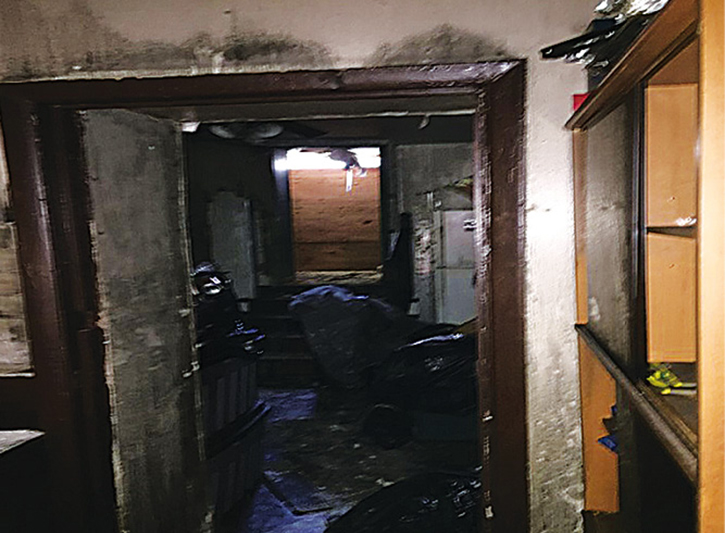 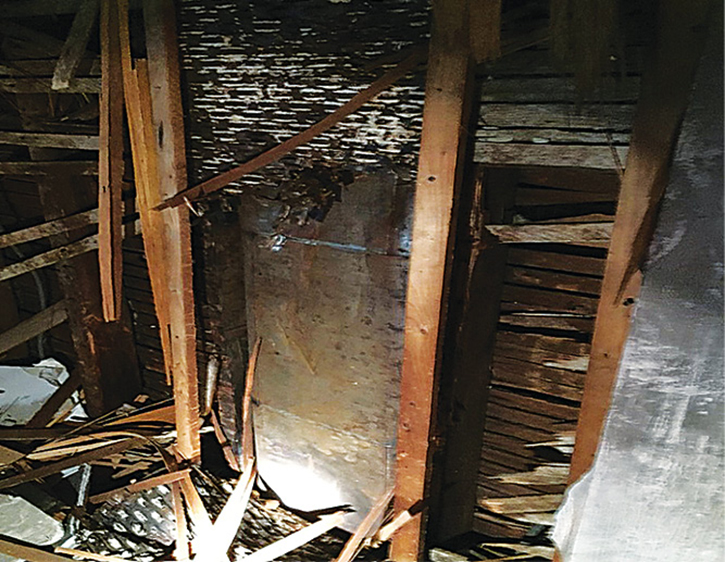 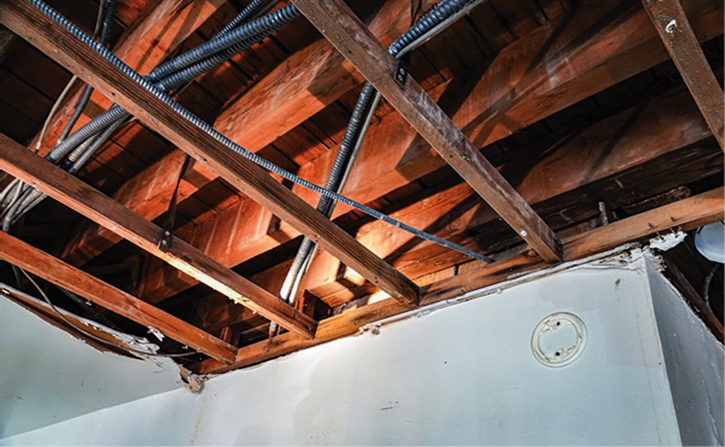 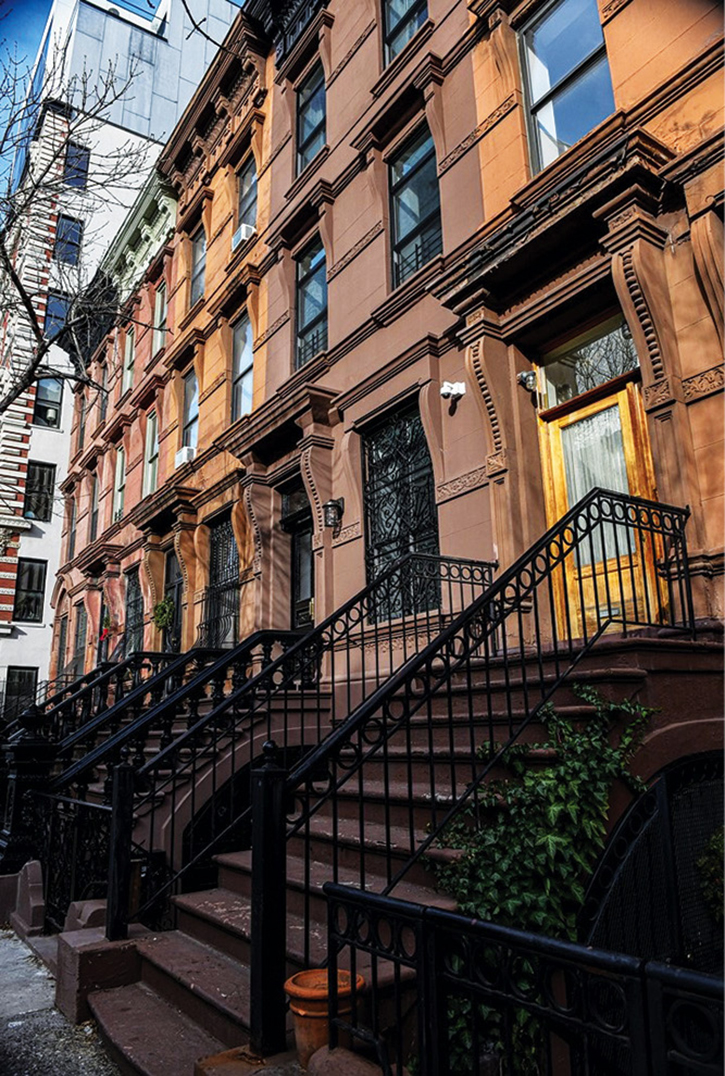 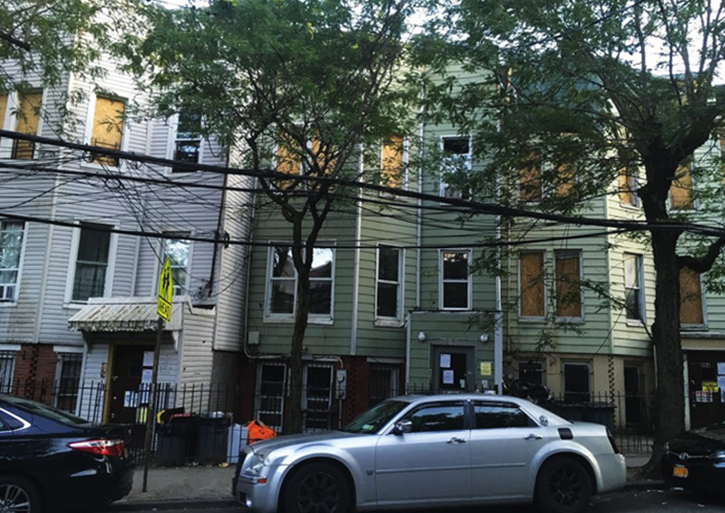 When I first became a battalion chief, we responded to a top-floor fire in an extremely cluttered brownstone. We just couldn’t get into one of the rear bedrooms; the clutter was up to the ceiling. I was satisfied that everything was opened and that we had washed down sufficiently. I then released the companies and gave an “under control” call.

Later that night, I heard a second alarm come over the department radio for the same building that we were at six hours earlier. I thought that maybe we missed something. I had spoken to the marshals who responded who told me that there was a dispute in the family. I was relieved to hear that but, nevertheless, it was a lesson learned. Being thorough is very much about our safety. If units are operating one or even two floors above the fire (like in a balloon-frame private dwelling), fire can break out and trap firefighters.

In his book Building Construction for the Fire Service, Francis L. Brannigan states: “It is imperative to note that collapse is not the only hazard facing the firefighter in the structure. Concealed fire which bursts out of a hidden void and lightning-spread of fire over combustible surfaces are equally hazardous and may well account for as many firefighter casualties as collapse.”

It is also imperative to understand building construction. At a recent fire in a two-story private dwelling, I knew that the building was Type 3 construction. I intuitively knew that we would not have any extension even though they were attached and there was a peaked roof (photo 9). Had this been a Type 5 building, it would have been a whole different scenario; we probably would have had extension to both exposures on either side. Since the building was brick and had a firewall between the buildings, it was a problem I wasn’t going to have to deal with. The second-due truck checked the B and D exposures just to make sure there wasn’t any high carbon monoxide (CO) readings. 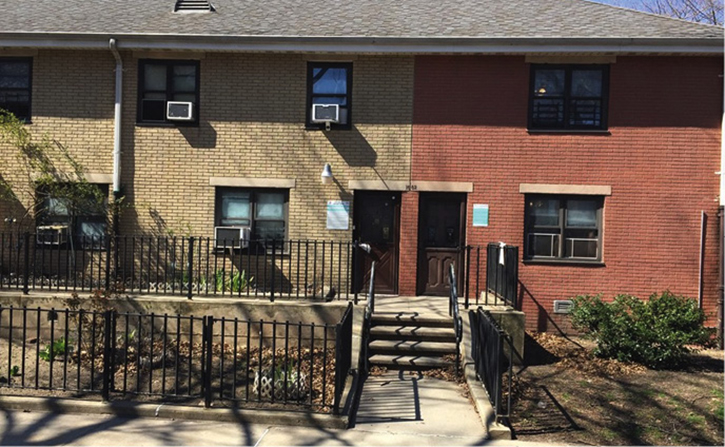 High CO levels are sometimes overlooked. I can recall one response where we had fire in the “A” wing on the top-floor of a six story H-type building (photo 10). The chief ordered us to check the “B” wing for any possible extension through the cockloft. We then encountered a moderate smoke condition, but no fire had passed over into the other wing. What we did find—which was a total surprise—were two elderly people who had succumbed to the CO. 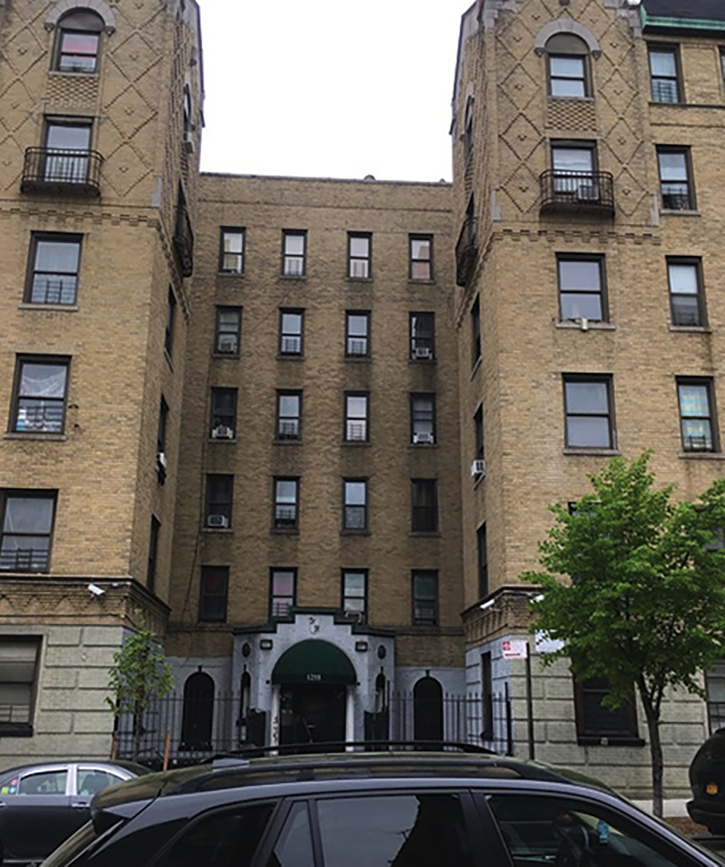 At a more recent basement fire in a five-story multiple dwelling, we encountered high CO levels in the building. After the fire was knocked down, the deputy chief asked me why there was still smoke over the top of the building. I told him I would check it out. When I reached the top floor, where my CO meter pegged out, I found a woman and two children in the apartment. It turned out that the old dumbwaiter bulkhead was covered over with plywood and tarpaper (photo 11) and the old dumbwaiter in the apartment was covered over with gypsum board. The shaft door in the basement was wide open, causing the smoke to travel up the shaft and seep back down to the top floor. 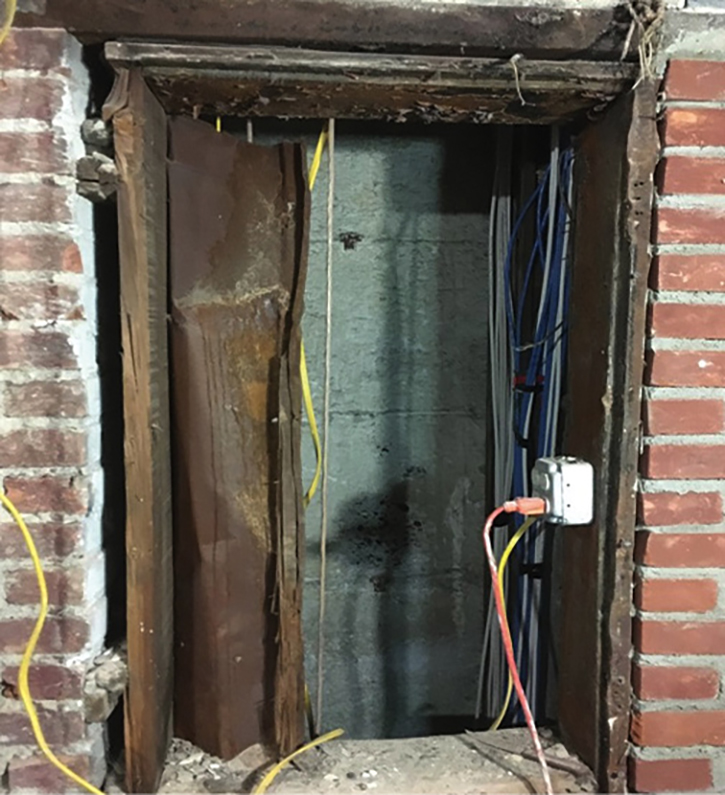 When it comes to overhaul and checking for extension, err on the side of caution. Don’t rely solely on the TIC; it may point you in the right direction, but it will not be useful in determining where the fire is traveling.

DANIEL P. SHERIDAN is a 34-year veteran of and a battalion chief with the Fire Department of New York (FDNY), assigned to Battalion 3. He is a national instructor II and a member of the FDNY IMT. Sheridan is also a lead instructor with Mutual Aid Training Group.