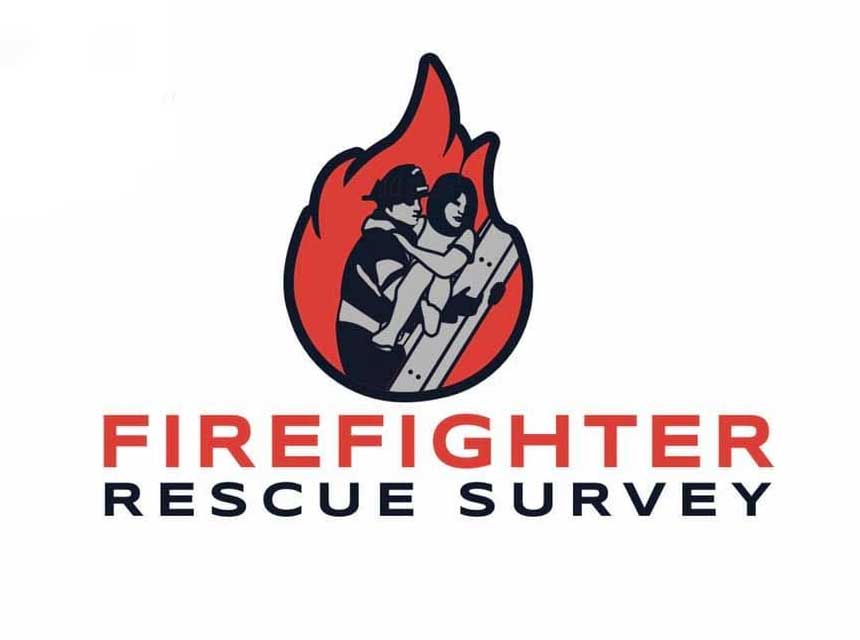 Traditionally, the fire service only receives statistics on civilian fire fatalities but what about the ones we save, the ones for whom we make a difference?  Why are we not sharing these outcomes? We’re not sharing them because we don’t have the information.

“There is a void of qualitative information in fire reporting, and a nearly absent basis of information on rescued victims. In 2016, a group of firefighters who had been collecting firefighter rescue reports decided that news reports alone were not providing enough detail in regard to where the victims were located, how they were removed, and the outcome. To address this gap, the group developed the Firefighter Rescue Survey.” (www.firefighterrescuesurvey.com)

“By recording the frequency and specific details of rescues made on the fireground we will be able to tailor our training to methods and techniques that have been proven on the fireground with real rescues.  Improving our results to benefit the populations we serve.” (www.firefighterrescuesurvey.com)

The Firefighter Rescue Survey (FFRS) was created to capture detailed data of our “wins.” Check out “Fire Service Wins and Losses” by Brian Brush. Furthermore, the site was developed and is maintained by firefighters. This mission for these firefighters was so important to them that, as of this writing, they had developed and were maintaining the survey from money out of their own pockets.

After identifying the potential roadblocks, what do we do from here?  Do we stop and just give up or do we search for an alternative method to capture this critical data while adhering to our departments’ policies? After all it is for THEM, right? The Oklahoma City (OK) Fire Department (OKCFD) chose to continue forward and this is what we found.

This is a route one could propose if your department is hesitant to allow submission of a rescue on a public platform such as firefighterrescusesurvey.com.

In 2020, the Oklahoma City Fire Department responded on 641 structure fires. Of those structure fires there were a total of 18 fire victims, seven of which were on-scene fatalities. The remaining 11 victims were rescued by search, with seven of them being removed from the structure with a pulse and four of them removed without a pulse. All 11 victims were treated and transported to the hospital. Patient condition beyond transport is unable to be tracked due to H.I.P.A.A. regulations.

When the OKCFD Training Cadre first learned about FFRS a few years ago, we approached our command staff about allowing our members to submit our rescues on the Web site, but as mentioned earlier there were concerns about putting (incident) information on a public platform. This led us to find a way to record our rescues on a platform that isn’t public. The  National Fire Incident Reporting System (NFIRS) that the OKCFD used didn’t capture the detailed data of these rescues. We knew we had to find a platform that was internal, but also one that would capture the data we wanted. Other departments may already have a reporting system with those capabilities. OKCFD uses Microsoft Office 365 for our e-mail platform which allows access to other Microsoft Apps. This is where we found Microsoft Forms. By using Microsoft Forms, access to the OKCFD GRABS survey could only be obtained by signing in with a City of Oklahoma City employee email. This took care of any concern of (incident) information being easily accessible to the public .

Microsoft Forms was very user friendly and made it easy to build our “OKCFD GRABS” survey. Google Forms is another platform that works very similarly and only requires a Gmail account to set up.  We wanted our survey to capture the same data as FFRS so that, if allowed in the future, we could submit the information to the FFRS Web site. We downloaded the “List of Survey Questions” from the Firefighter Rescue Survey home page and used them as our template for our internal survey.

Once a survey is submitted, Microsoft Forms automatically inputs the data into a pie/bar graph format. (1) As the original creators/administrators of this internal survey, we have access to the “responses” page that shows all submitted surveys in the graph form. This is where any duplicate surveys can be deleted and/or edited. A link to this portion of the survey can be shared with any city employee to review the data collected in a “read-only” format.

(2) This is how the data appears when exported into Microsoft Excel. This format also allows for filtering of the results to specific parameters.

(3) Example of how OKCFD’s Grabs are tracked throughout the city by incident address via Google My Maps.

Google Maps has a free option of creating a customized map with My Maps. We uploaded the .xlsx file to Google My Maps and set the location to “incident address.” This allowed for each incident to appear at the actual address on the map. (3)

Once the survey was built and ready to implement in our department, we created an OKCFD Grabs station poster. (4)  The poster explained the vision of the survey as well as included a QR code that could be scanned by any smart device that takes you straight to the survey. These were distributed to the stations. We wanted to have the survey as easily accessible as possible.

(4) The Grabs poster was distributed to all OKC fire stations. The poster was designed with a QR code that could be easily scanned with any smart device that will route the individual directly to OKCFD’s Grab Survey.

Since going live with this survey we have been able to give the department updates on the rescues our firefighters have made with raw data specific to our department. We feel the ability to provide our firefighters with real data of victim location, arrival to victim times, removal times, cyanide antidote usage, etc. gives our citizens the best chance of survival.

Since the conception of the Grabs survey on our internal platform, the data and information the OKCFD collected proved the importance of the survey and now allows our rescues to be submitted on FFRS.   We will still use  our internal survey as well so that we can continue to provide our firefighters with department specific data.

Ultimately, the goal is to have all rescues recorded on one central platform, the FFRS site. For OKCFD, that initially wasn’t an option, but our resolve to continue forward led us to the ability to contribute as well. This article is intended to hopefully provide an alternative means of recording rescues if you find yourself encountering the same hurdle we did. By no means do we want to direct any department away from adding information directly into the Firefighter Rescue Survey. We just wanted to share our experience in hopes that it could help other departments start recording their “wins” when initially faced with challenges.

Justin Lorenzen is a firefighter/paramedic with 16 years in the fire service, the past 13 with the Oklahoma City Fire Department, where he serves as a training officer. Prior to that, Justin worked at a small combination department. He shares his passion for education as an instructor with the local Mid-America F.O.O.L.S. chapter and as a contributor to Firefighter Rescue Survey.