Firefighters, officers, and chiefs are accustomed to certain ways of responding. If a person calls the fire department for an odor of smoke coming from the kitchen during dinner time, the responding units will make assumptions based on the type of call and the time of day it occurs. We get used to certain responses at certain times of the day; it is a type of complacency, but it can’t be helped—we are all guilty of it.

These days, we are inundated with calls for gas leaks and automatic valve alarms. We get so many calls that it is impossible to get psychologically and mentally prepared to “do battle” on every call. When dispatchers get a second call for something, whether it’s for a valve alarm, a gas leak, or a fire, and they transmit that to the responding units, then the mindset changes.

For instance, when the dispatcher gives me additional information, my whole demeanor changes. And, because I’m conditioned to change my demeanor, a recent call the Fire Department of New York (FDNY) received for a reported fire in the basement was no exception. 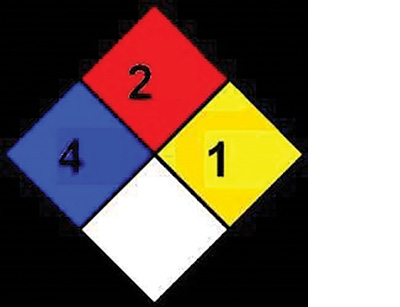 Normally, when we receive a call for smoke/fire in the basement, we can’t help but assume that it’s either a rubbish fire, a compactor unit fire, or an oil burner fire. These assumptions are not a bad thing (“it is what it is”); it’s human nature. Fortunately, we have a certain tool in our arsenal that helps us decipher the call beforehand—a Critical Information Dispatch System (CIDS). The dispatcher uses 160 characters to describe to responders in a short memo on the bottom of the response ticket what to watch out for.

If we receive a call in our response district for a fire in a commercial building, I assume that we may encounter something out of the ordinary. We have all types of manufacturing and storage places in this section of New York City. However, having CIDS information does not makes us immune to the possibility that unknown things are occurring in the building. It would be great if every involved building had a National Fire Protection Association 704, Standard System for the Identification of the Hazards of Materials for Emergency Response, placard on its exterior (Figure 1) to alert us to any dangers, but that will probably never happen. 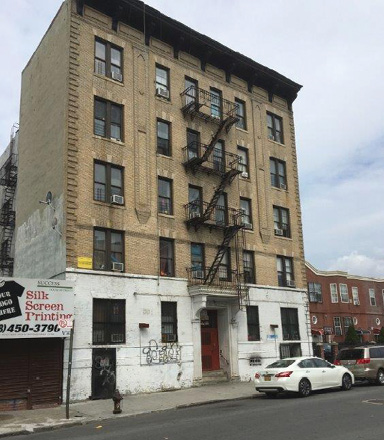 The call came in immediately after we were wrapping up an “all-hands fire” in our area. We were preparing to head back to the firehouse as the units were packing the last few lengths of hose back onto the pumper. I heard the dispatcher send out a box alarm for a fire in the basement of a five-story Type 3 multiple dwelling of ordinary construction (photo 1); fortunately, I was familiar with this building. I told the dispatcher that I was available for assignment for that box. The remaining units assigned to the box were all covering units. 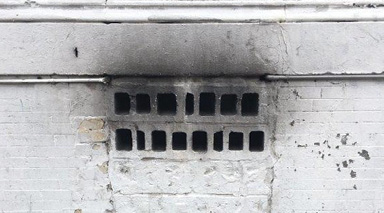 When the first-due units arrived on scene they noticed a slight smoke condition coming from the single-vent window on the A/D side (photo 2); this reinforced their suspicion that they had an oil burner fire. As the members of the first engine and truck made their way to the side door of the basement (photo 3), they detected a slight metallic odor; they assumed that the building’s superintendent had used a dry chemical extinguisher to put out whatever was burning. At this point, three non-English-speaking individuals who looked haggard emerged from the front of the basement. Because of the language barrier, the members could not ascertain what exactly was happening or what was burning. 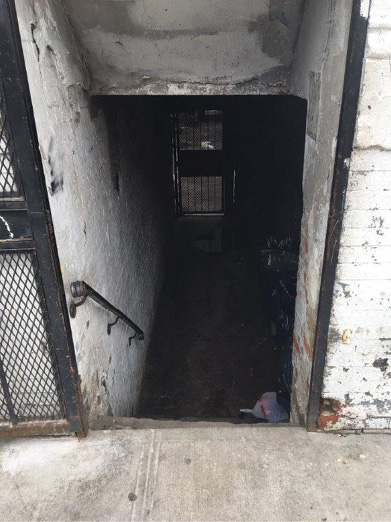 The members made their way to the front of the basement where the oil burner room was located. One of the members started to experience symptoms of exposure to a chemical fire. He began salivating, showing irritation of the eyes and nose, and vomiting. The crew turned around immediately and regrouped at the side alley to don their self-contained breathing apparatus (SCBA). The three civilians needed medical attention, but they were reluctant to go to the hospital.

A progress report was due. I was expecting to hear back from the officer that either a minor fire or a smoke condition had dissipated. The truck company lieutenant informed me that the civilians were using a propane torch for some sort of burning operation. I still couldn’t get a clear picture of what was happening; I was now trying to wrap my brain around the situation.

As I was about to get out of the car, the lieutenant radioed that we needed the hazmat unit to respond. I immediately ordered the crew out of the basement the same way it went in. At this juncture, I thought we had some sort of clandestine drug lab in our midst.

I wasn’t prepared for that radio transmission—I surely thought that we had some sort of oil burner fire. Once the officer mentioned that there were propane tanks and the need for a hazmat team, the whole incident changed; it went from routine to extraordinary in seconds. Once the incident becomes a hazmat situation, the whole dynamic changes from aggressive firefighting to stepping back and taking the “slow” approach. The focus now becomes the safety of the firefighters and setting up a decontamination station.

Once the firefighters backed out and were clear of danger, the following priorities became paramount:

• Decide on whether to evacuate the civilians or shelter in place.

• Set up a temporary decontamination station (this is as simple as hooking into a hydrant and stretching a booster hoseline).

Apparently, the occupants of the building had set up the basement as a workshop where they were trying to extract gold from electronic and computer parts (photo 4), a process known as cupellation, where ores or alloyed metals are treated under high temperatures and controlled operations to separate noble metals—like gold and silver—from base metals like lead, copper, zinc, and others present in the ore or alloyed metal. The process is based on the principle that precious metals do not oxidize or react chemically such as the base metals. So, when they are heated at high temperatures, the precious metals remain apart and the others react, forming slags or other compounds. This process has been in use since the Bronze Age and is still used today to raise the gold and silver content in base metals to 95 percent. However, the process cannot separate silver from gold. 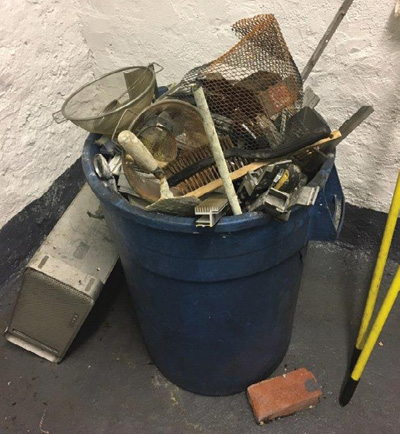 At this incident, the heating process caused the containers to catch fire. The people involved attempted to extinguish the fire with water, making the situation worse. All of us learned valuable lessons this night, including the following:

• It is essential to use all SCBA and personal protective equipment in any immediately dangerous to life or health environment until the environment is proven to be safe.

• If you have any doubt, hold off on using water, if possible, until it can be determined that whatever is burning is not reactive with water

• In this day and age with the possibility of drug labs or other types of unexpected illicit activity, expect the ­unexpected.

DANIEL P. SHERIDAN is the president and CEO of Flowtech Safety Systems. He is also a 31-year veteran of and a battalion chief with the Fire Department of New York. Sheridan is a national instructor and the founder and chief operating officer of Mutual Aid Americas, an international nonprofit training group to assist firefighters. Previously, he instructed at the Rockland County (NY) Fire Academy. He authored Chapter 12 (Forcible Entry) of Fire Engineering’s Handbook for Firefighter I and II.