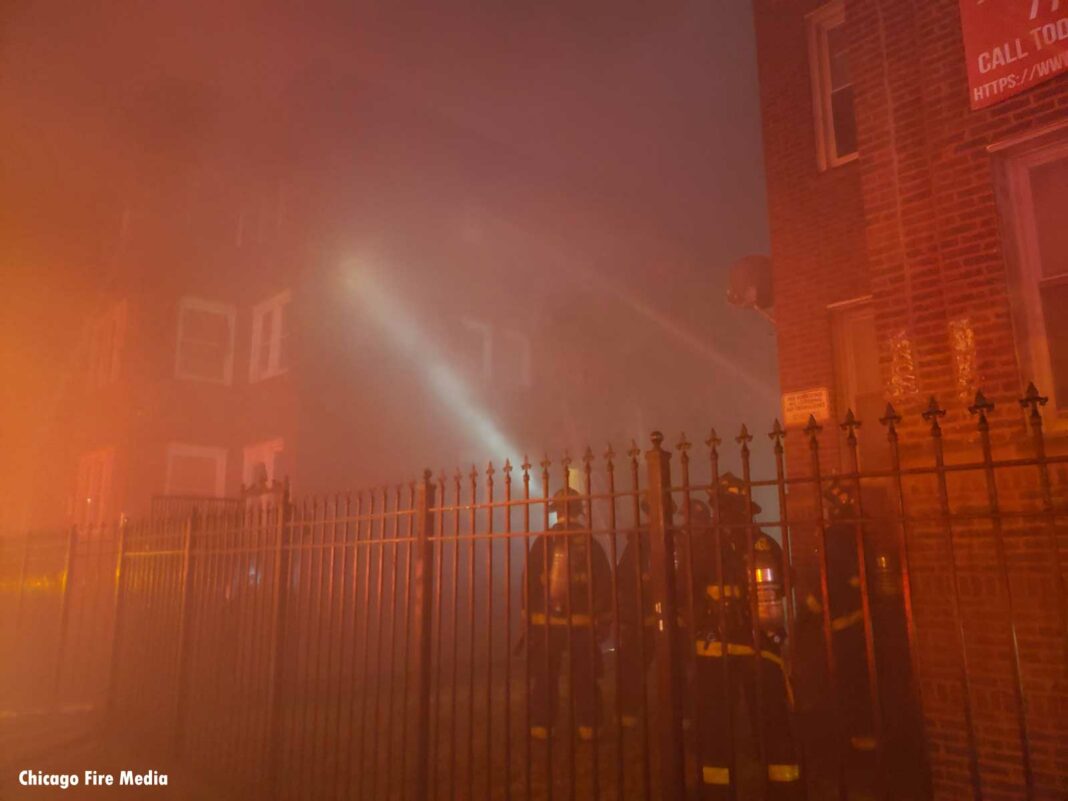 According to a report from CBS2, Chicago (IL) Fire Department (CFD) crews have responded to a three-alarm fire at an apartment building in the city’s West Woodlawn neighborhood in the 6100 block of Eberhart.

No injuries have been reported. The CFD reported that a cat was rescued from the burning building.

According to the Red Cross, 22 adults and nine children have been displaced.