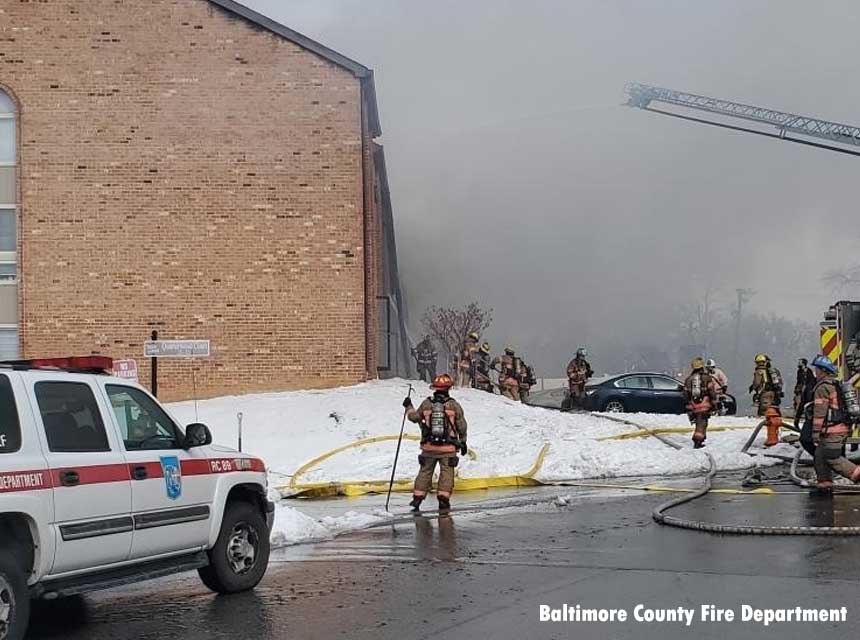 A fire damaged five buildings, displaced several families and collapsed a roof at the Tuscany Gardens Apartments in Windsor Mill Tuesday, according to the Baltimore County Fire Department.

No injuries have been reported, the department said. A Tuscany Gardens representative who answered the phone Tuesday declined to comment.

Firefighters were dispatched at 11:47 a.m. to the apartment complex’s Springridge Court building, where “flames [were] showing from [the] second and third floors,” the fire department tweeted. The three-alarm fire spread via a shared attic space, reaching four attached apartment buildings.

Crews extinguished the fire at 1:34 p.m., according to the fire department.

Firefighters remained on site to handle the fallout Tuesday afternoon, according to the department.

“The nature of this fire, because of that attic space, sounds like it’s a difficult one,” Baltimore County Fire Department spokeswoman Elise Armacost said. “The damage is extensive, especially on those upper floors that have been burned away.”

This story will be updated as more information becomes available.

Visit The Baltimore Sun at www.baltimoresun.com