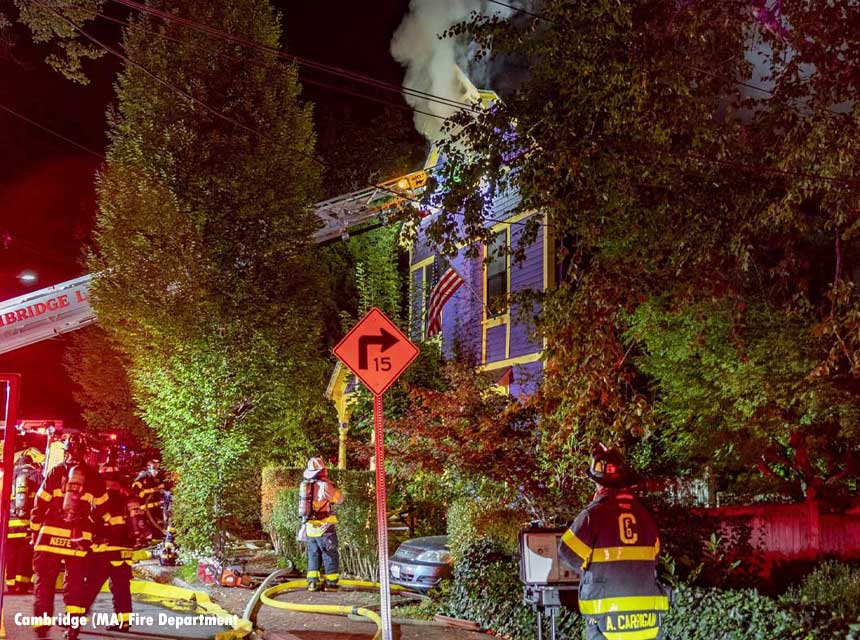 Three Cambridge (MA) firefighters were injured at a house fire early Wednesday, according to reports.

A woman was found unconscious on the second floor of the home at 34 Buckingham St., according to WCVB. A reporter’s Tweet indicated that the woman was in cardiac arrest, but few other details were available.

The fire went to three alarms, and the cause of the fire is under investigation.

The firefighters were transported with nonlife-threatening injuries, the report indicated.

Updated, 3:40 p.m. Eastern: According to the department, the resident pulled from this fire has succumbed to her injuries. The injured firefighters have been released from the hospital.