A Marion County (FL) school bus occupied by 64 children and two adults caught fire last Friday. Ocala Fire Rescue responded to the fire at 4:23 p.m. and arrived on scene within two minutes to quickly extinguish the fire. Two children and an adult aide on the bus were transported by ambulances to the hospital for minor injuries.

“The fire started in the engine compartment which quickly filled the bus with smoke,” stated Battalion Chief Rick Doucett. He added that a prompt evacuation of students and quick response by firefighters kept injuries and damage to a minimum.

The fire occurred in the 1600 block of Southwest 27 Avenue and caused traffic problems for about 45 minutes. 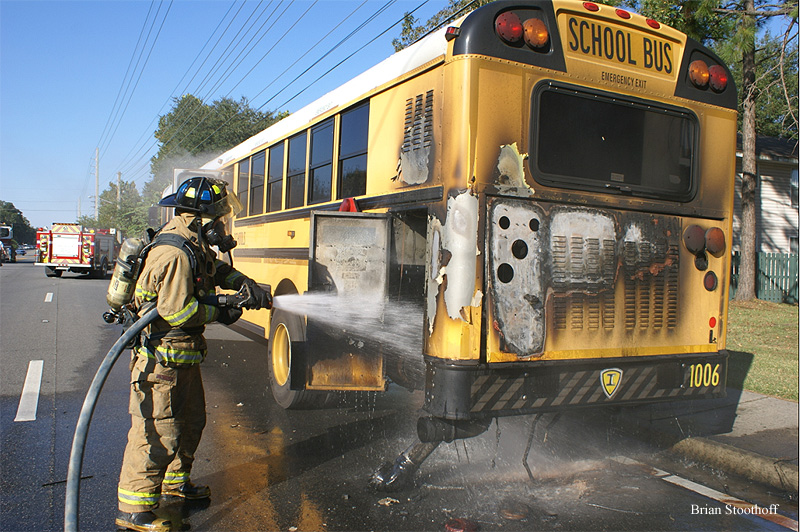 In the inserted photo, firefighters extinguish the fire.