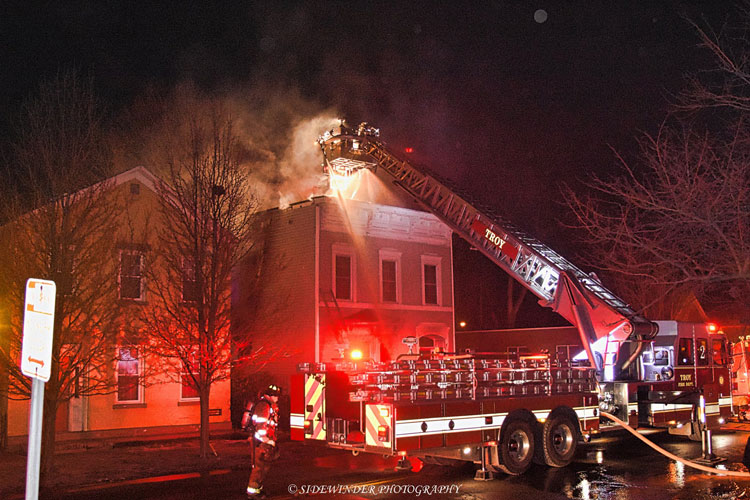 Sidewinder Photography shared some photos from the scene of a fire where Troy (NY) firefighters rescued a woman from a heavily involved dwelling fire.

According to Sidewinder Photography, firefighters arriving on scene at this fire immediately started to stretch multiple handlines and battled their way into the home, where they encountered heavy fire conditions throughout the structure. While crews were conducting a primary search, they discovered a victim inside the home and made the grab.

Firefighters on scene had to deal with heavy wind and freezing temperatures, which hampered their efforts to bring the fire under control quickly. The fire was brought under control in approxmately 30 minutes, and there were no injuries to firefighters. The victim is reportedly in stable condition at an area hospital.

Home Across the Street from Delanson (NY) Fire Station Explodes