Ventilation saws are a great tool for cutting open a roof or the side of a gable end for vertical ventilation. They speed up the process, allowing for quicker evacuation of hot gases, smoke, and unburned particles of combustion. They are also very useful for other special operations—such as rapid intervention—for creating an enlarged opening for rapid extrication of a Mayday firefighter. Using a ventilation saw requires training on the finer details of how it performs, how to use it correctly, and how to optimize it for peak performance. 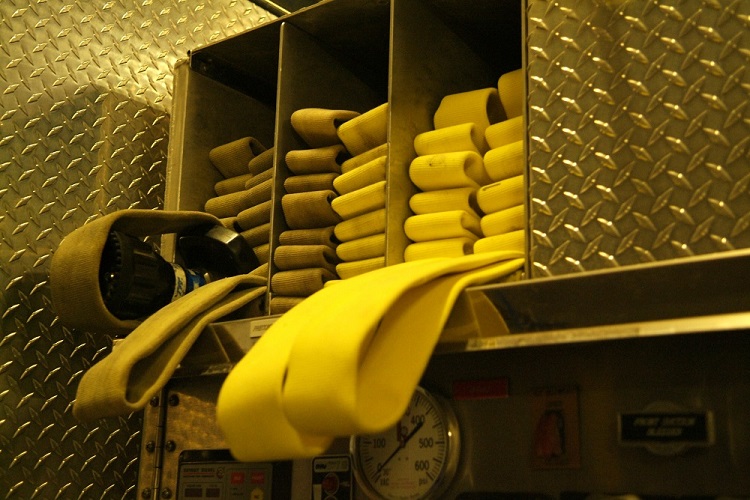 When operated at a consistent speed, the bullet chain can cut through all types of materials. The speed needed to cut through three inches of material such as wood, shingles, insulation, plastic or metal pipe, nails, or wire is 74 feet per second. This chain speed allows it to drive through the material. To achieve 74 feet per second, the ventilation saw must operate consistently at 10,200 revolutions per minute. When the chain speed drops to 73 feet per second, chain chatter is created; the chain bounces off the material because it does not have the speed or power to cut into and through it. Chain chatter can also lead to kick-back. The bullet chain has been designed as such so that it will not produce this kick-back.

Another distinct feature on a fire service ventilation saw is the exhaust and intake ports. Photo 2 shows the intake port of the ventilation saw. It is very distinctive as it has a black foam cover around the filter. The air intake has been moved to the top of the saw because it helps increase the performance speed and allows the saw to work in smoke-filled environments. The air is drawn in from behind the firefighter, where it is cooler and cleaner than the air in front of him. The exhaust port is also on the saw’s top, which blows away smoke and heat from the saw. The exhaust port works in conjunction with the black plate on the front of the saw body to deflect heat and debris up and away. 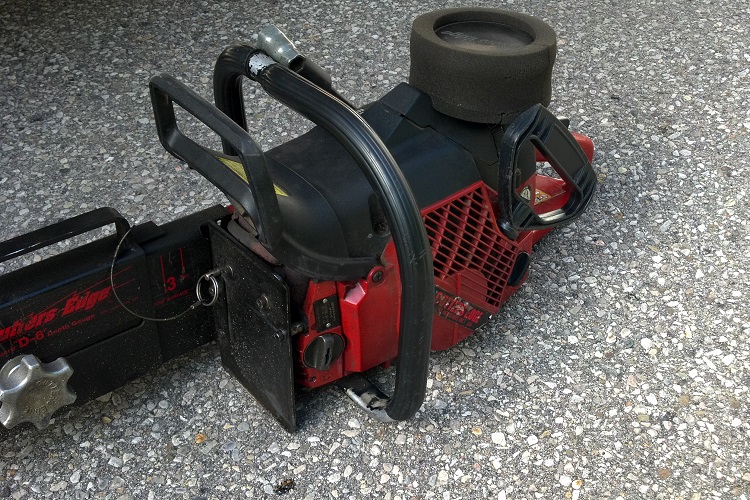 The ventilation saw also features a depth gauge attached around the bar of the saw, allowing the firefighter to adjust the depth of the cut. This gauge works well when the user knows the depth of the roof’s thickness. He can accomplish this by cutting an inspection hole with the gauge set back all the way. The inspection hole is cut in a small triangle in the area where the vertical vent opening will be made. The triangle cut can be the width of the chain bar by plunging the saw’s blade straight into the roof in a three-sided fashion.

Remember, operate the saw at full throttle to ensure its optimal performance. When the saw is operating at half throttle (or thereabouts), the chain will not work as intended, and the saw engine must work a lot harder. Once you can observe the thickness of the material you are cutting, you can then set the gauge to cut the roof’s material without cutting the roof joists all the way through (photo 3). However, what if the depth gauge malfunctions, the silver knob that tightens the gauge becomes loose and falls off, or the depth gauge is missing? This can happen since equipment or tools will sometimes loose vital parts during an operation. You can still use the saw to cut the roof without cutting the roof joists completely through. This is where positioning the saw while cutting with the bullet chain comes into play. 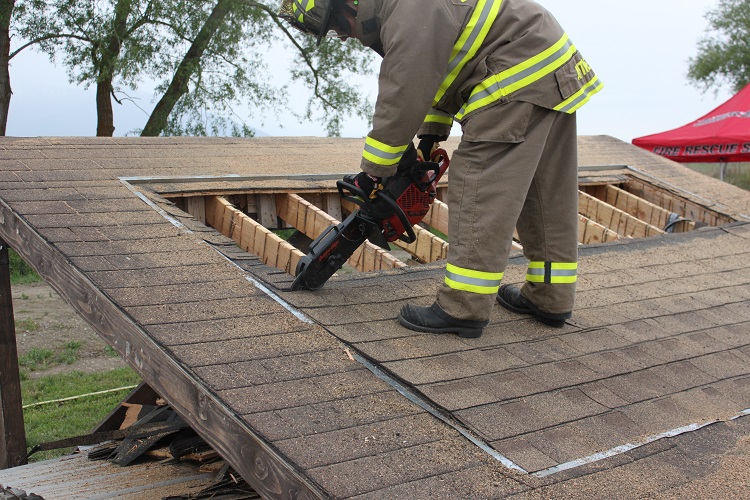 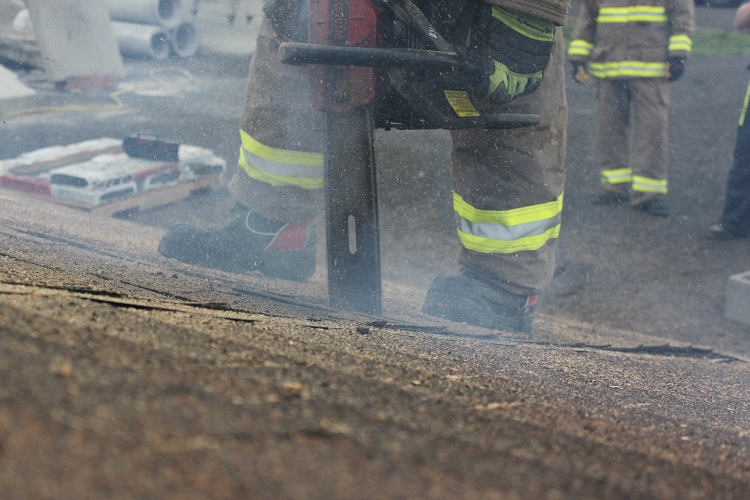 Remember, the bullet chain requires it to be pushed into the material and will want to repel itself from the material naturally. When a firefighter is moving the saw across the roof line during the cut, he will feel the saw resisting the joist, allowing him to bring up the saw, roll over the joist, and plunge it back down. When the saw is on an angle without the depth gauge, the operator will not feel the resistance of the joist and will be more prone to cut all the way through it.

Photo 5 shows black vertical marks on the roof joist. These black marks come from the bullet chain contacting the joist. Notice at the top of the joist there is just a small notch cut out from the saw rolling over the joist. This small notch will not compromise the joist as much as it would have had it been cut almost all the way through. 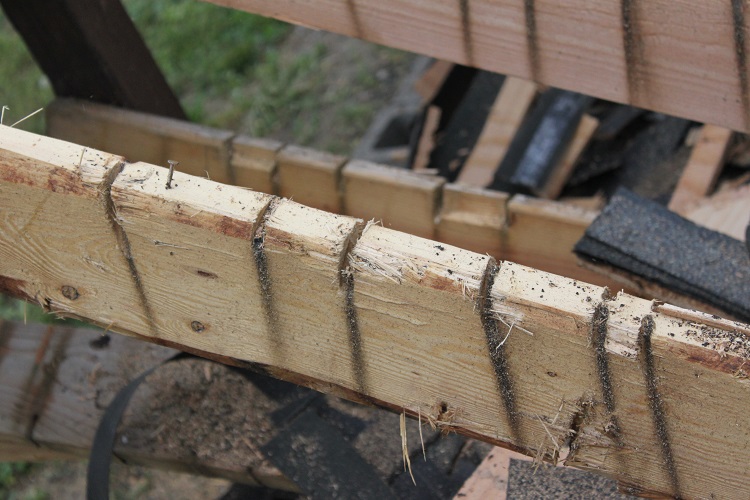 A ventilation saw may look like a regular chain saw but, in many ways, the two are completely different, requiring the user to be familiar with those differences and their performances. Accomplish this all through training.