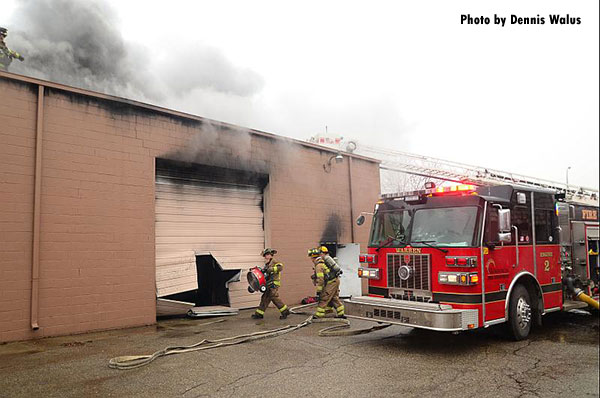 Story and photos by Dennis Walus

At approximately 1030 a.m. on March 25, firefighters with the Warren Fire Department was dispatched to a reported commercial building fire.

Squad 2 arrived on the scene and reported heavy smoke from an occupied commercial building. Engine 2 arrived and stretched.

Chief 1 arrived on the scene and assumed incident command and request a third squad to the scene for staffing.

Companies laddered the building, performed forcible entry, and conducted interior fire attack. Firefighters operated at this scene for about two hours to bring the incident under control.