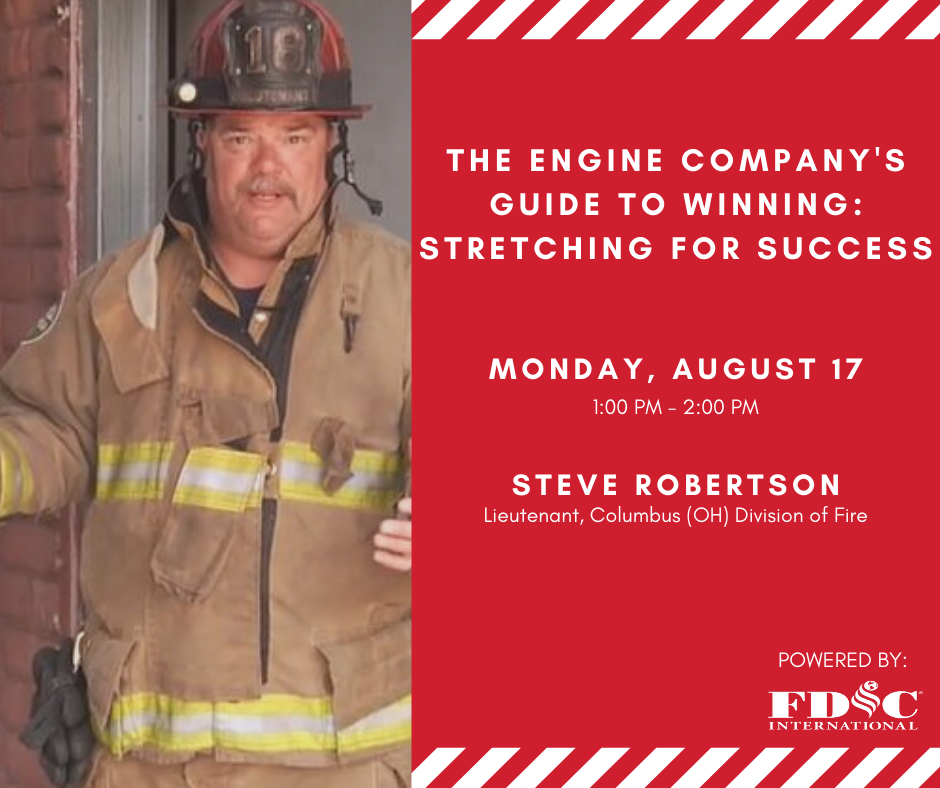 Join us for a presentation on engine company work from Lieutenant Steve Robertson of the Columbus (OH) Division of Fire as part of the REV Fire Group Apparatus Conference & Expo.

In this ever-evolving modern fire environment, special emphasis must be on selecting and placing the first line correctly. We must put ourselves in a position to stretch for success. This class focuses on engine company priorities and tactics. Topics covered are selecting and placing the first handline in service properly (a priority), apparatus placement, line selection, matching the proper nozzle to the proper line, and line placement. Overcoming difficult stretches, vertical stretches, and short-staffed stretching are also covered.

Webcast: Must Haves for First Arriving