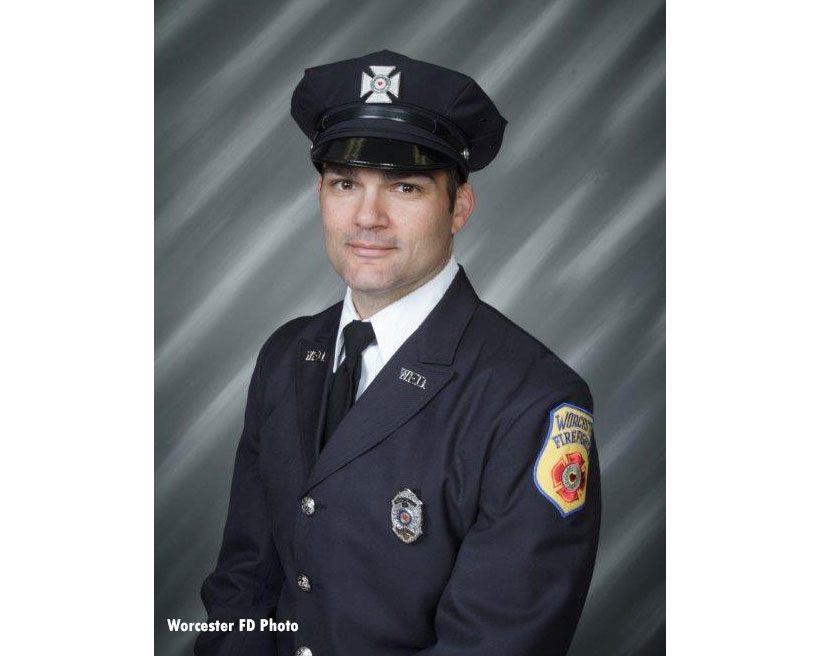 A Worcester (MA) fire lieutenant was killed while battling a fire that left several other firefighters injured, according to reports.

Crews arriving on scene at 7 Stockholm St. received reports that a baby was trapped on the third floor of the multi-family home, the report said. Firefighters issued a Mayday during the incident; Menard helped two members of his crew escape but was unable to get out.

According to the U.S. Fire Administration (USFA) report, in the early morning hours of Wednesday, November 13, 2019, Lieutenant Jason Menard and his crew responded to a multi-residential structure fire. They had heavy smoke coming from the building. The fire grew to four alarms and, at one point, firefighters issued a Mayday call from the third floor.  Lieutenant Menard and other firefighters became trapped by heavy fire conditions.  He helped two firefighters escape the blaze, but the fire quickly worsened and Lieutenant Menard was unable to flee and succumbed to his injuries.  Three other firefighters were taken to the hospital.  Two of the firefighters have been released and the third is in serious condition.

Menard had nine years of service.

To date, 51 firefighter fatalities have been reported to the USFA in 2019.

The International Association of Fire Fighters noted that Menard’s death is the third line-of-duty death for the Worcester Fire Department in less than 12 months and comes within weeks of the 20th anniversary of the Worcester Cold Storage Warehouse fire, which killed six Worcester firefighters.