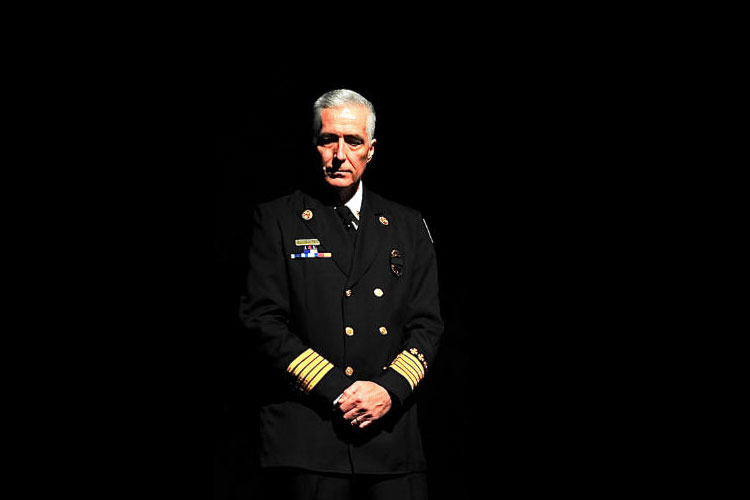 Recent events in the American fire service have prompted us to excerpt Fire Engineering Editor in Chief Bobby Halton‘s commentary from the December issue here. Please post your feedback in the comments below.

The most profound answer to the perennial question “Why did you join the fire department?” was offered in Harrisburg, Pennsylvania, by an elegant young female volunteer firefighter named Sara. We have all been asked why we joined, and many of us have sat on selection panels, hiring teams, and promotional boards where we and others have offered all varieties of answers. Generally, the answers were “to provide service,” “to give back to the community,” and “to make our communities safer places.” All of the answers in one way or another described our desire to contribute to the fire service in ways that would be meaningful. Meaning is an important part of our personal and private identity.

Our identity as a firefighter is tied up in our personality, our social identity, and our sense of self; it provides for many of us a sense of meaning. The great thinker, writer, and Holocaust survivor Dr. Viktor Frankl wrote extensively about finding meaning in one’s life. He dedicated his life after the war and his liberation from a Nazi (National Socialist German Workers’ Party) death camp in 1945 to helping others find meaning in their lives. Even as a young medical student, he had a keen and active interest in helping others in crisis and understanding and supporting those dealing with suicide idealization and other mental health issues.

As a practicing psychiatrist, Frankl treated tens of thousands of people with suicidal tendencies. In 1938, the Nazis imprisoned Frankl in a ghetto for Jewish people, where he worked on the mental health of his fellow prisoners. It is important to note that Frankl could have saved himself by coming to America but chose to stay behind to support his parents. The Nazis eventually sent Frankl, his wife, and his parents to Auschwitz; he was moved to several other camps, and his family, except his sister, died as prisoners. After his liberation, he wrote Man’s Search for Meaning in which he explained his belief that we can endure incredible hardships and devastating traumas as long as we believe our lives have meaning.

About 2,000 years before Frankl wrote this amazing work, the Roman stoic philosopher Seneca the Younger foretold his fate and that of Frankl with these words, “Invest in good actions: Everything you have can be taken away … except good deeds and virtue.” Frankl taught us everything can be taken away except how we react, how we conduct ourselves, in his words, “honorably.”

For as long as most of us can remember, we have been warned and have warned others about the dangers of being a firefighter–not just the physical dangers but also the psychological, mental threats we face. With the very best of intentions, we have told recruits and FNGs (funny new guys/girls) that they would encounter and experience things that would bother them; this is true. We warned them that they may have intrusive dreams, recurring memories, and other very disturbing results such as developing a serious condition called post traumatic stress disorder (PTSD)–that this stress could lead to poor health, behavioral health issues, drinking, and drug use. All of this is true; all of this must be shared.

It is interesting that although we warned and were warned, we nonetheless are repeatedly surprised when these things happen. Perhaps our efforts, themselves, are contributing to these outcomes. If you ask someone not to think of a black horse in a green meadow next to a white picket fence, he can’t stop himself from thinking about it. We think in pictures; we move toward what we assume must happen. What we have failed to do is keep up with mental health advances.

Now we have some good and hopefully encouraging news to share. In 1995, Richard Tedeschi, Ph.D., and Lawrence Calhoun, Ph.D., revealed the concept and study of Post Traumatic Growth (PTG) as an outcome of dealing with trauma. What the doctors explained is that although we may be affected by an event, we can grow from that experience. The concept is ancient and has been written about since Homer; all major religions and cultures have some version of it.

PTG identifies five specific areas we can grow in if we have an environment conducive to supporting growth: First, we see new opportunities or possibilities in life; second, we have increased sense of personal strength; third, we experience a change in relationships with others; fourth, we gain a greater appreciation for life in general; and fifth, if we are inclined in this way, we experience a deepening of spiritual life.

It is true we are at risk; even the strongest among us in the most supportive and just environments can develop PTSD, but we can also emerge from trauma experiencing various degrees of PTG. What we must begin to do now is share the new message of exposure to volatility and trauma, PTG, the other side of the story, as we share our warnings.

Seneca has given us many guideposts for virtuous lives, such as that good deeds and virtue are more important than wealth and power. Dr. Frankl gave us the most touching thought of all time when he said, “After all, man is that being who invented the gas chambers of Auschwitz; however, he is also that being who entered those gas chambers upright, with the Lord’s Prayer or the Shema Yisrael on his lips,” that good and evil exist within humanity, that we are all vulnerable and we are all strong.

And Sara? She embraced Seneca without knowing of him. She has meaning in her life. When asked why she wanted to be a firefighter, she answered, “Because I like to help people.”

He began his career in structural firefighting with the Albuquerque (NM) Fire Department in 1984, attained national registry as a paramedic, was chief of training, and rose to the rank of chief of operations until his retirement from that department in 2004. He then became chief of the Coppell (TX) Fire Department. He left to assume the duties as editor in chief of Fire Engineering.

Halton is a graduate of the University of New Mexico, left a member in good standing with the International Association of Fire Fighters, is a member of the International Association of Fire Chiefs, and has served on several of the National Fire Protection Association technical committees. He is active with the National Fallen Firefighters Life Safety Initiatives. He has done extensive speaking and training for the fire service in the United States and Canada and internationally.

IAFF Releases Report on Growing Risk of PTSD , Cancer for Firefighters and Paramedics

THE COST OF TRAUMATIC STRESS