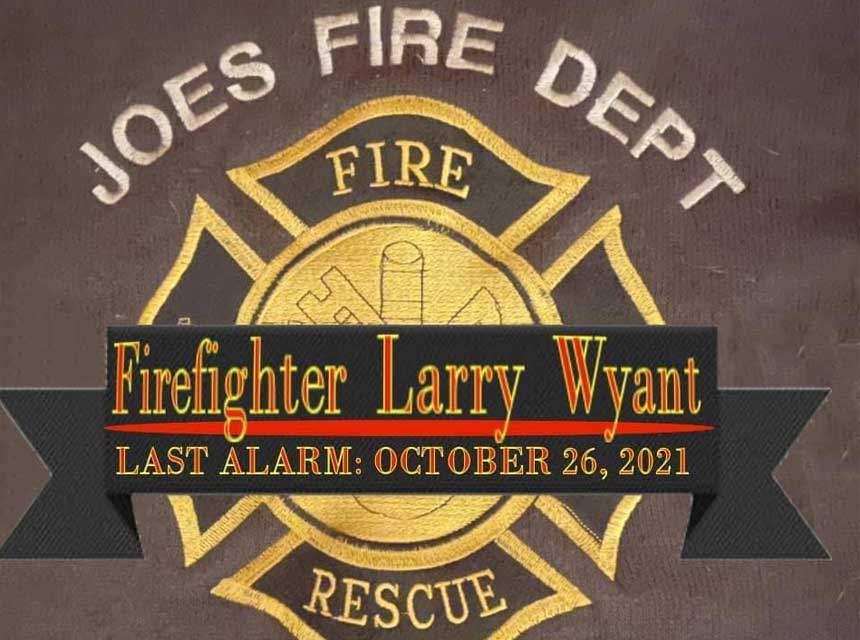 A firefighter in Yuma County, Colorado, was killed battling a field fire on Tuesday, according to reports.

Firefighter Larry Wyant of the Joes Fire Department was operating with other volunteer firefighters in the area in an effort to contain a fire sparked from a combine in a corn field by Highway 36 in southern Yuma County.

According a post on the fire department’s Facebook page, crews were battling 30mph winds with 60mph gusts. The wind direction changed multiple times, and Larry Wyant was caught by the fire. Crews were there within minutes, however it was already to late, the department noted.

A report from thedenverchannel.com noted that Wyant’s death occurred on the same day as a funeral for another local firefighter, Darcy Stallings, died after a crash Thursday evening, reportedly en route to a fire call.