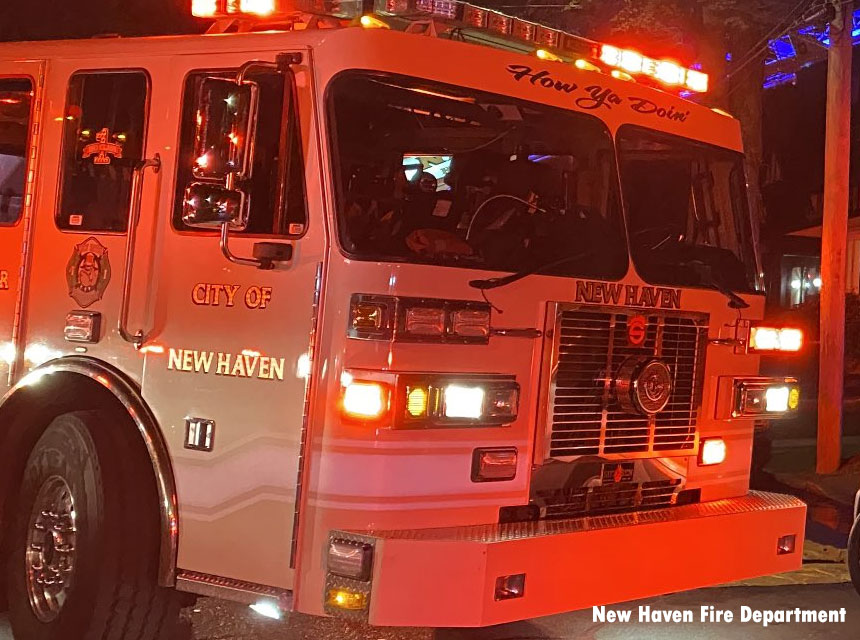 Rankins, 29, is back in the hospital, this time Yale New Haven Hospital, for tests after experiencing pain and is reiterating his “appreciation for everyone’s continued support and prayers,” family spokesman, retired fire Capt. Gary Tinney said Sunday.

Rankins, a popular figure in the community was critically injured in a May 12 fire on Valley Street that killed his friend, fellow firefighter Ricardo Torres Jr.

Tinney said his close friend is a “trooper to say the least.”

In a statement sent by his communications director, Mayor Justin Elicker said he wished Rankins “a speedy recovery.”

“Our entire community is indebted for his service and pulling for him,” Elicker said in the statement.

Rankins had a hero’s release from Bridgeport hospital’s burn unit May 23, exiting the hospital surrounded by throngs of cheering supporters holding, “We Love You,” signs. The crowd even sang Happy Birthday — Rankins’ birthday was the day before — as he made the short walk, but emotionally powerful walk from the exit to a waiting SUV.

While Rankins made fast improvement from his injuries — and people were just thrilled he survived — those on the inside, including Tinney, have said Rankins had a long way to go. His injuries from smoke inhalation included damage to his lungs.

No visitors are allowed at this time because of COVID restrictions, Tinney said.

Rankins is an all-around, larger-than life figure in the New Haven community, as he’s not only a firefighter and activist for the rights of his brothers and sisters with the department, but also a community volunteer who helps the homeless, children and marginalized in society.

New Haven resident Dawn Herring, who showed up for Rankins’ release celebration — she met him feeding the homeless — said he’s the kind of man moms hope their sons will be.

The morning of the fire, when his mom saw him at the hospital and Rankins was about to be intubated, he told her, “If I don’t make it, remember that I love you,” she said, through Tinney. He added, “Mom, you know you’re my No. 1 girl.”

Tinney has said Rankins has “a phenomenal soul,” a “heart of gold,” and is champion of civil rights for all.

Leah Brennan contributed to this story.