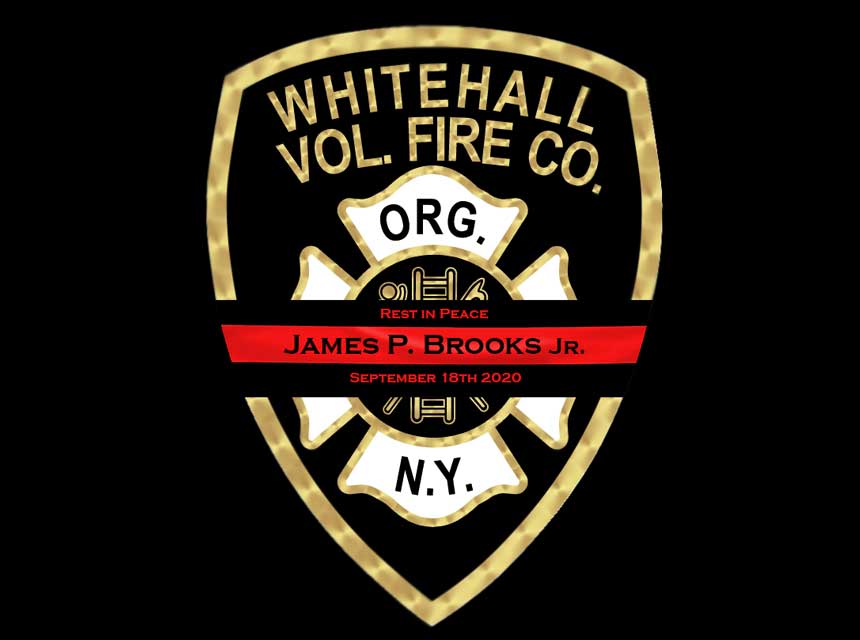 Jul. 13—WHITEHALL — The family of a local firefighter who died in the line of duty was awarded workers’ compensation and death benefits on Tuesday.

James Brooks, who was second assistant chief of the Whitehall Volunteer Fire Company, suffered a torn aorta when responding to a fire in Dresden on May 2, 2020.

He spent months recovering at the University of Vermont Medical Center in Burlington, Vermont. He was confined to a wheelchair and had the use of only his right arm after three strokes. He died on Sept. 17.

His workers’ compensation claim was denied by Benetech Adjustments, because the insurer claimed the injury was a preexisting condition.

His sister, Kathleen Brooks, said the family won an appeal before the Workers’ Compensation Board. The judge ruled the injury was caused by his fire department service.

“We are overjoyed and we’re really happy that all the work and time and effort that we put in will be beneficial to others — not just my family,” she said.

Kathleen Brooks said the decision means the family will not be on the hook for about $1 million in medical expenses, including $640,000 for the extended stay at Rutland Regional Medical Center and a month at Sunnyview Rehabilitation Center.

Brooks will also receive a death benefit of $50,000, which Kathleen Brooks said will be used to pay off her brother’s outstanding debts.

“We were probably going to lose his house and his truck and other personal things, all of his assets,” she said.

Brooks also said she is hoping Gov. Andrew Cuomo will sign the Chief James Brooks Jr. Act, which would create a presumption of coverage under the Volunteer Firefighters’ Benefit Law for vascular ruptures suffered in the line of duty, in the same way that heart attacks are covered.

The bill passed with bipartisan support so she does not believe there will be any obstacles. Cuomo is signing various bills throughout the summer.

Brooks said the family’s case and this bill will directly benefit all firefighters in New York.

The victory is bittersweet, she said.

“It has given us something to kind of take our mind off the grief somewhat,” she said.

But the ruling does not bring back her brother.

Firefighters and Cancer: If I Only Knew Then What I Know...