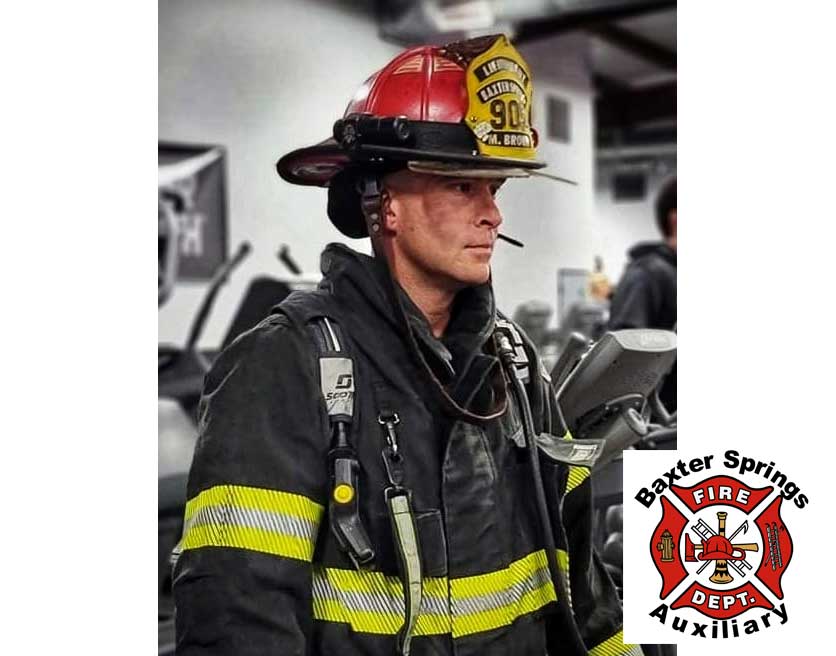 A Kansas community lost one of their heroes, and a family lost their dad, as an injured firefighter died following his monthlong fight in the hospital.

Baxter Springs firefighter Lt. Malachi Brown was hurt on the job while battling a structure fire alongside his team late on Oct. 15, the Baxter Springs Fire Auxiliary shared at the time.

Brown was flown to a Springfield burn unit with “severe 3rd degree burns over 27% of his body,” his wife, Jessica, shared to Facebook on Oct. 17. He was sedated and placed on a ventilator to help with pain and swelling.

“This is going to be a very long and hard journey,” she wrote in the public post. And for nearly a month, she continued to update their friends, family and community with how her husband was doing.

On Sunday, Nov. 7, she shared the last few days had been “long, hard and exhausting.”

“Anytime I asked how Malachi was doing the reply I got was ‘well.. he is fighting for his life,’” she said. Nurses believed he had made it through “the hardest part,” though he was still sedated and ventilated while in critical condition.

And just three days later, he lost his fight.

“With a very heavy heart, I have to let our friends and family know that on the evening of November 10th, Malachi has passed,” Jessica wrote. “He fought so hard for so long and we are so proud of the man he was. Thank you for all your prayers and support.

Brown was a father to three children, KODE reported.

On Thursday, Nov. 11, Baxter Springs firefighters and the community lined up to honor the firefighter as he was brought home.

Watch flaming SUV pass an Ohio trooper, who followed it and helped rescue the driver

Pelicans near Kansas lake have some people concerned. What are they doing there?