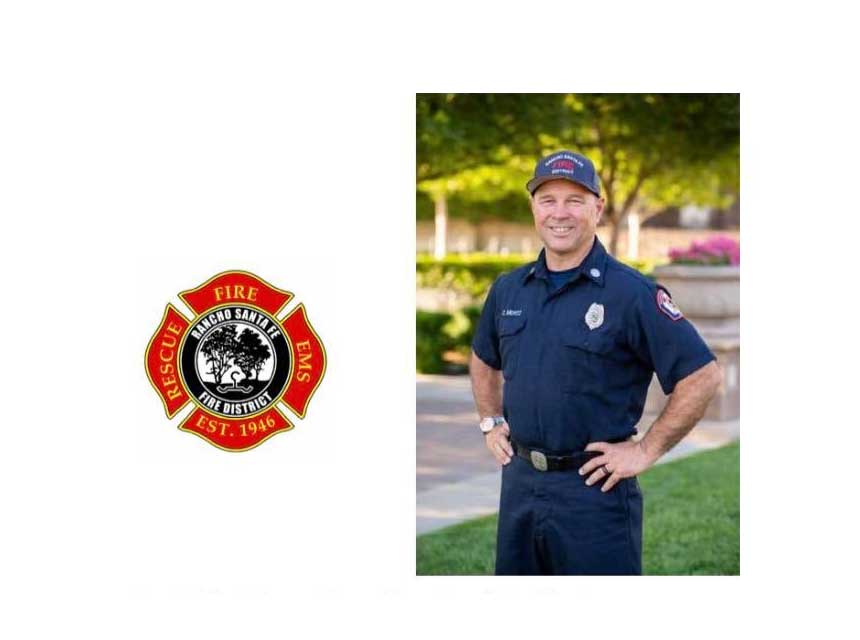 The 54-year-old was most recently assigned to Station 5 in Harmony Grove Village, according to the district’s statement. He is survived by his wife, Canli, his son, Garrett, who is a firefighter with Cal Fire San Diego, and his two daughters, Natalie and Roxanne, who both serve in the U.S. Air Force.

Mertz was one of the original members of the urban search-and-rescue team known as California Task Force 8, one of 28 such federal task forces that deploy to disasters across the country. As part of that team, he responded to New York City in the wake of the 9/11 attacks and to the Hurricane Katrina recovery efforts in 2005.

Before his 30-year career in Rancho Santa Fe, Mertz worked for the Federal Fire Department and United States Forest Service. During his time with the Forest Service, he was a member of the Laguna Hotshots, an elite hand crew based out of the Descanso Ranger District in the Cleveland National Forest.

In a statement, fire officials said donations in Mertz’s memory can be made to the Rancho Santa Fe Fire Foundation.