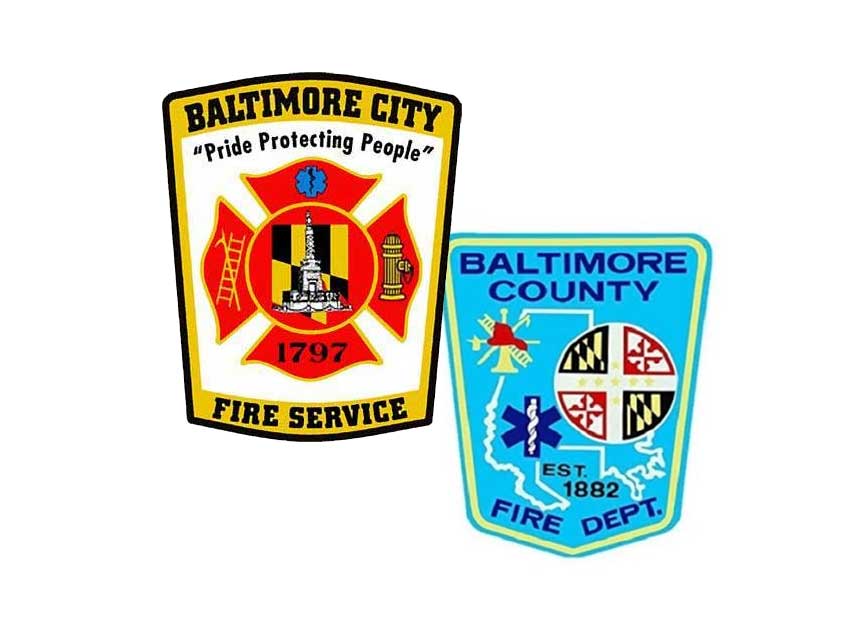 The first full week of mandates requiring all municipal workers in Baltimore and Baltimore County to either be vaccinated or undergo regular testing has begun, but tabulating the exact number of police and firefighters who complied remains a work in progress, officials said.

Residents in many cities and towns throughout the region hoping to find out the status of the person responding to their 911 calls are out of luck. That’s because the vast majority of departments say that if there is no mandate they aren’t even asking the vaccination status of their employees, according to a survey of area police and fire departments, and local officials.

Baltimore City and Baltimore County officials say they are collecting that information as their mandates go into effect ― Friday was Baltimore County’s deadline, while the city policy covering 14,000 employees begins today.

But only Baltimore Police had a tabulation ready for the public, saying that 64% of their employees are vaccinated, although it did not provide a breakdown between its 2,500 rank-and-file officers and 500 civilian workers.

Police spokeswoman Lindsey Eldridge said that individual vaccine statuses had been self-reported before the mandate.

“The City of Baltimore has conducted voluntary surveys of its workforce but expects to have a more accurate count of vaccinated employees through the implementation of this policy,” said Stefanie M. Mavronis, a spokeswoman for Baltimore Mayor Brandon Scott. She said the city has held events and will continue to provide opportunities for employees to get the vaccine.

On Friday, the head of the Baltimore police union sent a letter to members advising them not to share their vaccine status with the city, and threatened to fight the mandate in court.

Baltimore City Fire Department spokeswoman Blair Adams said Friday that the agency had not yet collected vaccine statuses of its employees but expected to have data once the mandate takes hold.

Baltimore County Executive Johnny Olszewski Jr. announced in September that the county would require government employees, including police officers and firefighters, to prove they are vaccinated or submit to weekly testing.

Police and fire officials in the county said last week that the agencies are collecting information about how many employees are vaccinated, but don’t have numbers available.

“The county is still undergoing that collection data process. As soon as it’s complete we will have an accurate number or range to give,” Officer Danielle Moore, a county police spokeswoman, said in an email Friday.

Police and firefighters, along with other essential workers, have been especially vulnerable to COVID-19. Many police departments, at the onset of the pandemic, faced officer shortages as officers either got sick or were forced to quarantine due to COVID-19 exposures. Baltimore Police, for example, briefly shuttered their Southwestern District in April 2020, forcing officers from other districts to provide coverage in the district.

The coronavirus also has been deadly for first responders. Nearly two years since the first COVID-19 case was reported in the U.S., more than 700 officers across the country have died from the illness, including six in Maryland, according to the National Fraternal Order of Police. Of the 144 firefighter deaths in 2020, 81 were believed to be from COVID-19, according to the National Fire Protection Association.

More than 80% of adults in Maryland have received at least one dose of the vaccine, and officials expect vaccination rates to climb with more mandates. The Biden administration announced last month that all federal employees would be required to get the shot, as would workers at private companies with more than 100 employees.

In many local jurisdictions, there is no way of telling how many officers and firefighters have been vaccinated. In responses to The Baltimore Sun, several local jurisdictions said they either do not collect such data, or could not release the information publicly.

Howard County spokesman Mark Miller said the county could not provide information on how many police and firefighters have received the vaccine, saying that “since there is no vaccination mandate, the county doesn’t collect it from employees. … [W]e do not have access to individual employee vaccination data, thus we do not have a number we can provide,” he wrote in an email.

Jacklyn Davis, an Anne Arundel County Police spokeswoman, said the agency does not track how many employees are vaccinated.

The Annapolis Police Department does not have a mandate, but Anne Arundel County offers a cash bonus to employees who get the shot. Police spokeswoman Patti Norris said 72 percent of their 77 officers are fully vaccinated, with many others already having received the first dose.

The Harford County Sheriff’s Office does not require members “to report to the agency whether or not they received a COVID-19 vaccine,” said spokeswoman Cristie Hopkins. “Vaccines are not required as a condition of employment, so we do not track.”

But Hopkins said vaccines were made available to employees.

“Agency members were alerted when vaccines were available for first responders through our local health department,” she said. “All registrations were done directly between the member and health department.”

It’s also unclear how many firefighters are vaccinated in Harford County, which relies on volunteer companies.

“Each company is independently operated and there is no mandate to vaccinate, nor any mandate for members who are vaccinated to report their vaccination to their respective company,” said Rich Gardiner, a spokesman for the Harford County Volunteer Fire and EMS Association.

Carroll County health department officials said they couldn’t provide the data because they have only very rough numbers. A spokesman with the Carroll County Sheriff’s Office did not respond to the request.

But as other cities announced vaccine and testing mandates, they also reported resistance among police officers and firefighters to getting the vaccine.

In Los Angeles, about a quarter of the police force has said it will seek either religious or medical exemptions, according to a Los Angeles Times report.

The head of Chicago’s police union has urged officers not to comply with the city’s mandate for employees to be vaccinated by the end of the year. The Chicago Tribune reported that the union planned to fight the mandate, threatening legal action and filing a labor grievance against the city.

Humpday Hangout: Firefighter Health and Safety with Norwood and Ricci