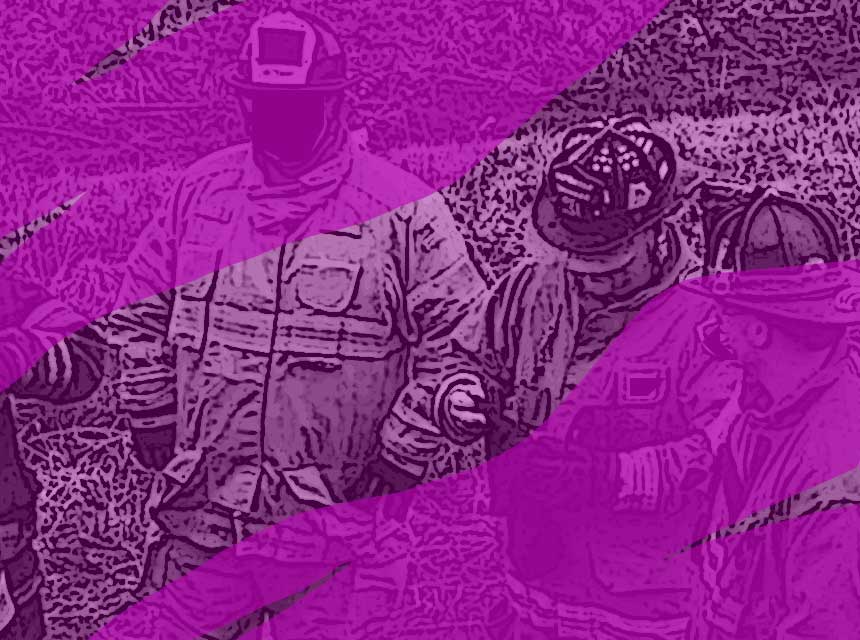 From the Environmental Working Group

WASHINGTON – A new study heightens concerns about firefighters’ exposure to the fluorinated “forever chemicals” known as PFAS: Nearly 99 percent of the fluorine found in tests of dust from inside fire stations likely came from unknown PFAS chemicals that could not be identified as ones that researchers had tested for.

The study by researchers from Notre Dame and Harvard, published in the peer-reviewed Journal of Exposure Science & Environmental Epidemiology, measured 24 PFAS and total fluorine in dust from 15 fire stations. About 60 percent of the stations no longer used PFAS-based firefighting foam, also known as aqueous film-forming foam, or AFFF. The others used AFFF very rarely.

“What are these unknown PFAS?” Andrews said. “Why were the levels higher in the firefighters’ gear lockers and apparatus bays? The turnout gear used by firefighters may be a more important source of PFAS exposure for firefighters than previously known.”

Your Gear, Your Life: Firefighter PPE Toxins and What to Do About Them

Some PFAS chemicals, including PFOS in firefighting foam, have been linked to serious health hazards, including cancer, reproductive and developmental harms, and reduced effectiveness of vaccines, and is found in the blood of virtually every American. But studies show that firefighters tend to have even more PFAS in their blood. One reason is that the PFAS that makes their turnout gear waterproof is also leaching into the inner layers of their coats.

The dust samples from turnout gear locker areas had higher levels of several PFAS than the dust from the station living areas, and those PFAS were also detected on the turnout gear, based on the wipe samples.

The findings reinforce an earlier study by researchers from Notre Dame University that found PFAS used to treat firefighters’ gear could pose a threat to their health.

“If they touch the gear, it gets on their hands, and if they go fight a fire and they put the gear on and take it off and then go eat and don’t wash hands, it could transfer hand to mouth,” researcher Graham Peaslee, Ph.D., a professor of physics at the University of Notre Dame, said in a news release on the earlier study. “And if you’re sweating and you have sweat pores, could some of these chemicals come off on the thermal layer and get into the skin? The answer is probably.”

The companies that make firefighting foam and gear understood these risks for decades. Foam and gear manufacturers knew that PFAS were toxic and building up in blood but failed to warn firefighters and instead fought to continue their use.

“Firefighters are already disproportionately exposed to toxic PFAS through firefighting foam,” said Scott Faber, senior vice president for government affairs at EWG. “Now we’re learning they’re exposed to unknown PFAS in their fire stations and gear. We already know the toxicological profiles for replacement PFAS tend to show they are just as harmful as older siblings like PFOS.”

A study by the National Institute for Occupational Safety and Health, completed in 2015, found “evidence that firefighters are at increased risk of certain types of cancer as a result of occupational exposure.” Although the study did not look at PFAS specifically, other studies have linked these compounds to an increased cancer risk.

As Peaslee recently told The New York Times, “It’s one more risk factor, but it’s one that we can eliminate, whereas you can’t eliminate the risk of running into a burning building. And firefighters aren’t told about this. So they’re wearing it, they’re lounging in it when they’re between calls. That’s chronic exposure, and that’s not good.”

“The large variety of different PFAS and the unknown PFAS found in the dust samples really emphasize the need to regulate PFAS not one by one but as a class, to protect the health of all people, including firefighters,” said Andrews. More than a dozen scientists made that exact argument in an article in the peer-reviewed journal Environmental Science & Technology Letters.

Managing PFAS as a class is a critical step in addressing the PFAS crisis, along with eliminating non-essential uses. Reducing the unnecessary use of PFAS breaks the cycle of ongoing contamination. Lawmakers should prioritize quickly phasing out these unnecessary uses of PFAS.

The Environmental Protection Agency should also place a moratorium on approval of new PFAS chemicals and new uses of existing PFAS chemicals. The EPA must also move quickly to regulate PFAS as a class in industrial discharges into the air and water, develop a method to test for PFAS as a class, and set health-protective limits on PFAS in drinking water.