WHAT WE LEARNED ❘ By Daniel Fresse

Recently, companies in my battalion responded to an alarm activation call in an industrial warehouse containing cardboard. The call came in at approximately 2018 hours; the warehouse had been closed for several hours. The facility consisted of the cardboard warehouse and a day care center, which was attached on the Delta side and housed under the same roof system. 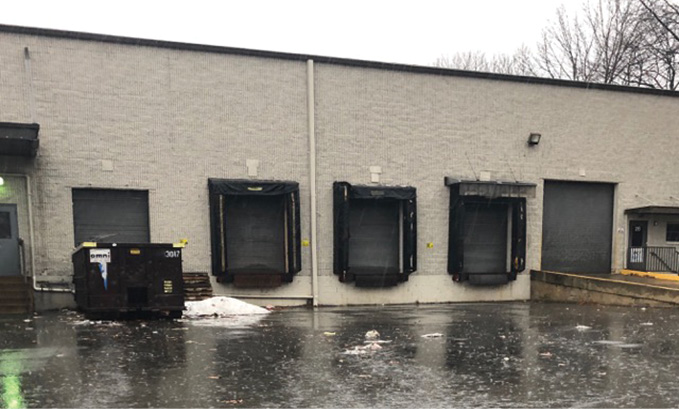 (1) This warehouse is typical of the structures in which you may encounter carbon monoxide readings caused by hydrogen or hydrogen sulfide gases produced by charging lead acid batteries. (Photo by author.)

We accessed the structure with a key in a lockbox outside the facility; we obtained the code to open the box from the owner by phone. The alarm panel indicated a carbon monoxide (CO) alarm in the facility. We confirmed this with four-gas meter readings that were as high as 28 parts per million (ppm). Oxygen, lower explosive level, and hydrogen sulfide (H2S) readings were unaffected and displayed normal levels.

The company members quickly donned their self-contained breathing apparatus (SCBA) and proceeded to shut down the heating system, which was the only possible source of combustion in the facility that could have produced CO. We vented the facility, using electric fans and opening the windows opposite the fans. Following best practices, we took additional readings after the ventilation to confirm that the heating system was the source of the CO. To everyone’s surprise, the CO was still present in the facility.

We undertook a more detailed examination of the facility. After a painstaking inch-by-inch inspection, a member pointed at an actively charging forklift. The four-gas meters were then focused on the battery compartment, which consisted of multiple charging batteries in series under the sitting area. The CO readings began to spike. The firefighters disconnected the forklift from its power supply and ventilated the area using the same method as before. After the ventilation, the CO readings returned to zero ppm.

This puzzled everyone present: How could CO be produced from the charging of a series of lead acid batteries? Lead acid batteries are wide ranging in everyday use in boats, forklifts, submarines, hand tools, and industrial applications. Surely, we would have encountered such an event in the past. We engaged in a little research and came up with two explanations for the phenomenon we experienced.

Explanation 1. Charging lead acid batteries produces hydrogen (H2) gas. The hydrogen gas concentration should be minimal when the batteries are charging correctly. However, when overcharged or incorrectly charging, the batteries can produce larger amounts of H2 or H2S gas. This danger can be amplified if the charging is done in an area with limited ventilation. A lack of maintenance, overcharging, the need for replacement, and charging in a confined area are conditions that contribute to the amount of H2 production.1-4

Explanation 2. H2 causes “false” readings on a CO alarm and detector. This is well-documented if you would like to research it; it has to do with the reaction used to detect the CO within these units. The false reading refers to the meter’s detecting H2 and giving it as false CO readings on the meter. However, H2 is present in the atmosphere and brings its own safety issues.5-7

H2 gas. H2 gas is odorless; is extremely flammable; and, in high concentrations, can displace oxygen, resulting in potential death from asphyxiation. The symptoms of H2 exposure are similar to those from CO exposure and include nausea, dizziness, headache, ringing ears, blue skin, vomiting, and unconsciousness. In addition, it is explosive in concentrations of four percent or higher. A typical flammable gas meter is not suitable to detect the concentrations of H2 in the atmosphere. In other words, we have no way of knowing the concentration present in the air without the proper meter, so assume the worst and take the most conservative precautions.

H2S gas. H2S gas, also known as sewer gas, is a very dangerous and toxic gas that can kill at very low levels when compared to other toxic gases. There are a couple of allies when it comes to detecting its presence and concentrations. The first is that it is detectable to the human nose through an odor similar to rotten eggs. This should be a warning to have civilians leave the area and for firefighters to don SCBA until they determine the concentration present. When exposed to H2S at levels as low as 10 ppm for three minutes, it can kill your olfactory sense and prevent you from detecting it any longer. The sooner you are aware of its presence, the quicker you can react and inhibit its proliferation in the atmosphere—or you can at least evacuate the area.

The second advantage is that H2S is a staple in the typical four-gas meter carried by fire departments, so we can accurately detect its presence and concentration. H2S is considered immediately dangerous to life or health at a level of 100 ppm. It can, however, cause significant damage before it reaches that concentration. Exposure to as little as four ppm can damage your metabolism if you are not protected by a respiratory mask.

Cause of This CO Alarm

The potential overcharging of the lead acid batteries overnight led to the production of H2, which set off the facility’s CO alarms as well as the fire department detectors. This situation was detected only through an extensive and thorough examination of the facility that included best practices such as sealing the area back up and verifying that the danger had subsided through additional readings. This was the first time in my 17-plus-year career that I came across this anomaly, and I consider it important enough to share.

Following are the lessons learned and reinforced as a result of this incident:

3. What are the risks in charging an industrial battery? Canadian Centre for Occupational Health and Safety [Online]. (1997-2019) Available at: https://ccohs.ca/oshanswers/safety_haz/battery-charging.html (Accessed November 2018)

6. Why is hydrogen such a big issue for co-sensors?- GfG Instrumentation [Online]. (October 27, 2018) Available at: https://goodforgas.com/why-is-hydrogen-such-a-big-issue-for-co-sensors/ (Accessed November 2018).

Daniel Fresse, a member of the fire service for 16-plus years, is a battalion chief with North Hudson (NJ) Regional Fire and Rescue. He has a B.S. degree in biology from William Paterson University and a B.S. degree in fire science from New Jersey City University.