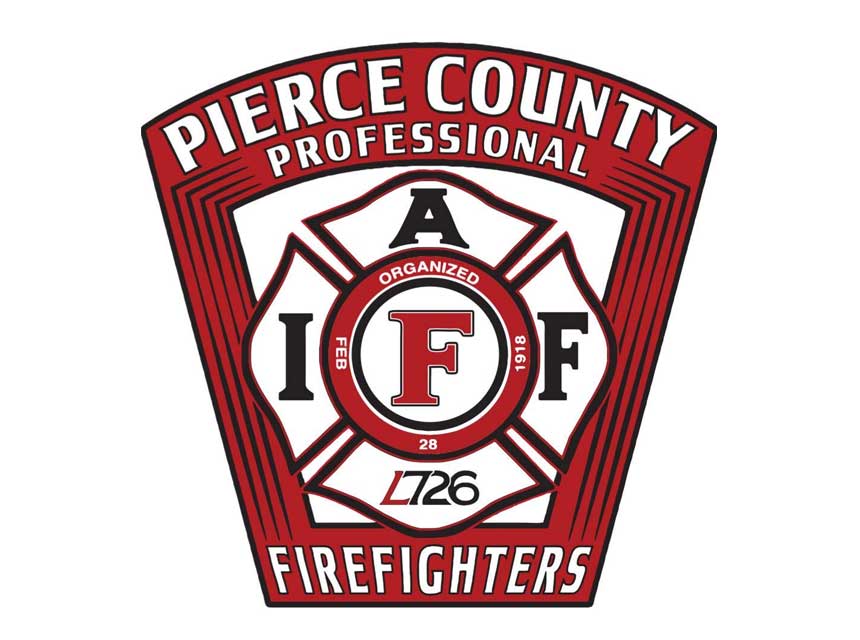 Fire chiefs and union leaders have estimated that about 30 percent of their departments or membership have yet to be vaccinated, and worry what the required vaccine will do to their workforce.

Some firefighters have told coworkers they are looking at other jobs, leaving the state or retiring early.

“We’re going to be forced to decide whether to take this vaccine or whether to seek alternatives that could potentially be outside of this job,” Pierce County Professional Firefighters President Aaron James said. “It’s a disgrace for our members as this has been their livelihood and their career.”

Those who become unemployed because of vaccine resistance may not qualify for unemployment, the Washington State Employment Security Department said. Those who have medical conditions or religious exemptions are excluded from the requirement.

James is the union president of Pierce County Professional Firefighters IAFF Local 726. He pointed out that between increased COVID-19 calls and wildfires, firefighters have already had a busy year and a half.

“Our workforce has already been stretched thin due to one of the driest summers with the amount of brush fires, and the amount of calls are increasing,” he told The News Tribune. “To take the governor’s proclamation or mandate would really devastate our workforce even further.”

Bryan Copeland is the president of West Pierce Fire Fighters IAFF Local 1488. He said the potential of losing any of the firefighters in his department hurts all of them.

West Pierce Fire & Rescue’s Chief Jim Sharp has estimated that about 30 percent of the 163 members are currently not vaccinated.

James, who represents 430 firefighters in Graham, Central Pierce, South Pierce and Orting, also estimated that 30 percent of his membership have not been vaccinated.

Allyson Hinzman, president of the Tacoma Firefighters Local 31 union, said the mandate could have a “pretty significant impact” on the 412 members in the fire union.

“We’ve been stretched pretty thin,” she said. “Our biggest concern with the mandate is not only losing people, but the fact that we’re losing people over an issue of them wanting to make a decision that they feel is right for their bodies and their family.”

Washington is breaking COVID-19 case counts with the Delta variant rapidly spreading across the state. August’s active COVID-19 cases are four times as high as in July, a Washington State Department of Health said. The seven-day average of hospital admissions has tripled in the same timeframe.

Pierce County is no exception, with a 200 percent jump in reported cases and hospitalizations over the last couple of weeks, according to the Tacoma-Pierce County Health Department. Many of the cases have been among children and in rural areas.

“Without full vaccination of the workforce these settings are facing a different staffing challenge as a result of this pandemic — workers are missing shifts in incredibly high numbers due to exposures and infections,” Faulk said in an email. “Employees are losing their lives from COVID-19 following work based exposures.”

The union presidents agree that the mandate took away the right for firefighters to choose the best option for them and their families. They wanted to see an alternative to the vaccine, like frequent testing and mask-wearing.

“It would have alleviated some of the concerns that we have regarding the current mandate as written, but we are with employees that we might lose,” Hinzman said.

The governor’s office said vaccines are the safest and most effective tool for workers and communities to be protected from the virus.

“We deeply considered requests for a test-out option, listened to stakeholders, engaged local leaders and ultimately determined it is infeasible and ineffective to address the crisis at hand,” Faulk said in an email.

Sharp said there are a lot of variables on how much this mandate impacts each fire district. West Pierce is a larger fire department so losing staff would not hurt as much as in smaller departments .

“We’re big enough that we can absorb a handful of people leaving,” he said. “We’re constantly hiring and backfilling. We see a half dozen or more people retire every year, typically anyways, so in our department, I don’t see that it would be a big challenge.”

The Tacoma Fire Department’s spokesperson Joe Meinecke said the administrative team is still researching the implications of the proclamation.

One fire chief is not concerned with the required shots hurting staffing levels.

“East Pierce Fire & Rescue does not foresee any staffing impacts associated with proclamation 21-14,” he said in an email. “We have a dynamic staffing plan which is designed to accommodate impacts caused by a number of unforeseen issues such as weather, injuries, illness, and disasters.”

Firefighter union presidents feel that members have seen a shift from being “frontline heroes” to being required to be vaccinated to work.

“The timing, the attitude shift on this has been disheartening on just overall morale for the department, just because we’ve been there from beginning we’ve figured it out, you know, we’ve put our family members in this unknown,” Hinzman said.

“It’s a very tough pill to swallow when we’re very proud of the methods in which we’ve responded to the pandemic and how we’ve cared for our communities,” Copeland said. “It’s a real tough juggling act at this point.”

If many choose to leave the fire station, James said it would be devastating for the community.

“It takes well over a year to apply to hire, and to train somebody just on the basics and to replace the leaders that we have in our organizations, it will take years,” he said.