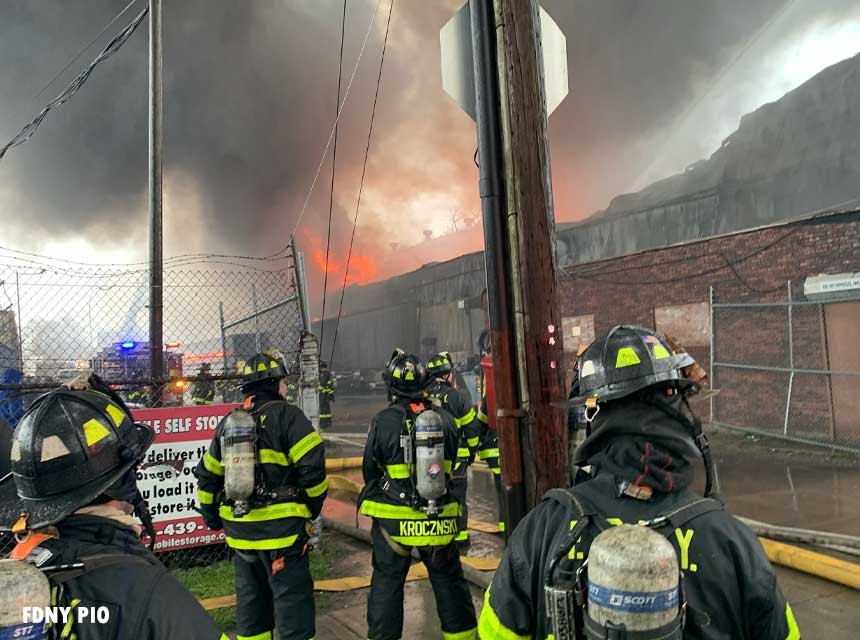 Apr. 1—STATEN ISLAND, N.Y. — FDNY firefighters Thursday continued to sift through the wreckage of a devastating five-alarm fire that tore through a Mariners Harbor warehouse the day prior.

The fire ripped through a factory located at 60 Davidson St. and sparked a five-hour battle to bring the inferno under control.

The cause of the fire remains under investigation, according to an official from the FDNY’s press office.

FDNY officials were observed Thursday on the scene, which was cordoned off during the investigation, inspecting the building and nearby utility lines.

There were workers in the building when the blaze broke out, but all were accounted for, said FDNY Acting Chief of Department Thomas Richardson.

Once source told the Advance/SILive.com there were flammable materials in the building.

Shortly after the Mariners Harbor fire, a separate blaze ravaged a Midland Beach home, charring its exterior and exposing beams in the attic.

One firefighter was injured in the second-alarm response, the Advance/SILive.com reported.

The FDNY requested a structural stability inspection for the home due to the fire, according to city Buildings Department public records.

One Dead, Two Hospitalized After Camden (ME) Fire