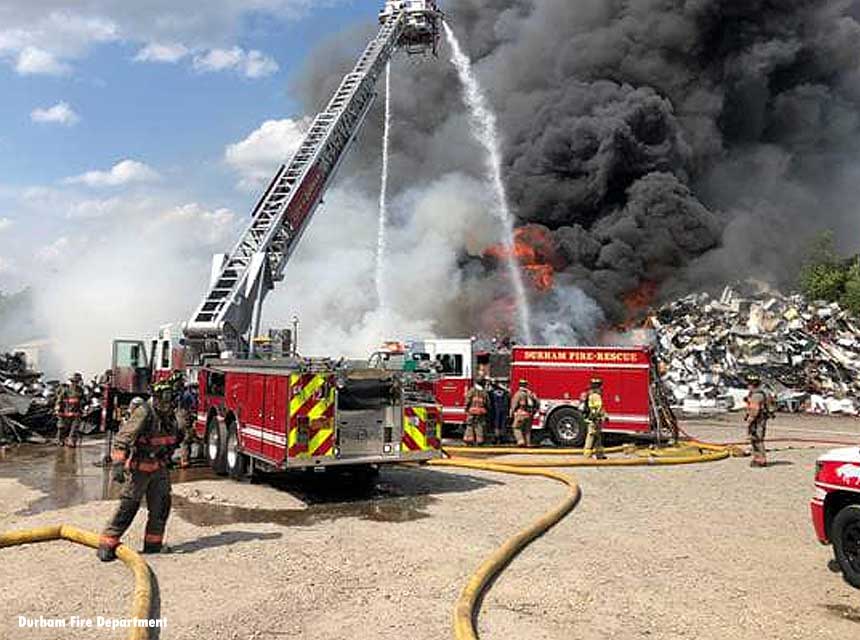 Apr. 30—The Durham Fire Department battled a blaze at Foss Recycling Thursday afternoon, which sent smoke into the sky that could be seen from miles away.

At least 10 cars were on fire, according to ABC11, The News & Observer’s news gathering partner.

No injuries were reported, WRAL and CBS17 reports.

“It’s driving that fire deeper into the pile,” he told WRAL. “We’re using some heavy equipment to try and pull it apart. We have to pull the pile apart to get to the fire. We’ve never had a pile this big, that I can recall.”

Iannuzzi said 60 firefighters were on the scene, WRAL reports.