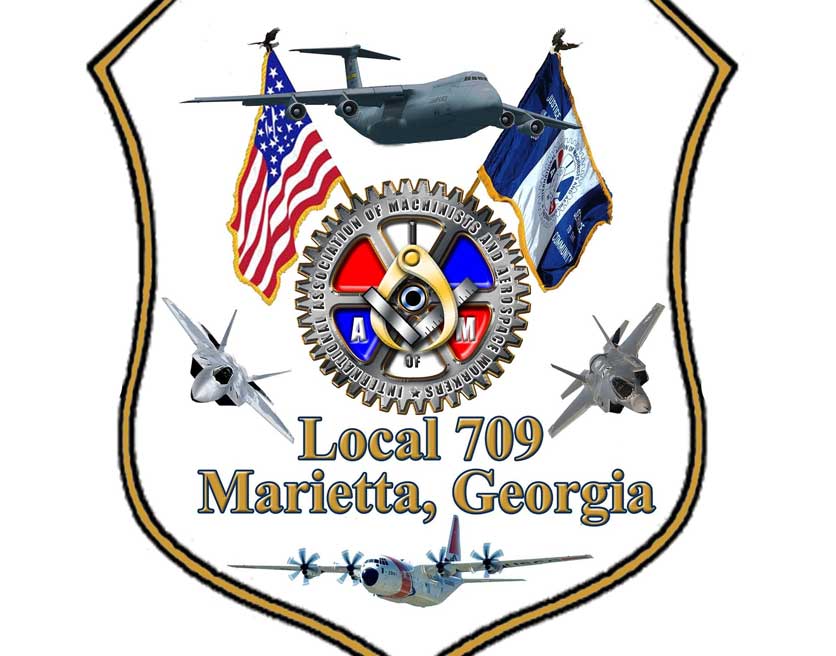 Nov. 9—MARIETTA — When a fighter jet came screaming out of the sky and exploded into a Smyrna apartment complex in 1989, Andy Dean was dispatched to the scene of the disaster.

After 38 years working for Lockheed at its Marietta plant, however, Dean and 40 of his fellow unionized firefighters have their livelihoods at risk as the aerospace firms considers outsourcing its fire protection duties to a private contractor.

A contingent of the firefighters, recently huddled around a conference table at the International Association of Machinists and Aerospace Workers (IAM) Local 709 hall in Marietta, called the move “a slap in the face.”

“They called us essential personnel. We’re still in the middle of this pandemic. What, we’re not essential anymore just because now they feel like they want to save a dollar?” said Curtis Mosley, who joined the department nearly 18 years ago. “No, we’re still essential. We still matter.”

The firefighters are particularly incensed because the move is coming just three years into a “good faith” five-year contract with the company. Firefighter Brian Miller and Local 709 President James Butler said the last contract, like the one before it, saw the firefighters’ benefits reduced.

“They have no intention to discuss anything with us, other than the fact that we’re … too expensive,” Miller said.

“It’s a false pretense of cost savings,” chimed in Daniel Johnson, “when the company’s had record-breaking profits year after year, quarter after quarter.”

Each firefighter carried a pamphlet detailing those profits, which were $6.9 billion in 2020. Looking down at those numbers and considering what could come in the weeks ahead, the anger in the room was palpable.

“If Lockheed Martin was having tough times right now, we’d all tighten our belts and do what we had to do, cut back where we had to,” said Ron Holtzclaw. “But right now, you know, times are good. There’s no reason for Lockheed to be doing what they’re doing.”

Added Mosley, in exasperation, “We matter to the United States government. Without us, what war can they fight?”

Lockheed didn’t immediately respond to an inquiry from the MDJ on the status of the talks. Spokesman Rob Fuller provided the following statement last month:

“We regularly explore opportunities to improve quality and efficiency in our business operations, while ensuring the safety of all employees. When there is potential for impact on our represented employees, we inform union leadership. This notification takes place before any decision is made and provides union leadership the opportunity share its view of the potential change. The union views are included with other information and analysis when we consider changes to business operations. At this time there are no decisions regarding any initiatives or changes and, as a matter of practice, we do not speculate on pre-decisional or conceptual changes.”

But the firefighters wanted to issue a warning to Lockheed: they might be able to find cheaper workers, but they won’t be able to find better ones. Most of the firefighters are military veterans, and spent years working in other fire departments before they landed a job at the Marietta plant. Ensuring multi-million dollar military planes don’t go up in flames, they said, isn’t a novice’s task.

Many of the firefighters worried about their prospects trying to find work, should talks with Lockheed fall through. The youngest member of their crew is 40 years old — not a prime age to change careers.

“We’re kind of aged out to hire on to another fire department. We’re done,” said Dean, noting that if he’d been a city of Marietta firefighter, he’d be enjoying retirement by now.

The firefighters’ fellow workers on the lines — the lines that build Marietta’s famous C-130 aircraft — have been as supportive as they can, said Lee Dillard, staging protests during lunch breaks and the like to support their peers. But it’s up to the union to make the case to keep the firefighters on the job.

“We’re in what they call decisional bargaining,” said Butler. Lockheed will present the cost for fire protection it can get with a private contractor, and the union will see if it can meet that price. Should those talks fall through, they’ll enter “effects bargaining” — negotiating over such things as severance.

Dillard said having bargaining power — especially in a right-to-work state, where just 4% of workers are represented by a union — has made all the difference.

“The union is the best thing in the world for any employee with a bigger, larger company like this, that is gonna try to treat you like they’re treating us right now,” he said. “The union is fighting for us. Without a union, this fight wouldn’t be anything at all, it would be … this is what you’re going to do, and it’s over with.”