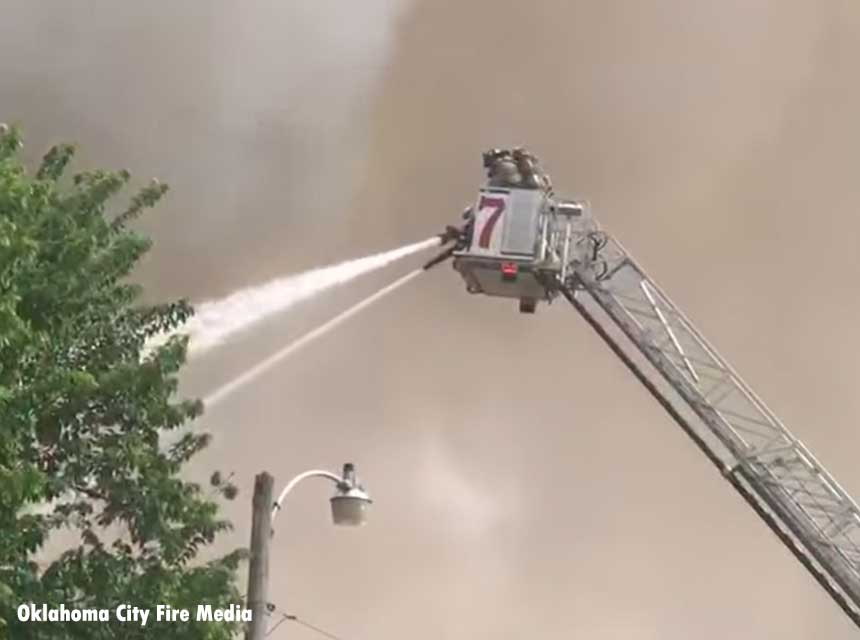 According to a report from the department, the calls begin coming in just before 4 p.m. Firefighters found two large, metal buildings storing construction materials well involved. Other businesses on two sides of the fire buildings were also threatened, but firefighters were able to save them both.

Three dogs were reported to be inside the building. Firefighters located one of the dogs behind the building. It had minor burns but otherwise appeared to be okay. According to a report from KOCO, there were no other injuries.