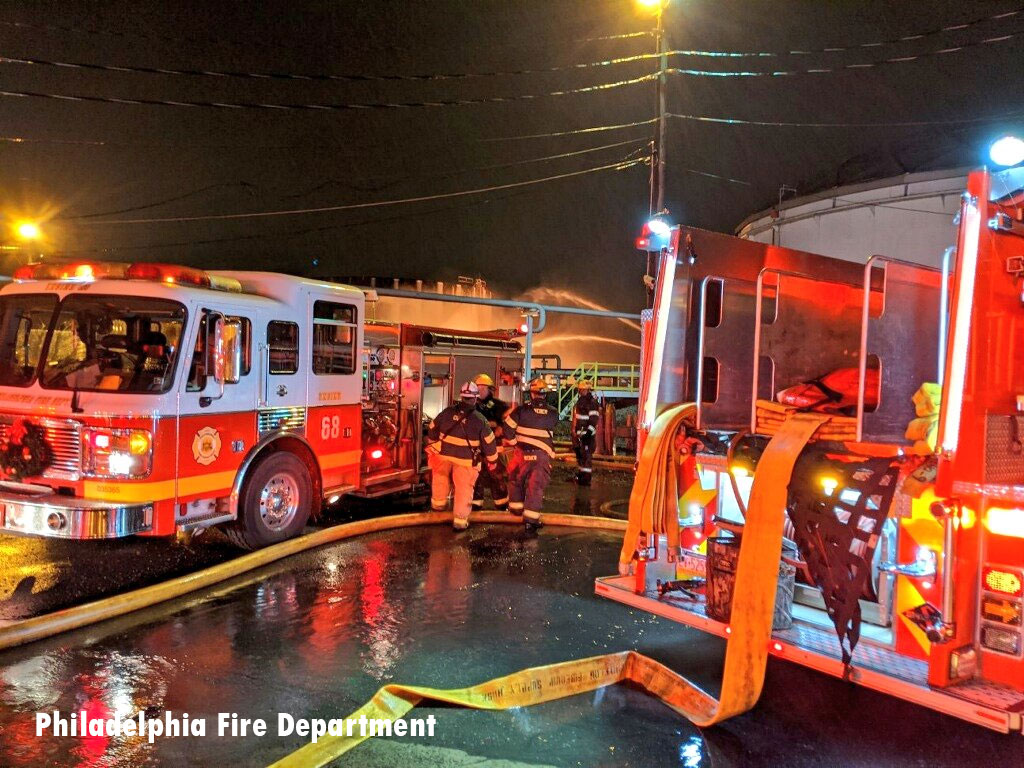 Yesterday, Philadelphia Fire Department units responded to a fire that burned between ethanol storage tanks at a fuel facility in the city, according to reports.

According to NBC Philadelphia, the fire began in piping between storage tanks at Kinder Morgan’s Point Breeze Terminal facility on the 6300 block of W. Passyunk Avenue around 6:45 p.m. The report said crews shut off valves to prevent the fire from reaching a large storage tank containing about 1.5 million gallons of ethanol. An unknown amount of ethanol was released but contained.

FOX29 says the fire was not related to the PES refinery fire, which happened June 21. There were no reported injuries.