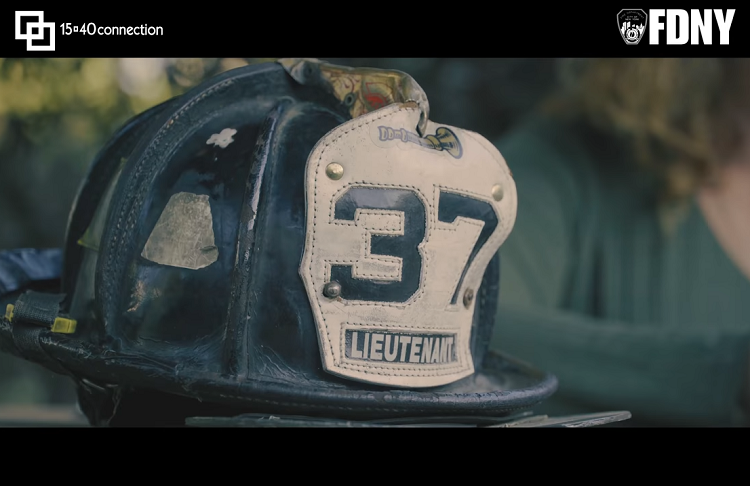 WESTBOROUGH, Mass. — Edward “Eddie” McDonagh Jr. responded to 9/11 as a member of Engine Company 324 of Queens and later served as a lieutenant for Engine 37/Ladder 40 in Harlem during a 20-year career as a firefighter for the Fire Department of the City of New York (FDNY).

Eddie died of colorectal cancer in 2017 at just 49 years old, leaving behind his wife, Kimberly, and five children, in a stark reminder of the devastating impact of occupational cancer in the fire service.

Since 2002, two out of every three firefighters who died in the line of duty died of cancer, according to the International Association of Fire Fighters.

The Massachusetts-based nonprofit 15-40 Connection – an education and advocacy organization that teaches people how to detect cancer early – created an initiative in 2018 aimed at helping members of the fire service across the country beat cancer through the power of early diagnosis.

In October 2019, 15-40 Connection began a partnership with the New York City Fire Department to share a newly-created, firefighter-specific version of its 3 Steps Detect education with the 11,000 uniformed firefighters of the second-largest municipal fire department in the world.

“This is going to be such a great program for our members and the fact that it will help so many families … It’s a no-brainer,” FDNY Deputy Chief Chuck Downey said.

The education includes a video titled “Eddie’s Afterglow” in which Kimberly McDonagh tackles Eddie’s delayed diagnosis, along with an impassioned plea to be proactive about health issues.

“My fight now is to help others avoid what has happened to my family,” Kimberly McDonagh said. “That’s why I believe so deeply in the work of 15-40 Connection.”

In a study of 30,000 firefighters, the National Institute for Occupational Health and Safety determined 10 types of cancer firefighters are at an elevated risk of developing – colorectal cancer is one of them.

15-40 Connection’s 3 Steps Detect teaches firefighters skills such as how to monitor their own health, which makes it easier to identity negative health changes, along with when to seek out medical attention and how to communicate with doctors to achieve the best results.

“We share a common goal with FDNY and other fire departments: We want to ensure that the people who dedicate their lives to helping others also know how to save their own lives through the power of early cancer detection,” 15-40 Connection President Tricia Laursen said.

In addition to FDNY, more than 3,200 firefighters at over 60 fire departments have learned 3 Steps Detect since May 2018.

Captain Mark Roche, the President of the Massachusetts Institute of Fire Department Instructors and a member of the Newton (Mass.) Fire Department said: “This program is one of the most important presentations that a firefighter will hear in their career and is one that every firefighter, active or retired, should see due to the products that we are exposed to in the course of our profession.”

Coach JC’s Exercise of the Day: The Hanging Leg Raise