The annual inspection of the Alliance. Ohio, fire department was held January 2. The attendance at each of the inspections showed that the public takes pride in the department and many favorable comments were heard. An extra drill was given by the men which consisted in making a run to the corner of Union and State streets, laying 100 feet of hose and producing a pressure of 80 pounds. The time of this drill was 1 minute and 49 seconds. Promptly at 1:30 o’clock the inspection at No. 1 station was held. At the announcement of the different times made there was loud applause. The records made this year were bet ter than last and the boys of No. 1 were highly complimented upon their excellent showing. After the inspection of the apparatus. etc., the drills were held. The hitch by two men. ready to go on receipt of alarm, was 13 seconds. With horses in stalls and doors open a hitch was made by three men in 7 seconds. The time made with horses backing to stalls and an alarm received was 4 1/2 seconds. With the horses under their collars a bitch was made in 3 seconds.Only 8 seconds were required to make a hitch with the horses in stalls and the men in their bunk room. The last drill, the chief’s auto ready to go, was made in 8 seconds. Hitch by two men. ready to go, on receipt of alarm, time 13 seconds. Horses in stalls, doors open, hitch by three men. 7 1/2 seconds. Horses backing to stalls, alarm received 5 1/2 seconds. Horses in stalls, men in bunk room 9 1/2 seconds. Standing hitch 3 1/2 seconds. In connection with the inspection it might be well to give a brief report of the work that has been done by the department during the past year. Seventy-five alarms were responded to. Fires originated in one stone building, 11 brick buildings. 44 wooden buildings and 13 other places. The first station to be inspected was No. 3, on South Union avenue. Mayor Speidel. Safety Director Thomas Doyle and many citizens assembled. The apparatus and equipment were first inspected. Following this came the inspection of the firemen in house duty uniform. Then came the inspection of the men in fatigue uniform. After the inspection came the drill. The first drill consisted in starting the automobile and being ready to go on receipt of alarm. This time was made in 5 3/4 seconds. The second drill of starting the auto and making a run to box 7. at the corner of Union and State street, was made in 32 seconds. Chief Arthur S. Aungst was in charge. 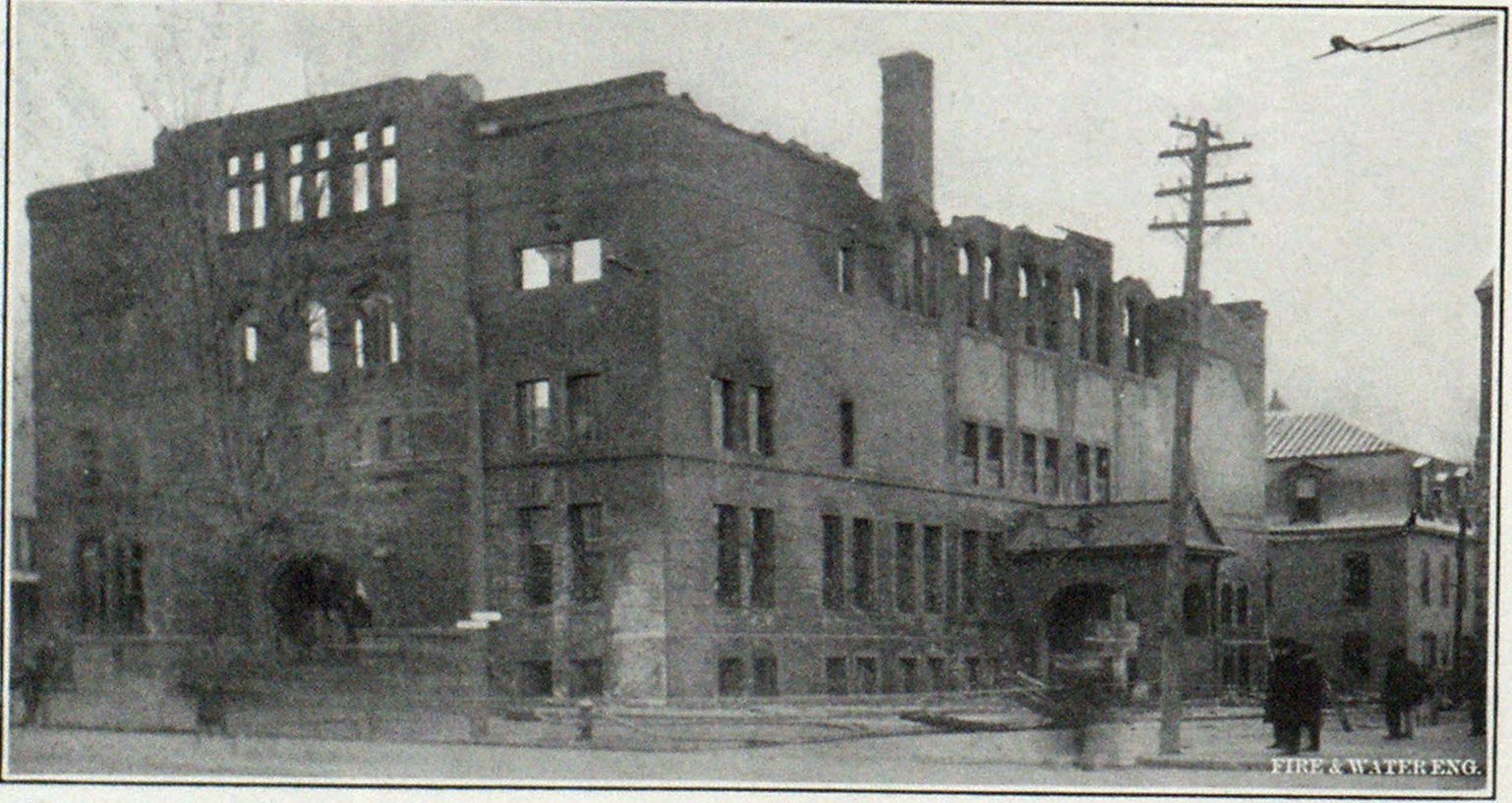 The showing made by the Alliance, Ohio, fire department at the annual inspection by the mayor, mayor-elect and director of public safety was most favorably commented upon by them and other public officials. The exhibition drills showed a marked degree of efficiency under Chief Arthur S. Aungst’s capable direction.