Chief Frank G. Reynolds of the Augusta, Ga., fire department has just made his annual report to the mayor and city council of that city. According to this report, the fire department responded to 594 alarms during 1920, as follows:

2 1/2-inch fire hose was purchased; also 500 feet standard rubber (4-ply) 1-inch chemical hose with coupling; 5 lengths of 5-inch suction hose with couplings, 10 feet each; 6 Babcock (3-gallon) fire extinguishers and I Lungmotor. The wheels on No. 2 motor combination chemical and hose-wagon were cut down, and 38×7 Pneumatic tires (Kelly-Springfield corded tires) replaced the “Fisk” demountable tires. Roofs of Nos. 1-2-5 and 7 have been repaired and painted. Painting and repairs have been made at all stations. The ordinance titled: “Providing for the cleanliness of alleys and premises,” approved by council May 4, 1920, has proved to be of valuable ansistance to the fire inspector, John C. Moore.

Chief Reynolds recommends strongly the purchase of a modern motor turn-table aerial hook and ladder truck with a 75-foot extension ladder to replace the horse-drawn hook and ladder truck now located at fire headquarters. (The ladders on the horsedrawn truck have been in use since 1906.) Augusta is the only city of its size and population that is not equipped with a modern motor aerial turn-table extension ladder truck for the congested and high value district. (A life net, scaling ladders, smoke-helmet and a life-gun) are included in the equipment of an aerial truck. He also recommends the purchase of “a 750-gallon 6-cylinder triple motor pump for No. 2 Motor Company. The motor combination chemical and hosewagon now located at this station, could be transferred to No. 5 Engine Company, displacing four horses. The steam fire engine (horse-drawn) at this station could be used as a reserve engine (without horses) by providing a Tow-pole to couple to any motor fire apparatus in case ap extra engine was needed. The wear and tear on No. 6 motor pump (continued in service since August, 1909, eleven years) cannot be depended on for much longer service, therefore a now motor pump is a necessity in keeping up the pumping capacity of the fire department. No. 2 territory includes all cotton compresses, manufacturing plants, Broad street and Cotton Row. A motor aerial truck and a motor triple pump would completely motorize the fire department. displacing eight horsese, six in active service and two in reserve.”

In referring to the water works system Chief Reynolds says: “There are 1,052 fire hydrants, 37 of these hydrants are of the old Sylvester type (probably 60 years in service). They are positively unreliable for fire service, should be condemned and replaced with modern fire hydrants. The Water Works furnished an ample supply of water during 1920.”

He further recommends several extensions of water mains and locations for new hydrants. One of the most important recommendations that the chief makes is that of an emergency 12-inch main to supply water in case of a break in the 24-inch supply main on Wrightsboro Road. In connection with this recommendation he points out that the unexpended balance of the J. B. White bequest would more than pay for the entire work, which he believes, would mean a reduction in insurance rates. Such a main as the chief proposes would make a complete circulation of water supply, and would also give sufficient pressure and volume to offset any break in the larger main. 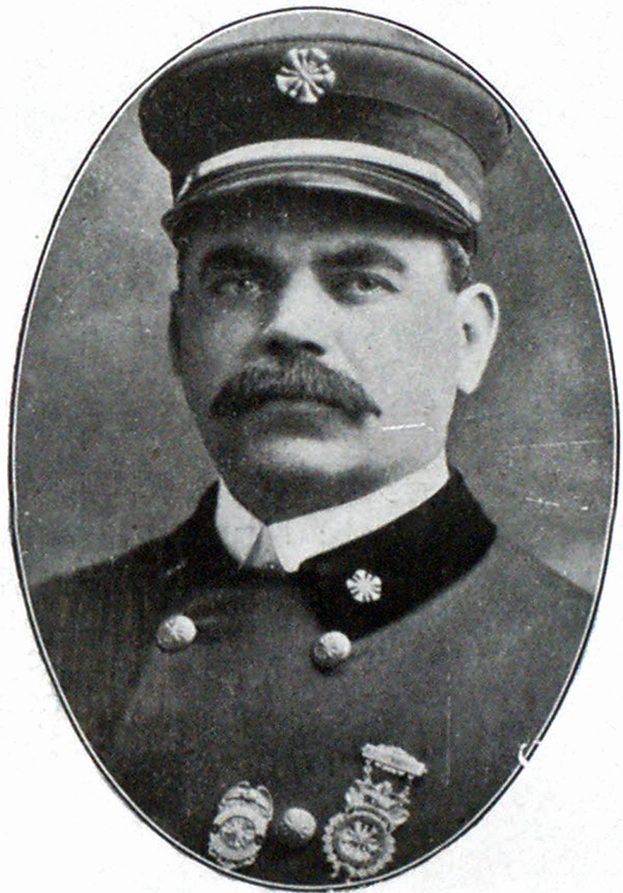 According to the annual report of Chief Frank Reynolds, of the Augusta, Ga., fire department, 510 calls were responded to during the year just ended. The total fire loss in the city during the year was $139,510.80. The total loss in excess of insurance was $3,414.50. In his recommendations Chief Reynolds urged that a motor aerial turntable truck with a 75-foot automatic extension ladder be added to the equipment. He also urged the reopening of No. 4 Station at the earliest possible moment. The chief called attention to the cooperation rendered by the Camp Hancock authorities, the company at Fire Station No. 1 at the camp responding to 12 boxes in the Monte Sano and Summerville districts and responding to all general alarm calls. The alarms during the vears were divided as follows: Bell, 399; telephone, 140;’verbal, 17; out of city, 5. Total, 510. The total loss on buildings during 1918 was $66,443.30. The total loss on contents during 1918 was $73,067.50.

Three thousand feet fabric rubber-lined standard 292inch fire hose was purchased, tested and immediately put in service. Two new 60-gallon chemical tanks were purchased to replace two old ones that had been in service for twenty-four years. The wheels on the motor chemical engine were cut down and 38×7 United States corded pneumatic tires replaced the 6×40 Fisk pneumatic tires. A new set of Firestone cushion tires, 38 x 5 have been placed on the wheels of No. 7 pump. Reo motor supply truck was purchased last June to replace worn out truck (condemned). This motor supply truck has rendered valuable service to the Fire Department in supplying coal and gasoline at fires besides delivering supplies to the different stations. On several occasions this truck has “filled in” for the chief’s car, also for No. 6 motor pump while in the repair shop. Stations Nos. 1, 2. 5, 6, 7 and Headquarters have been overhauled and painted, wherever repairs were found necessary.

“The water works system,” says Chief Reynolds, “has furnished an ample supply of water except at the Hulse Steam Laundry fire. On account of the elevation and small mains the motor pumps did not get an ample supply of water. An eight-inch main has been extended on Amsterdam Avenue from the Atlantic States Warehouse to Mill Street. Also a 12-inch main has been extended from the Enterprise Manufacturing Company on Greene Street to Fifteenth, also north on Fifteenth to Broad, west on Broad Street in front of the Southern Cotton Oil Company, city stables, Claussen’s Bakery, up to the King and Sibley Mills. The above extension should furnish an ample supply of water; also an increased pressure through this valuable manufacturing district. Some of the old Sylvester fire hydrants are still a handicap to the fire department and should be replaced as rapidly as possible with modern fire hydrants.”

There are six horses in active service, four are stationed at No. 5 engine company and two with the hook and ladder company at Headquarters. One horse in reserve. Total 7.

At the recent annual meeting of officials of the Warwick and Coventry Fire District, R. I., extensive changes were made in the by-laws to conform to the new conditions arising from the establishment of a permanent department, consisting of a chief, three deputy chiefs, two permanent firemen, thirty call men, and volunteers not to exceed ten men. Thomas Robert was elected chief engineer. New apparatus has been purchased for the department.