More
Home Leadership Are You a “Team Player”? 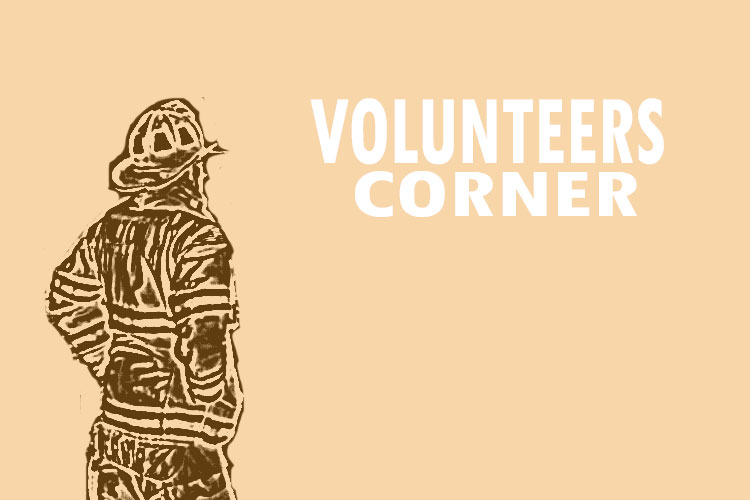 To say that fighting a fire, working an extrication, or responding to any alarm requires a company (engine, truck, rescue) to work as a team to be successful is an understatement. Coaches may say that “the assist is more important than the goal”; I cannot agree more. There are jobs that are more attractive, fun, exciting, or even “sexy” on the fireground. Ask yourself, would you rather be the nozzle or control firefighter? This should be a simple question to answer. Which one is more important? Neither! If one team member is missing or does not perform, the entire operation will fail. When we fail, people are injured or we lose or damage greater amounts of property while putting ourselves at greater risk.

On the Line: Pursuing Perfection and Catching Excellence

Working as a team player is one of the most important things fire service leaders can encourage their company members to do. Our best leaders are team players who know not only how to lead but how to follow as well. So, where do we see this leadership in the volunteer service? If your department works on a callout basis only (e.g., dispatch, responding to station, turnout, then respond) what position you end up in is on a first-come, first-served basis. As with everything, this can be both good and bad.

Deciding on a Seat

Many departments have assigned seats on the apparatus such as the engine, nozzle, backup, control, and driver/operator. On a truck, seats can be the can, hook, roof, outside vent, and driver/operator. Now, we can look at these lists and rank what we would prefer to do. The question is, if you arrive at the station and are qualified to complete each task noted, where do you sit first? Does it depend on the alarm? On who is there? The time of day? The best answer should be, “What is needed first?” not “What would I prefer to do at this call?”

For a “smells and bells” auto alarm, do you hop into the driver’s seat? For a reported structure alarm, if the rig is full, do you get in and wait for a driver? Did you take the driver’s seat for the “boring” call because you wanted to have fun driving? Did you wait for a driver you blocked out the past few weeks for a “good” call to arrive? Is this being a team player?

How can you be a team player? First, understand that, when the team wins, we all win—in other words, the responding engine, truck, or rescue company; the department; and the community. The “win” occurs when we put out the fire quickly, complete the rescue on time, provide aid on an emergency medical services run, and limit the damage to a civilian’s property.

When things go right, we all win. When things do not go so well, we all lose. Never be the “pager firefighter” who shows for the “good sounding” calls but not for drills, training, or work details. Iit is well known that in the volunteer fire service there are times when you cannot attend a drill or other event because of a commitment but can break free for the alarm. Occasionally, this is fine. However, it should not be the norm. Turn out not just to alarms but also to the other needs and requirements of the department.

Participate in all aspects of alarms and drills. If you are attending an ice rescue drill and you are willing to don the cold-water suits for an alarm, don it at the drill. How many times do you see someone drive to a drill in civilian clothing (which is fine if your standard operating procedures allow it) but not gear up for evolutions? A team player is willing to do—and train to do—the job.

As a leader, how can you be a team player? Simply by knowing, following, and enforcing the rules. We have all witnessed the “Do as I say, not as I do” leader; this may refer to driving apparatus, personal protective equipment, or freelancing. Being a leader, not a boss, is doing what needs to be done, even if the job is boring. We all must understand that there are many jobs to do at every alarm. Being a leader is, ultimately, being a team player. And, as the leader, do not be on the nozzle, use a tool, or drive the apparatus unless that position needs to be filled or the task is not being completed.

We all have been to alarms where the line officer is doing the work and firefighters are standing around watching him. This should not happen unless there is no qualified firefighter to complete the task. If you cannot lead and instead must always do this work, it might not be the right time to be a leader.

Also, give as much credit as you can. When someone does the right thing, let him know, and do it publicly! Call him out in front of the company for completing a good stretch, extrication, vent, and so on. Some might like to receive that type of public reward; when handled correctly, everyone will want to improve. Don’t just call out the “big” jobs. Remember, the little jobs make the big jobs possible. At my department’s station, everyone thanks the driver. It sounds a little odd, but it does mean something.

How do you create or improve your team’s effort? Simply, know and follow the rules and think of everyone’s end needs, not yours. When it comes time to work, never walk away from work. Live by the “3-4 Rule”: If there are four brooms, hand out three, keep the fourth, and work alongside your crew. Far too often, we see leaders not willing to do the “work” anymore or be willing to work on the more mundane (lower) tasks once they are at “rank.” So, be the leader and team player who steps off the apparatus to back out the driver, gets the fuel, helps during equipment checks, cleans up, and does not disappear or stand around and watch as the others work. The paperwork can wait until the work is done. By working side-by-side with the crew, you are not just part of the team—you are the leader of the team.

For alarms, the everyday smells and bells, or the “big one,” ensure that all the fireground tasks are being completed, and in the correct order. This starts at the station. If members are qualified to drive or operate the apparatus and are waiting so they can play at the good call, address it after the alarm is complete. Are your officers also being leaders? Or, are they being firefighters with a special-colored helmet or shield? There is a difference! The officer places the needs of the alarm, the company, and the civilians first. Ask yourself one question: Am I leading the team or playing on the team? If you are playing on the team, you are not leading the team.

When the entire department is part of the team, working for a team win while being more concerned about the assist rather than the goal, we have a greater chance of winning. A single superstar will never single-handedly win the championship; the great team will.

TIM PILLSWORTH is a 34-year fire service veteran and a member of the Washingtonville (NY) Fire District. He began his fire service career in Castleton, New York, and is also a past chief of the Winona Lake Engine Company in Newburgh, New York. Pillsworth has authored/coauthored articles on engine company operations, nozzle flow, personal protective equipment, and volunteerism for Fire Engineering as well as the PPE chapter of Fire Engineering’s Handbook for Firefighter I and II. He has also presented at FDIC International. Pillsworth is also a project engineer for the U.S. Army Corps of Engineers in West Point, New York.