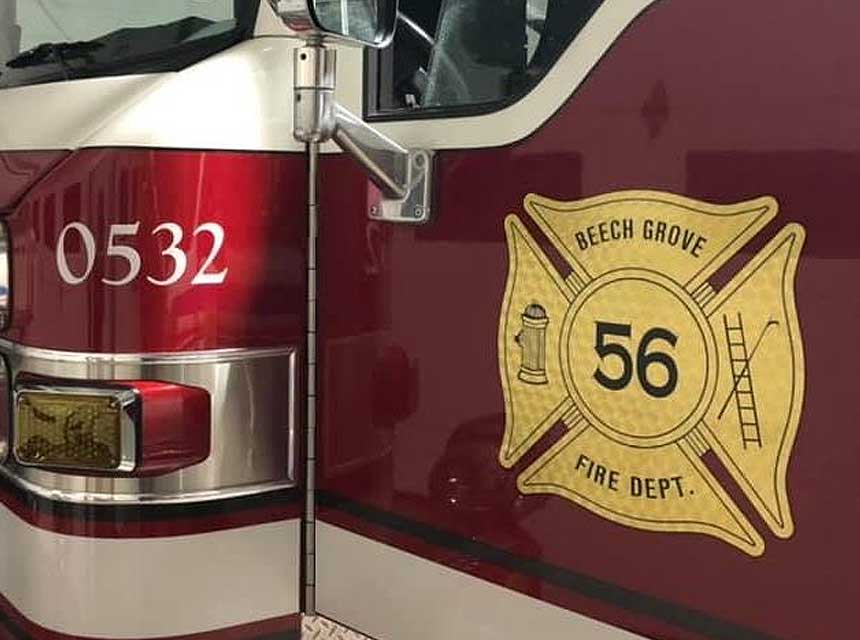 The city of Beech Grove is taking steps to hand over its nearly 100-year-old fire department to Indianapolis, becoming the first independent city to consolidate its fire services through an interlocal agreement that some Beech Grove officials say will ultimately save money.

The interlocal agreement between Indianapolis and Beech Grove, an excluded city within Marion County that has its own government, would allow Beech Grove to essentially outsource fire services to the Indianapolis Fire Department at a cost currently estimated at roughly $3.4 million in the first year of a 20-year deal.

Indianapolis would obtain the smaller city’s three fire engines, operating from one of two fire stations in the city that’s roughly four square miles on the south side of Indianapolis.

The initiative, which some Beech Grove officials have been considering for years, finally started to take shape this May when the Beech Grove Common Council voted 4-3 to allow its attorney to enter into agreement negotiations with Indianapolis. Both cities are still working out the exact details with the hope of finalizing an agreement in July to take effect by 2022.

The proposal barely passed the Beech Grove Common Council with three members expressing concern about the costs the smaller city would bear.

Former council member Gary Hall, who has since stepped down from his seat due to health issues, said he could understand the move if the agreement provided citizens better services or saved them money.

“But nowhere in this entire process did (the city) prove that to me,” said Hall, who said he polled some of the residents in his district and found the majority were against the deal. “Therefore, I voted no based on the constituents — 72% did not want it.”

“I’m very proud of our department and proud of the city and what we’ve been able to do with our budget, our people and our equipment,” Cheshire said. “But honestly, I have to tell you and everyone else, we could not operate fire protection services without the city of Indianapolis Fire Department on a daily basis.”

Beech Grove typically handles other single-engine incidents, such as car alarms or dumpster fires, on its own.

On average, each of Beech Grove’s two active fire engines make roughly 2,500 runs per year, Cheshire said, 70% of which are medical calls.

In 2020, the IFD responded to 305 incidents in the smaller city, according to IFD data.

Officials note that the consolidation would avoid duplicate services and bring resources all under the same agency.

Money to pay for IFD would come from Beech Grove’s overall budget.

“Now with this agreement in place, it provides a better service for the residents of the city,” Buckley said, “and we can focus on improving our police department.”

Buckley, who estimates the move will save the city about $750,000 each year, hopes to use those savings to boost ambulance services and raise police pay.

Under the proposed agreement, Beech Grove would pay $3,246,610 in the first year of a 20-year contract plus a one-time payment of $131,000 for fire equipment, fire officials outlined at a local meeting in April. The cost to Beech Grove would then increase by 3% each year.

That’s still less than the yearly increase that Beech Grove pays for its fire services, Buckley and fire officials note. Over the past decade, Buckley said, the fire budget has generally increased by at least 4% each year.

Indianapolis would own Fire Station 57 on the east side of Beech Grove along Churchman Avenue.

Beech Grove, however, would retain its own ambulance services that will operate out of Fire Station 56 on Albany Street toward the west.

Beech Grove’s 34 firefighters would all become IFD firefighters. Fifteen would staff the station in Beech Grove, while the others may be positioned elsewhere in the city.

President Hank Harris said it’s a good move for Beech Grove firefighters, who will see a better salary and pension.

The 2021 base salary for a three-year Beech Grove firefighter, a basic beginning position, is $68,503. An IFD firefighter with the same experience makes $76,086, Harris said.

Another benefit: professional development, such as the opportunity to train in rope or dive rescues.

“With a small department like they have with 34 members, the opportunity for promotions are just limited because when someone gets promoted they’re kind of there for a while,” Harris said. “So Indianapolis has a lot more promotion opportunities so there’s opportunity to advance.”

More: Sick and dying songbirds now in 53 Indiana counties as officials still search for cause

The Indianapolis Fire Department is also in support — on the condition, however, that Indianapolis doesn’t lose any money from the deal.

“That is an absolute,” said IFD Chief Ernest Malone. “We can’t enter into any agreement that would put the city and … the department in an upside-down situation. That’s been expressed explicitly to Beech Grove from the start.”

Hall, one of three who voted against the measure, still questioned how the city could afford to pay Indianapolis with a yearly increase.

“In 20 years, that’ll bankrupt the city of Beech Grove,” he said.

Information about cost, the transfer of equipment to Indianapolis and other aspects of the deal has been misrepresented to citizens, Hall argued.

Beech Grove is the first excluded city to join the Indianapolis Fire Department through such an agreement. Speedway and Lawrence, also excluded municipalities within Marion County, still maintain their own fire departments as do the townships of Decatur, Pike and Wayne.

The excluded city of Southport was previously covered by Perry Township fire services before the township decided to merge with Indianapolis.

The Beech Grove Council plans to vote on a more finalized agreement at its next meeting Aug. 2.

The Indianapolis City-County Council would then have to approve the funding through its budget.