When New York buffs get to reminiscing, they are likely to recall that most embarrassing of days when, fate of fates, the Third Alarm Association’s headquarters in the Bronx burned.

But it’s an ill wind that doesn’t blow someone some good, as the cliche goes, and this particular wind played a role in bringing a group of energetic young buffs on Staten Island to the fore.

When the TAA relocated in Manhattan, there was need for someone to provide canteen service on Staten Island. A group with a name as big as its ambition volunteered—the Richmond Association of Auxiliary Firemen-8-8 Fire Buff Club.

On January 24, 1961, the Staten Islanders entered into an agreement with the American Red Cross and the New York Fire Department. The pact called for the club to provide canteen service on Staten Island (or Richmond as the natives know it) 24 hours a day. The Staten Island Chapter of the Red Cross funded the operation and provided the equipment.

With a moniker as big as the one sported by the Richmondites, it wasn’t too long before they changed it. (The Super Pumper hadn’t yet been built and it would take a rig that big to carry all that hand lettering.)

In 1964, tlie club became The Signal 88 Fire Buff Club, Inc. But Staten Island wasn’t big enough to contain these enthusiasts and they have ranged fairly far in pursuit of the smoke spoor.

When a general alarm blaze struck a chemical plant in Garwood, N, J., the Signal 8-8 group turned out. The president of the chemical firm later wrote:

“The voluntary formation of the 8-8 Fire Buff Club for the purpose intended by private citizens is certainly strong evidence of the good citizenship and high public spirit of these men. Meeting this emergency was an outstanding example of intercommunity cooperation, for which all the people of our company are most grateful.”

After still another general alarmor – this one in Bayonne, N. J.—Fire Chief John T. Brennan wrote:

“The Islanders, who remained at the scene until the fire was brought under control early yesterday morning, are to he complimented for their work.”

When the worst fire in Staten Island’s history (April 20, 1963) destroyed more than 100 homes, 16 members and their wives worked with firemen, helped to evacuate citizens, and assisted at Red Cross shelters.

“In the five days that followed,” says Secretary John J. Kryger, “members worked at Red Cross disaster headquarters in all capacities until all the victims were assisted. We do this at every fire involving a family. We check on the condition of the family after the blaze is under control. If assistance is required, we notify the Red Cross.”

What started out as an enthusiastic group of buffs in their teens, has become a club whose members now wear the FDNY blue, or serve in other fire service capacities.

President John Jansen is with the Fire Patrol of the New York Board of Fire Underwriters; Vice President Roy N. Johnson is a fire alarm dispatcher in Manhattan; and Kryger, the club’s founder, is secretary. 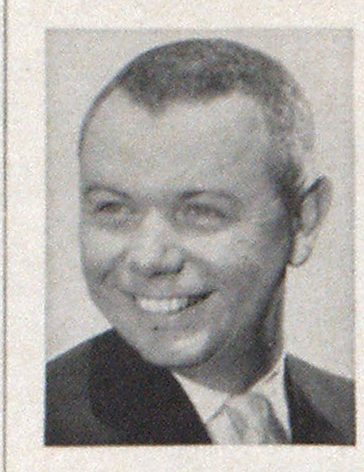 AN INTERESTING POSTSCRIPT to the unending saga of the late President Ken nedy:

The Box 4 Fire Buff Association, Inc., of Dallas, Tex., reports a second alarm was pulled across the street from the site of the assassination. The number of the alarm station: Box 13.

A second alarm was struck on the box for a smoky blaze in a transformer, oil and electric wiring in a sidewalk (vault) basement of the U.S. Post Office Terminal Annex. The fire occurred during the lunch hour!

Speaking of the energetic Box 4 group, rever( burp )ations are still being heard following the attendance of Sid “Digger” Quin at the International Fire Buff Association convention in Baltimore.

Digger brought back an idea used by Baltimore’s Box 414 Club. That fan club serves a new drink—orange and limeade to the smoke-eating blazebeaters. Now Dallas’ fans are serving the drink to their heroes. What a television commercial that soft-drink maker could make. Such sound effects, too!

And so on back to Smog Wilderness where I must confess that I have been remiss in never having mentioned my own home guards—Engine and Squad 62. Readers of this column frequently read about the exploits of the stalwarts at Stations 22. 39, and 60, but never 62’s, even though they are a fairly busy outfit.

Now it came to pass that I stopped by Engine and Squad 62’s quarters the other afternoon, where the coffee and the convivialty was, as usual, of the best.

Captain Charles J. Koyle and crew allowed as how things had been quiet for some time, with only an occasional working fire and their inevitable 10 p.m. box at 7th & Westminster.

“It’s been about a year since I pulled a second alarm,” mused Captain Doyle who hails from Chicago which alone makes him a friend to buffs and FIRE ENGINEERING contributing editors.

Now don’t get ahead of me. The bells did not suddenly go off, calling out the heroes to a second alarm. Not then, anyway.

I left about that time to return to my bride and a steak dinner. We were sitting down when Engine and Squad 62 pulled out. As they harangued past the apartment building, they seemed to lean especially heavily on the air horns.

“Sounds like they’re trying to tell you something.” said my bride, Holly.

Captain Doyle radioed in a deuce and I looked up from my baked potato to see a loomup and glow—the likes of which I hadn’t seen since the Los Angeles riots.

I wish I could report that the stalwartsof-62 saved half of West Los Angeles. But I can’t. The blaze was in an occupancy, the likes of which are not fit copy for a family magazine such as FIRE ENGINEERING which would never report that a group of houses of ill repute were aflame.

All I will say is that all hands made a magnificent stop even before I arrived. Which must say something about LAFD preplanning.

Back to Texas again where “Digger” Quin has just received an official commendation from Fire Chief C.N. Penn of the Dallas Fire Department.

The Box 4 president was cited for entering a blazing apartment building and rescuing a 22-year-old woman overcome by smoke prior to the arrival of firemen. The first-arriving companies banged in a second alarm on this one.

And while we’re on the subject of Texas, there is one fire enthusiast down there who will never qualify for any fire buff club I know of:

As reported in The Fire Fighter, that fine publication of Local No. 27, International Association of Fire Fighters, Seattle, Wash.:

“The Galveston County grand jury accused Scates of stealing a truck from a firehouse and speeding onto the Gulf Freeway toward Houston, siren screaming and red lights flashing.

“I was just on my way to visit my mother in Tyler,” Scates said.

(Thanks to Editor Marshall Bland of Engine 36, Seattle, for this tip.)

As a followup to our recent series on fire fan clubs in the Greater New York City area, we could be remiss if we didn’t take a closer look at the Signal 8-8 Fire Buff Club, Inc., of Staten Island. We’ll report more on them next month.

Over in Phoenix, Ariz., a new organization has been started, “The Hundred Club.” Members of this elite organization will pay $250 annual dues. Some 25 have joined already.

Within 24 hours of the death of a Maricopa County policeman or fireman (and probably the Arizona Highway Patrol soon) the widow will receive a $1000 check from the club. Debts, including home mortgages, also will be paid by the club.

Members are being recruited from the top businesses and professional firms. Temporary co-chairmen named were Troy Browning and Lee Ackerman.