Devoted to the protection of property exposed to damage at fires by fire or water, the Boston Protective Department has an effective force of 60 men, distributed in three stations, one of which, No. 3, is equipped with an automobile salvageduty wagon, the others having horse-drawn wagons. Some idea of the work done by the companies in twelve months may be gathered from the following figures: Number of calls answered, 2,883; number of hours duty performed by members at fires and responding to calls, assisting in fire department work, protecting merchandise after fires, covering burned roofs to prevent damage to interiors from weather and watching after fires was 7,224 hours. In the course of this work the protective force spread 4,348 covers. In addition to their fire duty, however, was the almost equally important work of protecting buildings and their contents from damage by water, where mechanical failures, accidents, incipient fifes or over-heated apartments set sprinkler systems at work. In such cases, responding to the automatic alarm operating in connection with the sprinklers, it became the duty of the protective force to shut off the flow of water, to discover and, if possible, remedy any defect in the sprinkler system and to cover merchandise in order to protect it from damage by water. In this work 67 calls were responded to, in 50 cases the trouble consisting in breaks or defects in the system, the duty-hours being 26, and 120 covers were spread. The automobile wagons of the department rendered excellent service, responding to 605 calls, entailing a total distance traveled of 2,971 miles. The total cost of maintaining the department during the year just closed was $93,073.69. 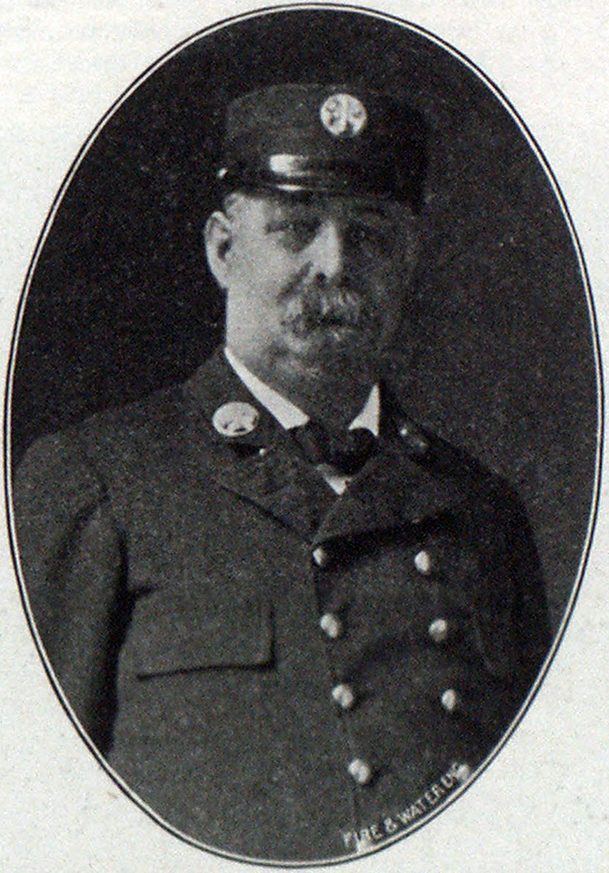 The report of the Ri ston Protective department. of which Samuel Abbott is the superintendent, is always full of interesting matter. The department has been organised for thirty-four years and has been most useful in saving property as well as life, although the latter is not the purpose for which its members have been enrolled. The department consists of sixty-three officers and men, there being, besides the superintendent, three captains, two first lieutenants, and second lieutenants, nine first-grade privates,

six second-grade, four third-grade, three fourthgrade, seven fifth-grade, eighteen auxiliary, four call, two janitors and messengers and one pensioner. The department answered 4,414 calls; was on duty 7,864 hours at fires after fires protecting goods and on watch. Four thousand, eight hundred and ninety-one covers were spread, including 341 roof, and sixty-three extinguishers were used. There were five marine fires; sprinkler calls (or operated), 123. The department has a special automobile on Knox model “9″ chassis. It was put in service on December 6, 1907. It carries a full kit of tools, twenty-one covers (stock and skylight), extinguishers, two extension-ladders (8-ft.), hook (ladder) lifeline, extra parts, etc., and is used only in the