British firefighters are to wear sensational new uniforms as part of a government campaign to recruit more women and firefighters from ethnic minorities.

The Fire and Rescue Service (FRS) recently launched a range of new, modern uniforms. The new look will probably cause a bit of a stir even outside of the British Isles. Traditional firefighter uniforms are a thing of the past – what is now being introduced is tailor-made protective clothing and uniforms for women and men–as well as for people of various religious beliefs and ethnic backgrounds. The range of clothing includes sports and leisure wear, maternity wear, and turban and hijab options, to mention but a few. FRS is hoping that the new grey-and-red uniforms will give them, in the long term, an easily recognizable national identity, which it does not have at present.

In June 2003, the British parliament issued a white paper, stating that a comprehensive reformation of the fire and rescue service was imminent. In addition to actual firefighting, the FRS’s responsibilites were to include, on a greater scale, actions to prevent dangers of fire, flooding, and natural disasters. In the wake of the terrorist attack in New York on September 11, 2001, a greater focus on the prevention of terrorism was highlighted, a focus which has naturally been emphasized after the terrorist attack in London on July 7, 2005.

There is agreement across the board that the percentage of female firefighters and firefighters from ethnic minorities must increase to make such a comprehensive initiative successful. The idea is for the FRS brigades to mirror the community they serve, which will enable them to reach out to all groups within the community to implement preventive measures. 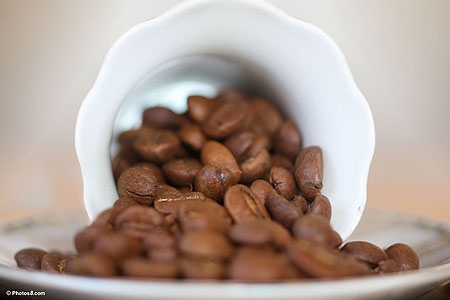 (1) Lincolnshire FRS is the first to purchase the clothing. Photos by the author.

The launch of new “ethnic” uniforms is just one of many steps taken over the plast few years as part of the government target of recruiting firefighters for a modern diverse workforce.

The launch of the the new uniforms has led to positive feedback. The national spokesperson for the Asian Fire Service Associatian (AFSA), Jagtar Singh, OBE, commented: “AFSA is pleased to note that the Fire Service is now taking seriously the issues of culture and religious belief when purchasing corporate and protective clothing for firefighters. This can only help to support the service, to recruit more black and ethnic minority men and women.”

Many people have also commented on how comfortable the uniforms are. “The uniform was comfortable in its entirety, and the trousers, for once, fitted well!” says Nicola Lown from Gloucestershire Fire and Rescue Service.

Lincolnshire FRS is the first to purchase the clothing. Lincolnshire’s Chief Fire Officer, Mike Thomas, explains: “Having been involved in the development of this clothing project, I have been particularly impressed with the robust and extensive garment trials and the development of the national identity. I look forward to seeing my operational firefighters protected to the best standards available with clothing that is clearly fit for purpose, suitable for all staff. The clothing presents a positive image of the modern fire and rescue service.”

(4) The launch of new ”ethnic” uniforms has led to positive reactions across the board.

° The origin of the FRS dates back to 1865, when the Metropolitan Fire Brigade Act was passed. It took the responsibility of firefighting off the hands of insurance companies.

• The first professional female firefighter in the UK was Mary Landon. She started her career in 1976.

• The first professional firefighter from a minority ethnic background working for the London Fire Brigade (and probably also first in the United Kingdom) was Frank Baley, who started working in 1955.

• However, both women and firefighters from a minority ethnic background were represented in the voluntary firefighting during the blitz in London during World War 2.

• The government’s target is that by 2013 15 percent of all FRS staff will be women and that the percentage of minority ethnic firefighters in each brigade will mirror that of the local community it serves.

• Hopefully the new “ethnic” uniforms will make the recruitment process run a lot more smoothly.
For the very first time all British firefighters will be able to wear the same uniform. In the past the look of the uniforms has varied from brigade to brigade.

• FRS now has the opportunity to order the clothing as its existing kit needs replacing.

• The extensive testing of the new uniforms was carried out at the Health and Safety Laboratory in Buxton. Eight women and eight men were part of the test team, and many FRS provided observers for the trials.

Camilla Grevstad Laxton, originally from Oslo, Norway, moved to London, UK, in 1996, where she has since established herself as a freelance writer. She covers a broad range of specialist topics, including firefighting, medical science, parenting issues, and food. Her articles are published in various European countries, as well as in the United States.