Recent Information of the Plant and Repairs of Forty-Inch Steel Main. 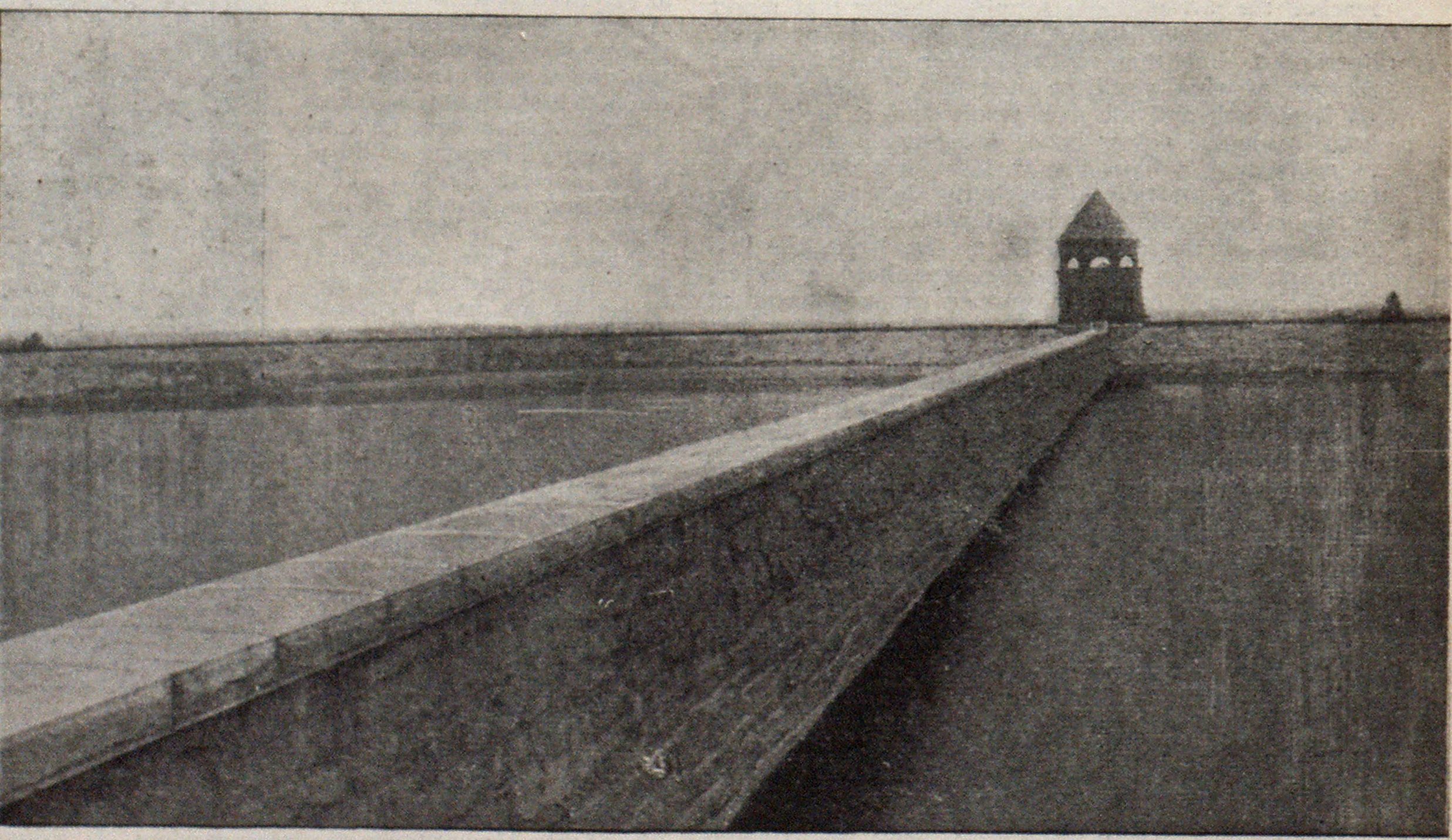 Cambridge, Mass., as was shown in FIRE AND WATER ENGINEERING for January 9, 1904, receives its whole supply, exclusive of the natural resources of Fresh Pond, through one main pipe from Stony brook dam to Fresh pond. This pipe is inadequate to supply the wants of the city, and the water board has repeatedly urged upon the council either to adopt a complete meter system or to lay an additional main to convey a larger quantity of water to Fresh pond—recommendations which have been disregarded. The present pipe line consists of 5,100 feet of thirty-six-inch cast iron pipe from Stony brook to a point near the pumping stations at the Waltham waterworks, and from thence of 34,340 feet of thirty-inch cast iron pipe to the outlet of Frish pond. This pipe line has been in use for sixteen years, and is inadequate through tuberculation, which causes friction and diminishes the capacity of the pipe, which, instead of carrying 9,500,000 gallons, carries hardly 6,000,000. An attempt will be made in the spring to clean a portion of the pipe by means of some mechanical device to be sent or drawn through it. While that is being done, the city must depend upon the Metropolitan board for a supply. But, even if it is possible to clean the whole of the pipe, the increased consumption of water indicates a pressing need of a new line of pipe. If this is not supplied, the water will run short about next July or August, if the year up to that time is very dry; otherwise, in the summer of 1905. If the cleaning of the pipe is successful, there will barely be time enough to lav the new pipe without undue haste. Tt is, therefore, recommended that the mayor he authorised to petition the legislature to issue water bonds to the amount of $500,000 for the contemplated improvement. The daily average consumption is now 8,659,463 gallons. In addition to the manufactories, business blocks, houses, etc., supplied through meters, water is supplied to 17,811 families, 619 stables, 1,857 horses, ninetv-five cows, 173 shops, 381 offices and stores, hv the following fixtures: 20,535 faucets; 7,516 washbasins; 10,787 washtubs; 7,005 bathtubs; 186 slop closets; 17,968 pan closets; four hopper closets; thirty-four urinals; seven yard hydrants; one fountain; thirteen tumbler washers; 1,913 hand hose; six motors; 1,005fire hydrants (besidenineteen on private premises) ; eight fire reservoirs; twentyeight drinking fountains in public squares; sixty-two street watering standpipes; four public sanitaries. 1 he above schedule of fixtures does not include those in schoolhouses, engine houses, police stations and other city buildings, or where the use of water is covered by meter. The total pumpage during the past year amounted to 3,160,704,360 gallons: quantity of water sold by meter, 1,074,317,360 gallons; for sprinkling streets, 60,500,000; flushing sewers, 4,000,000; cleaning sanitaries, 7,500.000; public buildings, $34,776,533; drinking fountains, 35000,000; testing meters, 34-35°! fir? purposes, 2,500,000—total, 1,218,628,635 gallons. The number of gallons daily for each inhabitant on the total amount pumped was 89.56; number of gallons daily for each inhabitant on total amount used by domestic meters, and including water used for flushing pipes, blowing-off dead ends, puddling trenches, and water used for hose and private stables, 55.03 There are 2,326 meters in service on domestic supplies and manufactories, as follows: Hersey, 1,195; Trident. 745: Lambert, 134; Worthington, sixty-two; Union rotary, fifty-nine.; Crown, forty-three; Nash, thirteen: Thomson, seven; Ball & Fitts, two; Empire, two: Gem, one; Weir, one. On public buildings, schools, etc., there are sixty-two as follows: Hersey, twentyeight; Trident, eighteen; Worthington, nine; Crown three; Union rotary, two; Thomson, one. Of all these meters 237 were added to the service during the past year. The total amount of water wasted Inflowing over the waste waterway at Stony brook during 222 hours in 1902-03, was 6,437,300.000 gallons. The population of the city (census of 1900) is 91,886. Of the mains 1,209 feet were laid as extensions in the past year—making a total of 125.35 miles in use of pipe forty-inch to two-inch; range of pressure on mains, forty-five pounds to fifty-five pounds; services (three-quarter-inch to two-inch galvanised iron, by eight-inch to three-inch cast iron). 114.16 miles in use; hydrants, 1,005; taps in use. 14,692; percentage of services metered, fifteen.