The face of the gentleman whose portrait ornaments this page of FIRE AND WATER will prove a familiar one to attendants at firemen’s conventions in almost any part of the country for some years past. Charles G. Braxmar of New York, “the badgeman,” as he is usually called in fire circles, needs no introduction to our readers, most of whom, doubtless, carry some specimen of his wares. Mr. Braxmar designed the handsome gold FIRE AND WATER testimonial medal just presented to Chief Nevins of Brooklyn, cuts of which are shown elsewhere in this issue. 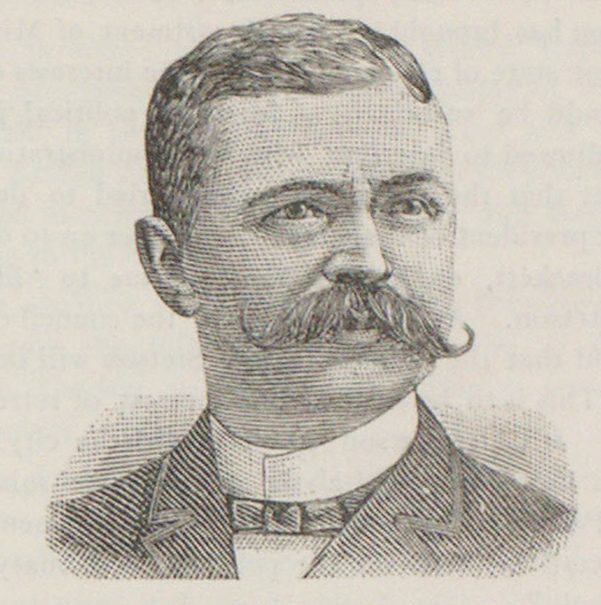 It will be needless to introduce to our readers in fire department circles the gentleman whose counterfeit presentment looks out from the type herewith. Charles G. Braxmar, “the badgeman” of New York, has been a prominent figure at about every firemen’s convention which has taken place in the United States for a number of years past, while his wares can be seen everywhere.

Mr. Braxmar is a New Yorker and was born in 1850. In his youth he traveled extensively and made many acquaintances and friends, and after he set up in business for himself in New York city as a maker of badges and medals, his trade rapidly increased and prospered. For years he occupied the premises at No. 36 Cortlandt steeet, but with the growth of his business these quarters became too cramped and he has recently removed to a handsome building, No. 47, in the same street, where he now has a most completely equipped factory and offices, and awaits his friends and their orders with the serene consciousness of being abundantly able to take care of them all.