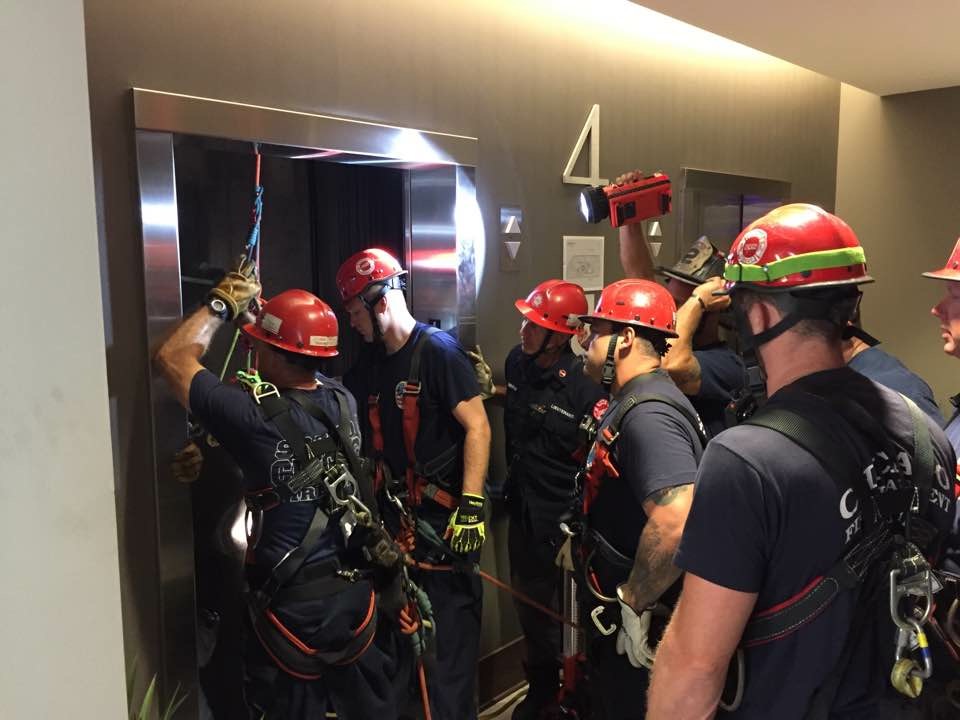 On July 23, 2016, Chicago (IL) Fire Department’s Tower Ladder 10 responded to a high-rise building on North Halsted for a report of four girls stuck on an elevator.

The crew attempted to reset the elevator to see if it would respond, but this did not work. Tower 10 then told Main Fire that it needed a blind shaft elevator response.

The elevator car was stuck between floors 2 and 3, so firefighters locked out the elevator and set up on the 5th floor with ropes and a pulley system and worked on the 4th floor.

After lowering a firefighter down the shaft, he found the four girls, who had been trapped for two hours and were in good spirits.

Firefighters worked to bring the four girls up by rope to the 4th Floor. After each girl was brought up, they were checked out by an ambulance.