Chief Louis Behrens of the fire department of Charleston, S. C., was re-elected by the hoard of fire masters of that city on January 8. At the same time Assistant Chiefs J. J. Bennett, G. H. Benedikt and J. H. Wohlers were all re-elected. The board submitted the names of the chiefs as re-elected and at the same time the budget for the fiscal year to the city council for confirmation and this was accepted by the council on the next evening.

Chief Behrens has been a fire-fighter for 48 years and is the only member now connected with the department who joined it when it became a paid one in 1881. He has also served for a number of years as president of the South Carolina State Firemen’s Association. 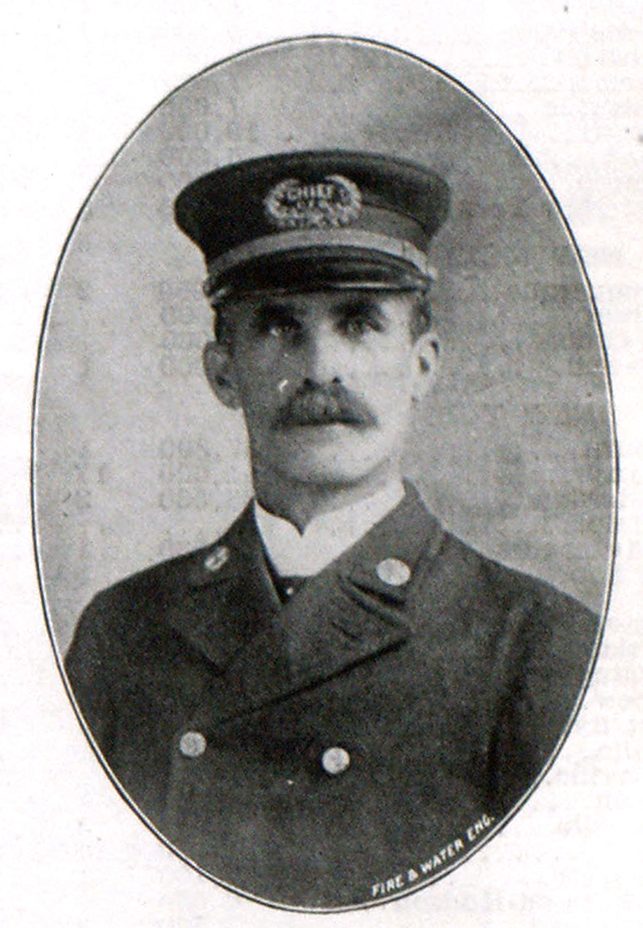 At a meeting of the board of firemasters of Charleston, S. C., on January 2 at fire headquarters, Chief Louis Behrens was reelected for the new term and John H. Steenken, chairman of the board. Henry P. Williams was reelected vice-chairman; Captain J. J. Bennett, first assistant chief: G. H. Benedick, second assistant chief, and John Wohlers, third assistant chief. The members of the board are as follows: John H. Steenken, Henry P. Williams, Andrew J. Riley, Julius Brown, John P. Michel, D. L. Jervey, Theo. Poppen, John J. Madden and the Hon. John P. Grace, mayor, ex-officio. Captain Bennett succeeds First Assistant Chief A. J. Meyers, who was retired on half-pay on January 1 by the board of trustees of the firemen’s fund. The recommendation by Chief Behrens for a city service truck and one-ton chassis suitable for body of wagon for fire alarm purposes was approved by the board. Chief Behrens on his re-election automatically became secretary of the board.

Chief Behrens is approaching the forty-sixth anniversary of his entrance into the Charleston department. He was born in Charleston, July 21, 1860, and was graduated from Professor C. H. Gergman’s school. In 1876 he joined the department, being at that time a cabinet maker, becoming a member of the volunteer Charleston hook and ladder company No. 2. In 1878, he enrolled with the German Steam Fire Company, with which he served until 1881, when the paid department was organized, and the volunteer system done away with. He took service as a callman in the paid department, being assigned to Engine Company No. 1. In March, 1885, Callman Behrens was made foreman of company No. 1, holding this rank until 1898, when he was elected assistant chief of the department.

In April, 1900, Chief Behrens was sent by Chief Marjenhoff to New York City, where he took a month’s course in the New York Fire College. That month proved to be a most valuable one, for it gave Charleston its school of instruction, which gives all candidates for appointment to the force a training that is indispensable. There he rolled to fires with Hook and Ladder Company No. 18, answering 108 alarms in 30 days. At the expiration thereof he was awarded a diploma for proficiency. In January, 1907, he was elected chief of the Charleston fire department, succeeding Chief O. G. Marjenhoff, whom death removed from office after a distinguished career.

In 1913, accompanied by Fire Master Henry P. Williams, Chief Behrens visited the larger cities of Europe, where he was extended courtesies by the heads of the various departments and learned much concerning the methods employed by systems, some of which are supposedly the best.

Milwaukee to have a Flushing Tunnel.