For the twenty-fifth year, Chief Louis Behrens, head of the Fire Department in Charleston, S. C., has been reelected to his office at the annual meeting of the Board of Firemasters.

On January 6 Chief Behrens began his fifty-fifth year with the Charleston Fire Department and his aftieth year as a member of the paid department.

In 1900 the Board of Fire Masters at the advice of Chief O. G. W. Margenhoff, sent Mr. Behrens to New York for intensive training with the New York Fire Department. There he was assigned to Hook and Ladder Company No. 18 and served in the life saving corps of the department.

On January 7, 1907, Mr. Behrens was appointed Chief of the Charleston Fire Department and he has served continuously since then. He has never missed a day from service during the course of the whole fifty-five years, except such as were necessary because of injury acquired in the course of duty. 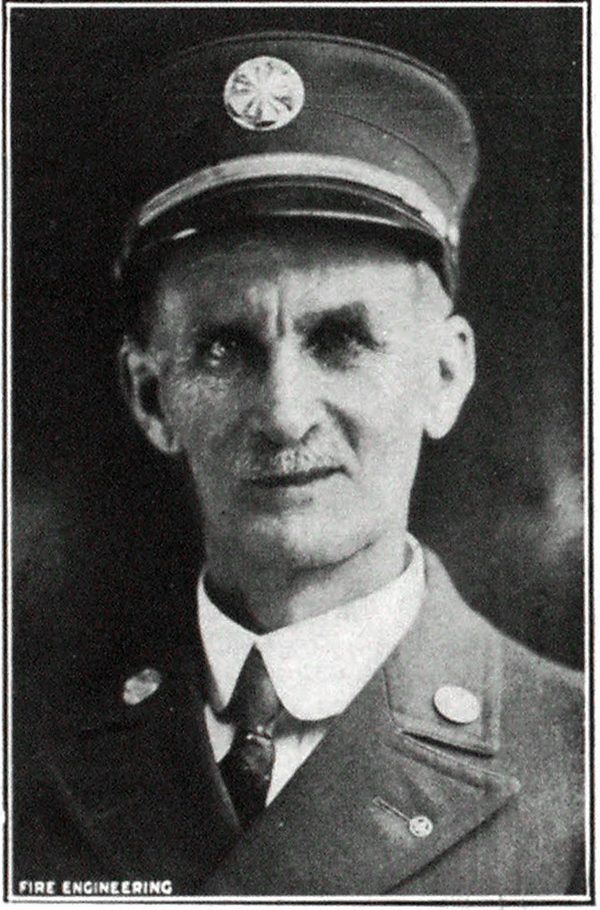 For the twenty-fourth year, Louis Behrens of Charleston, S. C., was re-elected head of the fire department.

When he joined the old volunteers he was sixteen years old. For fifty-four years he has been fighting fires. He is a firm believer in the value of good discipline in building up a fire department.

Chief Behrens announced that the city will soon cal! for bids for the purchase of a 750-gallon pumper and three thousand feet of hose.

THE WATER SUPPLY OF MARION