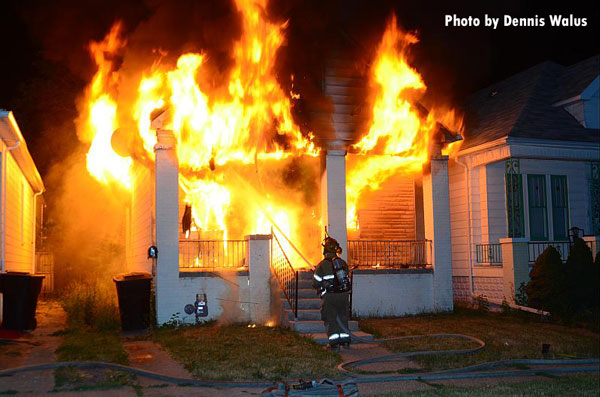 Fire photographer Dennis Walus recently shared some images of firefighters responding to a recent residential fire in the city of Detroit.

On Friday, June 24, 2016, at approximately 2230 hours, companies were dispatched to to a reported dwelling fire at McDougall & Carpenter. Hamtramck Engine 1 arrived on the scene and reported a dwelling fully involved and stretched. Chief 8 arrived on the scene and assumed incident command. Companies preformed an interior attack and brought the fire quickly under control. Hamtramck Engine 1, Engine 44, 56; Ladder 18, Squad 3, and Chief 8.