DUBLIN AND ITS FIRE PROTECTION

Dublin, Ireland’s capital, is to be congratulated on the superintendent of its fire brigade. Chief F. P. Purcell is not only an expert firefighter and an acknowledged authority on the subject, but is, besides, a mechanical engineer and waterworks man, having constructed many important works, amongst them the Limerick system. The Dublin fire department has profited beyond measure by his talents. He may be said to have revolutionised it by the introduction of a corps of thoroughly drilled firemen, and the adoption of all modern appliances, of home and foreign manufacture, including the Archibald roller-bearing wheels for the apparatus. Among these improvements is a new fire escape of Chief Purcell’s own invention, consisting of a series of trussed ladders fitted telescopically and pivoted at the lower end in a steel turntable revolving by bronzed gearing within its base, the whole being mounted on a four-wheeled truck, with locking forecarriage. lever brake and pole for two horses. This escape, which was fully described in FIRE AND WATER of October 27, 1900, can be raised to a height of sixty-six feet, and automatic safety devices are provided. so that the ladders will remain up at any angle or height required without attention. A small fifteen-foot trussed ladder and a trussed extension ladder to reach twenty-eight feet, hose, etc., are also carried on the truck in the framing beneath the main ladder. A new three-story station has also recently been built. Like the new one in Lower Buckingham street, it is in every way up-to-date, being constructed on the lines of an American fire house, with sliding poles, sixty-foot hose drying tower, etc., with others to follow. The Dublin firemen are all picked men, well trained, active, and intelligent, and, of course, full of pluck. The buildings in Dublin are of a much more fire-resisting nature than the generality of thosein New York. At the same time many are very old and ramshackle structures, which, when they do burn, go up very quickly and with a fierce blaze, so that the brigade, when called out, is always prepared for any emergency. Last year it received 254 calls, of which four were to fires outside of the city. Of the remaining calls 133 were to actual fires—sixteen less than in 1903; 114 to chimneys; and four to houses blown down in the fearful storm of February 26, from the debris of which several persons were rescued during the height of the gale under circumstances of much danger and difficulty. The total value of property exposed to risk in the city and attended by the brigade was $6,757,860, and the total loss was only $55,655—being considerably under the average for the twenty years previous. The only serious loss was one in which an employe, instead of calling the brigade by telephone, tried to extinguish the blaze with a small hose, which leads Chief Purcell to point out the necessity of installing automatic detection in all valuable risks. The firefighting staff consists of a chief superintendent, assistant superintendent, three station officers, inspector, two foremen, forty firemen, with one turncock detailed by the water department for special night duty with the brigade. Three firemen are employed nightly in theatres and other buildings. There are four stations, the central being at present at Chatham row. The apparatus in service is as follows: Steamers (800-gallon, 300-gallon and 200-gallon), three; aerial extension ladder; hose tenders, with accessories, three; hose wagon; ambulance wagons, two; trap, four-wheeler; hand hose carts, two; telescopic fire escapes, eight; telescopic ladders, three; hand pumps, fourteen; standpipes, seventeen; branch-pipes, twenty-five; hose, two and three-quarter-inch canvas, 12,600 feet; canvas, three and one-half-inch, 125 feet; smoke helmet; jumping sheets and life-lines, fourteen; horses, twelve. An approach to a regular fire alarm system has been made by installing twelve fire alarm posts, with telephones connected directly by underground metallic circuits with distinct fire stations. All the stations have direct telephone communication with the central station, and the department is connected by duplicate lines with the Telephone company’s exchange. During the year the service was maintained in a fairly satisfactory manner. A number of inspections were made of factories and workshops, with a view to the protection of and facilities for escape for the employes. During the year 1,295 calls for ambulances were received; first aid was rendered in all cases by trained firemen, whereby much suffering was avoided. This service is becoming more and more appreciated every year. It was established in 1899, when only 537 calls were sent in. The new Northwestern district station at Dorset street, of which a view is given herewith, combines every modern improvement required for the convenient and effective working of the brigade, as well as proper provision for the health and comfort of the firemen and their families. Two other sites have been secured on the South Side, at Brunswick and Thomas streets, on which new stations will be built in the near future. That at Great Brunswick street will be for the much needed central station. The view of the new Dorset street fire house will give a good idea of the style and stability of the buildings in which the firemen of Dublin and their apparatus are housed. 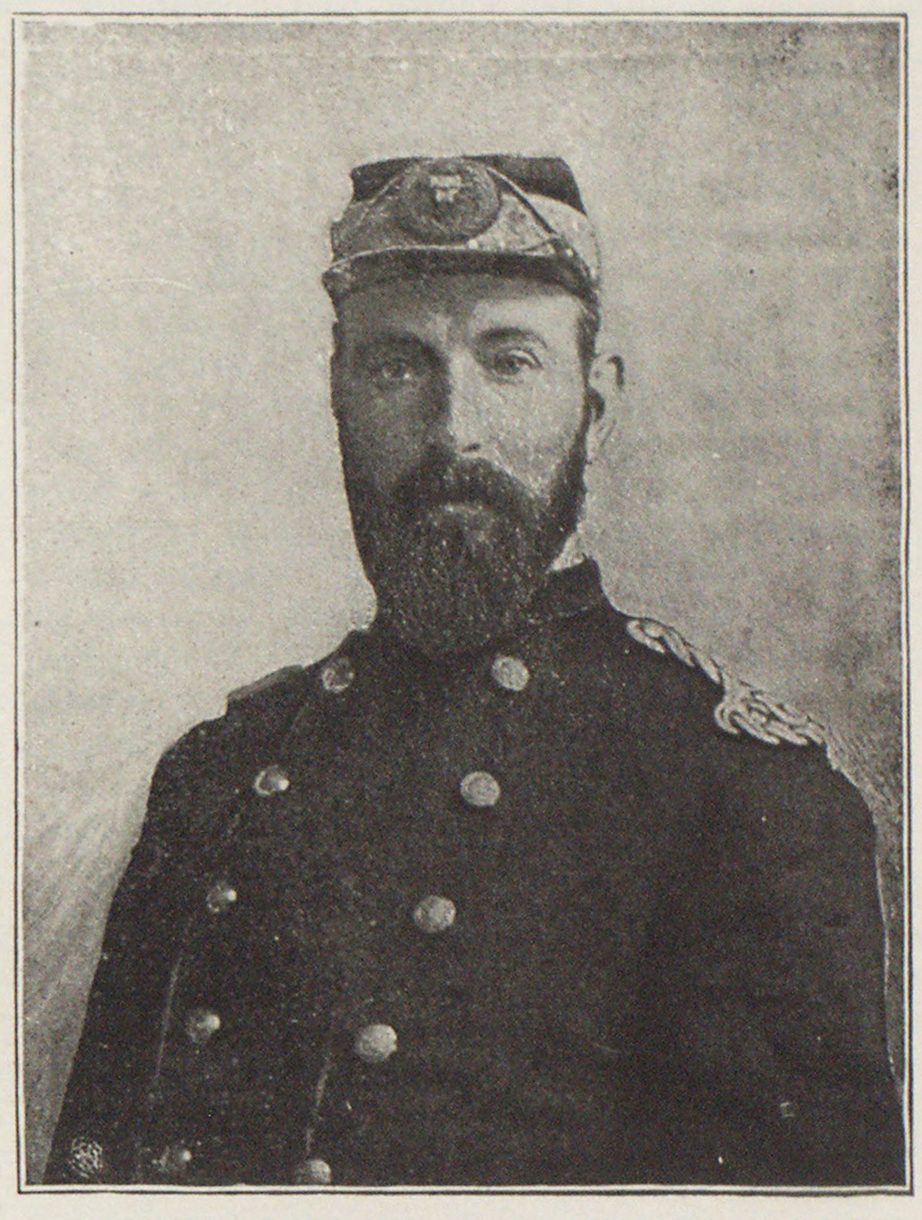 DUBLIN AND ITS FIRE PROTECTION.

IF only for the sake of comparison with American methods of fire fighting, the reports of the fire departments of foreign countries prove interesting reading That of Thomas P. Purcell, chief of the fire brigade of Ireland’s metropolis, is no exception to the rule The number of calls received in 1899 was 291—an increase of five over those of 1898, and yet thirty-six below the average of the past twenty years. Of these nine were beyond the limits of the city of Dublin; three were false; and 128 were for chimneys on fire. The total number of actual fires was 159—an increase of seventeen over those of the preceding year—eight of which resulted in “serious loss”—more than $2 500—thirty-six, in medium losses—from $250 to $2,500; and 115 where the loss was slight. The total amount of property at risk from fires attended by the brigade was valued at $2,290,255; of this $430,000 was outside the city, and the total loss sustained was $130,155—the loss within the city—| $104,105—was $80,275 less than in 1898, and $30000 below the average of the past twenty years. The fire brigade turned out with horses and appliances on 140 occasions—eighty-five times during the night. All other alarms were attended to by firemen with handpumps. Twenty-fou_____ thousand feet of hose were laid and used at fires. Besides operating at these fires and watching after them, 6,205 night watches averaging eleven hours, were kept by firemen on station and escape duty, and 1,344 nights in charge of theatres and other public buildings— three firemen employed—at the expense of the last. The personnel of the brigade is as follows: Chief superintendent; inspectors, two; firemen, forty-four; turncocks, two—one for night, the other for day duty. The total amount paid the firemen during the year was $7,625.06; to supernumeraries at escapes and fires, $58. The average weekly cost of feeding and bedding each horse belonging to the brigade was $2. There was added during the year a new aerial extension fire escape, with three telescopic ladders for “horse haulage.” All the stations are in direct telephonic communication with the central station, and the brigade is connected night and day by duplicate lines with the Telephone company’s exchange. The telephone affords the principal means of communicating with the brigade, and during the year, 176 messages were attended to. The brigade’s special wires were also utilized by firemen, policemen, and others to report burst water pipes, broken area gratings, defects in paving, dangerous obstructions, etc., all of which were communicated to the proper departments. The ambulance branch of the service was effectively worked by members of the brigade, who were trained by its medical officer. Five hundred and thirty-seven calls were received and “ first aid ” rendered in many cases of fracture, etc., before removing the injured person to the hospital—a service (established for the first time in the city) which was much appreciated, and Chief Purcell has been highly complimented by the hospital surgeons “on the admirable manner in which [his] men handled the cases.” At a general ambulance competition, a team of Dublin firemen won the first prize from twelve competing teams From this it will be seen that the British firemen, like their brethren on this side of the Atlantic, are handy fellows, whose services are in constant requisition for all sorts of odd jobs. Chief Purcell appends to his report a list of all the fires and their causes. On looking it over it strikes the American reader as at least peculiar that the alarm for the fire should have been “ brought in ” by a citizen or a policeman. But it must be remembered that Dublin has not a fire alarm telegraph system as American cities have, and that, therefote, there are no fire alarm boxes installed in the streets, as is the case over here. Hence, were it not that the houses in the Irish capital are so solidly built as to be of a very slow-burning type, the delay consequent on such a lack of system in turning in alarms might result (as it would in American cities) in a very destructive conflagration. Chief Purcell’s record, however, in spite of all the disadvantages attendant on that spirit of conservatism in adopting improvements in fire service,is a good one, and there is no doubt as to the pluck and intelligence of his men—when once they get to work.